Has Rahm Emanuel Foreshadowed the Death of the Democrat Party 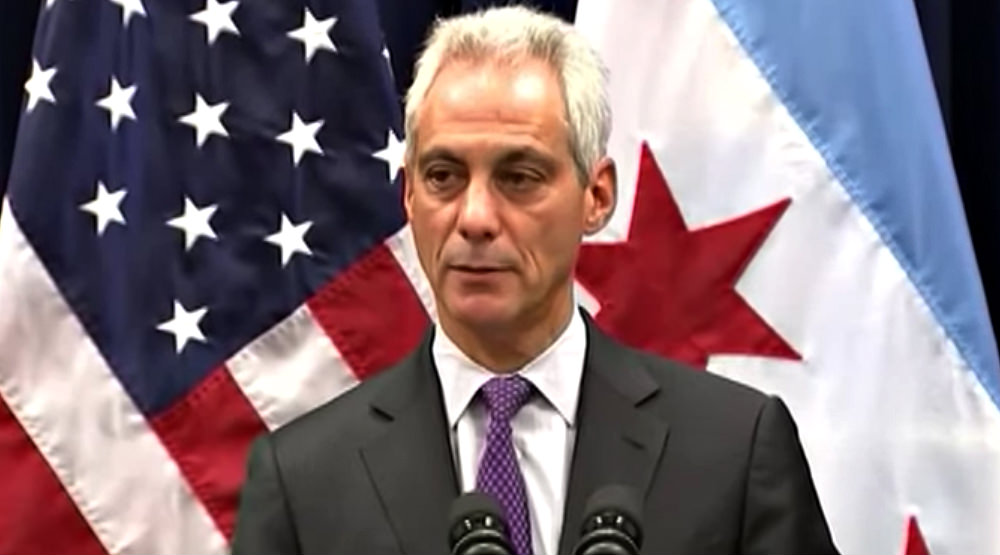 Rahm Emanuel, democrat Mayor of Chicago, had some sage advice for all the other hard leftists in the Party nationwide.

In a speech  he gave on Monday at Stanford University, he told his fellow dems to “Take a chill pill, man. You gotta be in this for the long haul.” He also added that if some had dreams of winning back power two years from now, “It ain’t gonna happen in 2018.”

Ahhh – music to my ears. But if they keep this up – he’s right – they will be hard pressed to win anything in 2018 – or beyond. And that is Emanuel’s point.

In others words, I will hide my outward radical leftist façade from the public and remake myself into a respectable member of society. I will stop marching and protesting and trade in my Che Guevara t-shirt for a suit. I’ll still be a Marxist. I will just no longer look and sound so conspicuous and scary.

Although Rahm elected not to share the same guidance, he did have some similar advice as to how they can fool the electorate going forward. After all, that is the mantra of the democrat party. “How can we fool them today?”

He shared with the Stanford audience, his “road map” back to power – putting moderate candidates such as veterans, football players, sheriffs and business people up in Republican districts, picking battles with Republicans, exploiting wedges within the GOP and fighting attempts to redistrict Congress on partisan grounds.

The problem with trying to put moderate democrats in Red State races is there is no longer any such thing as a moderate democrat. There hasn’t been one for quite some time. Your party has seen to that, with the election of Obama.

Fact is, the democrat party has grown more radical every year since they lost to George W. Bush in 2000. Then in 2008, it really took a turn toward the Marxist American Party. They have since fallen further down the rabbit hole into anarchy.

Lieberman, Al Gore’s running mate in the 2000 presidential election, said in 2008 that, “The Democratic Party today was not the party it was in 2000. It’s not the Bill Clinton-Al Gore party, which was strong internationalists, strong on defense, pro-trade, pro-reform in our domestic government. It’s been effectively taken over by a small group on the left of the party that is protectionist, isolationist and basically very, very hyperpartisan. So it pains me. I’m a Democrat who came to the party in the era of President John F. Kennedy. It’s a strange turn of the road when I find among the candidates running this year that the one, in my opinion, closest to the Kennedy legacy, the John F. Kennedy legacy, is John S. McCain.”

And he’s right. McCain has morphed into a Sam Nunn democrat – strong on defense and leaning left on virtually everything else.

Emanuel, for all his faults – and there are many – can see the writing on the wall. And it says that if they don’t grab hold of the Party now, radical ideologues will drive it over a cliff.

Let’s all shed a tear.