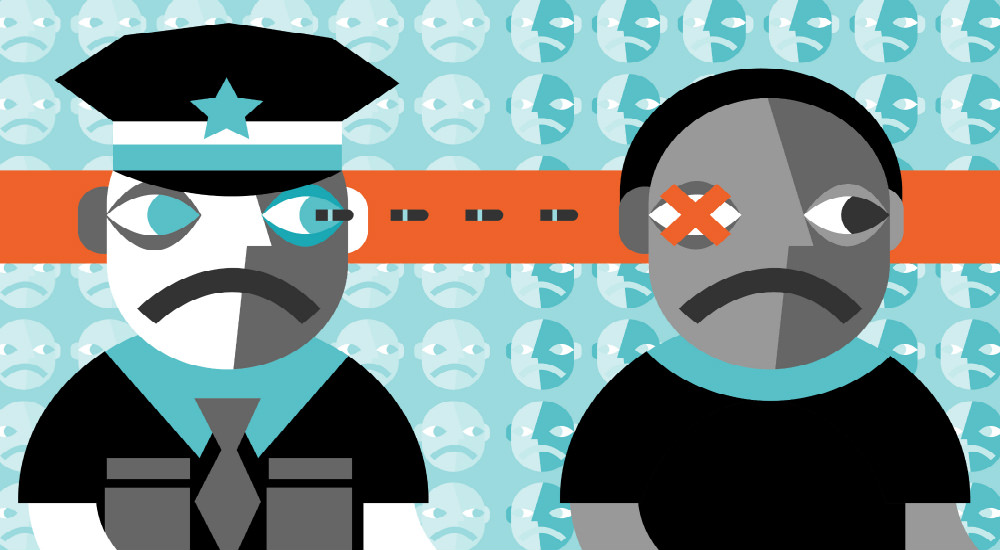 I am daily confounded at the political correctness and the complete inability to correct, criminal and psychotic acts. Love and kindness makes babies it does not identify cold blooded killers, nor does it make you any less dead by kissing the killer(s) on the hand! You never go to heart doctor to get your car fixed, nor do you go to McDonald’s to get barbecue. So every day each American makes a distinct choice to, in effect, profile. Profiling can apply to decisions on what to eat, where to eat, who to hang out with – it’s all profiling, we just don’t call it profiling.

As a society we generally lack the ability to understand an issue until we identify the problem and then put in place a direct plan to correct it. With most issues, especially political issue, we spin our wheels and accomplish nothing because we aren’t willing or able to identify the actual problem.

Now as it relates to racial profiling: most serial killers are white males, this is simple statistical fact. If there is a serial killer on the loose do you expect the police to put out a all-points-bulletin for a Black elderly woman? That would be stupid, indefensible, reckless and would make you and your department look like fools. So yes, police departments in this scenario are going to give out a profile and investigate accordingly. Does that make all white males serial killers? No but ignoring the profile specifics would only lead to more dead neighbors.

Similarly, are we allowed to say that all Muslims are not terrorists but 99% of all terrorist are Muslims and are mostly male? Should we then not profile and put in place a plan to deal with these enemies of our country? Should we pretend male Muslims don’t threaten this country? This mentality would show a complete lack of judgment and allow our country and it’s people to continue to be taken advantage of – something like shooting American fish in a Muslim barrel.

This notion that because we Americans are loving, kind and welcome anyone, under any circumstances, is the height of ridiculous stupidity! If you as a politician find it advantageous to place targets on your families and friends back, you don’t have my vote. If you as a politician find it appealing to allow even 1 possible terrorist into our United States of America through the porous border or laughable immigration process,  do us a favor – give them your address, stick your family in the front yard, and let them be used for target practice by these fanatical terrorist hell-bent upon this country’s destruction. Further, this notion that refugees can be vetted is the most absurd, unbelievable farse ever perpetrated on the U.S. population. You’re telling me if we call up Assad in Syria, ask him a few questions, and hear him read the Pledge of Allegiance off the internet he should be good to go? Are we insane?

It is time to stop the hand wringing, hugging Syrian refugees and build a wall to make AMERICA SAFE AGAIN!