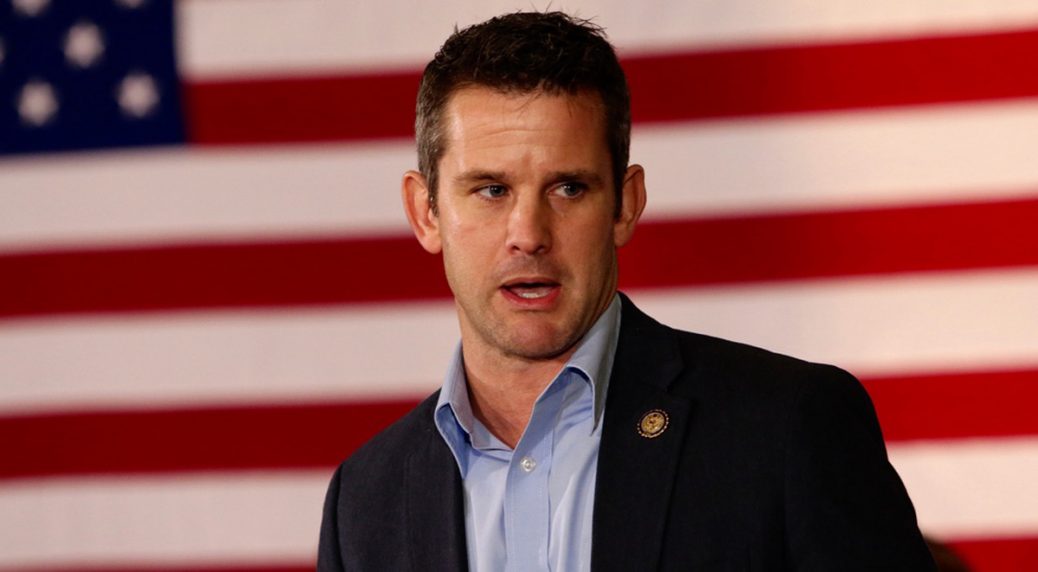 Petulant never Trump loser and outgoing Illinois Congressman Adam Kinzinger laughably said that he would like to face Donald Trump in a primary for the upcoming 2024 elections.

Despite being the media’s go-to Trump hater and general Republican turncoat, Kinzinger was redistricted out of his congressional seat in western Illinois. So, all his whining, anti-Trumpism, and his giving succor to the anti-American Democrats, didn’t do him a lick of good.

To add to his current farce, Kinzinger now absurdly thinks he has the standing to primary Trump in 2024.

I asked Kinzinger whether he wants to run against Trump, who is expected to mount a third campaign for president. “I would love it. I really would,” he said, his eyes instantly widening. “Even if he crushed me, like in a primary, to be able to stand up and call out the garbage is just a necessary thing, regardless of who it is. … I think it’d be fun.”

This guy really is a fool.

He was catapulted into office by riding the wave of the Tea Party back in 2010. But almost as soon as he got into office, he began to turn away from the Tea Party and toward the old-line, establishment GOP.

Kinzinger mistakenly reckoned that the Tea Party was a temporary fad and if he intended to grow his career, he’d have to appeal to the establishment to attain power.

What he didn’t realize is that the Tea Party was only the start of the new populism of the GOP, and since he so quickly and irrevocably turned his back on them, he actually hurt his standing in the party.

Worse, since there is no subtlety about this guy, he went even more over the edge once Trump won office. He eventually became just another shrill MSNBC talking head with no career and nowhere to go.

He seems to still harbor strange pretensions that he could be elected to some office or another in Illinois. But, more than likely, his political career is mercifully over.

This final plea for attention is Kinzinger’s most idiotic attempt yet.