Quotable Quotes You Need to Heed 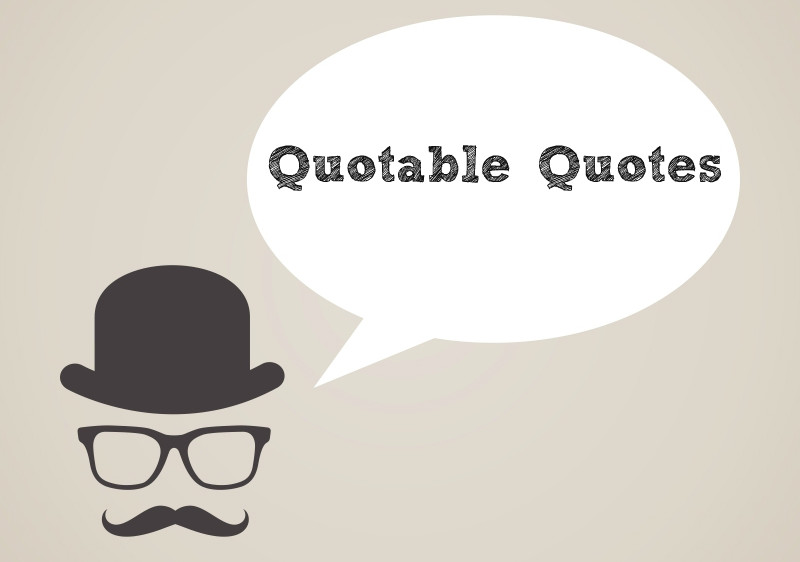 QUOTES FROM THE POWERFUL:

“It is the sacred principles enshrined in the UN Charter to which we will henceforth pledge our allegiance.”
George Herbert Walker Bush, Speech at the UN, February 1, 1992

“History records that the money changers have used every form of abuse, intrigue, deceit, and violent means possible to maintain their control over governments by controlling the money and its issuance.”
James Madison (1751-1836), Father of the Constitution for the USA, 4th US President

“[The British oligarchy’s] religion is not the Anglican Christianity they publicly profess, but a hodgepodge of paganism, including Satanic cults such as Theosophy and Rosicrucianism [neither is genuine]. The central, syncretic ideology of the oligarchy’s inner cult life is the revived Egyptian drug cult, the myth of Isis and Osiris, the same anti-Christian cult that ran the Roman Empire. And like the ancient Isis-worshipping Egyptian dynasties, the British ruling family networks have maintained power for centuries by keeping the secrets of their intrigues WITHIN THE FAMILY.” Dope, Inc.: The Book that Drove Henry Kissinger Crazy, by EIR; Part 3, Ch 10: The Families Behind the Drug Empire

“Almost all people are hypnotics. The proper authority saw to it that the proper belief should be induced, and the people believed properly.” Charles H. Fort

“The common enemy of humanity is man. In searching for a new enemy to unite us, we came up with the idea that pollution, the threat of global warming, water shortages, famine and the like would fit the bill. All these dangers are caused by human intervention, and it is only through changed attitudes and behavior that they can be overcome. The real enemy then, is humanity itself.” – Richard Haass- Club of Rome

“When the people fear their government, there is tyranny; when the government fears the people, there is liberty. Whenever the people are well-informed, they can be trusted with their own government.” – Thomas Jefferson

• “I care not what puppet is placed upon the throne of England to rule the empire on which the sun never sets. The man who control’s Britain’s money supply controls the British empire, and I control the British money supply.” – Nathan Rothschild

• “I believe that banking institutions are more dangerous to our liberties than standing armies. If the American people ever allow private banks to control the issue of their currency, first by inflation, then by deflation, the banks and corporations that will grow up around the banks will deprive the people of all property – until their children wake-up homeless on the continent their fathers conquered.” – Thomas Jefferson

22 Quotes That Lay Out The Elite’s Agenda

1. “In the next century, nations as we know it will be obsolete; all states will recognize a single, global authority. National sovereignty wasn’t such a great idea after all.” Strobe Talbot, President Clinton’s Deputy Secretary of State, as quoted in Time, July 20th, l992.

2. “The American people will never knowingly adopt Socialism. But under the name of “liberalism” they will adopt every fragment of the Socialist program, until one day America will be a Socialist nation, without knowing how it happened.” Norman Thomas, for many years U.S. Socialist Presidential candidate.

3. “Today the path of total dictatorship in the United States can be laid by strictly legal means, unseen and unheard by the Congress, the President, or the people. Outwardly we have a Constitutional government. We have operating within our government and political system, another body representing another form of government – a bureaucratic elite.” Senator William Jenner, 1954

4. “We are grateful to the Washington Post, The New York Times, Time Magazine and other great publications whose directors have attended our meetings and respected their promises of discretion for almost forty years. It would have been impossible for us to develop our plan for the world if we had been subjected to the lights of publicity during those years. But, the world is now more sophisticated and prepared to march towards a world government. The supranational sovereignty of an intellectual elite and world bankers is surely preferable to the national auto-determination practiced in past centuries.” David Rockefeller, Baden-Baden, Germany 1991

5. “The real truth of the matter is, as you and I know, that a financial element in the larger centers has owned the Government ever since the days of Andrew Jackson.” A letter written by FDR to Colonel House, November 21st, l933

6. “The depression was the calculated ‘shearing’ of the public by the World Money powers, triggered by the planned sudden shortage of supply of call money in the New York money market….The One World Government leaders and their ever close bankers have now acquired full control of the money and credit machinery of the U.S. via the creation of the privately owned Federal Reserve Bank.” Curtis Dall, FDR’s son-in-law as quoted in his book, My Exploited Father-in-Law

7. “The New Deal is plainly an attempt to achieve a working socialism and avert a social collapse in America; it is extraordinarily parallel to the successive ‘policies’ and ‘Plans’ of the Russian experiment. Americans shirk the word ‘socialism’, but what else can one call it?” H.G. Wells The New World Order 1939

8. “Ultimately, our objective is to welcome the Soviet Union back into the world order. Perhaps the world order of the future will truly be a family of nations.” President George Bush Texas A&M University 1989

9. “Under Socialism you would not be allowed to be poor. You would be forcibly fed, clothed, lodged, taught, and employed whether you liked it or not. If it were discovered that you had not the character and industry enough to be worth all this trouble, you might possibly be executed in a kindly manner. . . .” Fabian Socialist Bernard Shaw in his Intelligent Woman’s Guide to Socialism and Capitalism, 1928.

10. “We are moving toward a new world order, the world of communism. We shall never turn off that road.” Mikhail Gorbachev 1987

11. “National Socialism will use its own revolution for establishing of a new world order.” Adolph Hitler during World War II

12. “I am a most unhappy man. I have unwittingly ruined my country. A great industrial nation is controlled by its system of credit. Our system of credit is concentrated. The growth of the nation, therefore, and all our activities are in the hands of a few men. We have come to be one of the worst ruled, one of the most completely controlled and dominated governments in the civilized world. No longer a government by free opinion, no longer a government by conviction and the vote of the majority, but a government by the opinion and duress of a small group of dominant men.” President Woodrow Wilson 1916

13. “It is well enough that people of the nation do not understand our banking and monetary system, for if they did, I believe there would be a revolution before tomorrow morning.” – Henry Ford

14. “The drive of the Rockefellers and their allies is to create a one-world government combining super capitalism and Communism under the same tent, all under their control…. Do I mean conspiracy? Yes I do. I am convinced there is such a plot, international in scope, generations old in planning, and incredibly evil in intent.” – Congressman Larry P. McDonald, 1976, killed in the Korean Airlines 747 that was shot down by the Soviets

15. “Some even believe we (the Rockefeller family) are part of a secret cabal working against the best interests of the United States, characterizing my family and me as ‘internationalists’ and of conspiring with others around the world to build a more integrated global political and economic structure – one world, if you will. If that’s the charge, I stand guilty, and I am proud of it.”
– David Rockefeller, Memoirs, page 405

16. “It is the system of nationalist individualism that has to go….We are living in the end of the sovereign states….In the great struggle to evoke a Westernized World Socialism, contemporary governments may vanish….Countless people…will hate the new world order….and will die protesting against it.” – H.G. Wells, in his book, “The New World Order”, 1940

17. “To achieve world government, it is necessary to remove from the minds of men their individualism, loyalty to family traditions, national patriotism, and religious dogmas.” – Brock Adams, Director UN Health Organization

18. “We need a program of psychosurgery for political control of our society. The purpose is physical control of the mind. Everyone who deviates from the given norm can be surgically mutilated. The individual may think that the most important reality is his own existence, but this is only his personal point of view. . . Man does not have the right to develop his own mind. . . . We must electronically control the brain. Someday armies and generals will be controlled by electronic stimulation of the brain.” Dr. Jose M.R. Delgado, Director of Neuropsychiatry, Yale University Medical School, Congressional Record, No. 26, Vol. 118, February 24, 1974.

19. “One of the least understood strategies of the world revolution now moving rapidly toward its goal is the use of mind control as a major means of obtaining the consent of the people who will be subjects of the New World Order.” From The National Educator, K.M. Heaton

20. “We are on the verge of a global transformation. All we need is the right major crisis and the nations will accept the New World Order.” – David Rockefeller

22. “Today, America would be outraged if U.N. troops entered Los Angeles to restore order. Tomorrow they will be grateful! This is especially true if they were told that there were an outside threat from beyond, whether real or promulgated, that threatened our very existence. It is then that all peoples of the world will plead to deliver them from this evil. The one thing every man fears is the unknown. When presented with this scenario, individual rights will be willingly relinquished for the guarantee of their well-being granted to them by the World Government.” Dr. Henry Kissinger, Bilderberger Conference, Evians, France, 1991