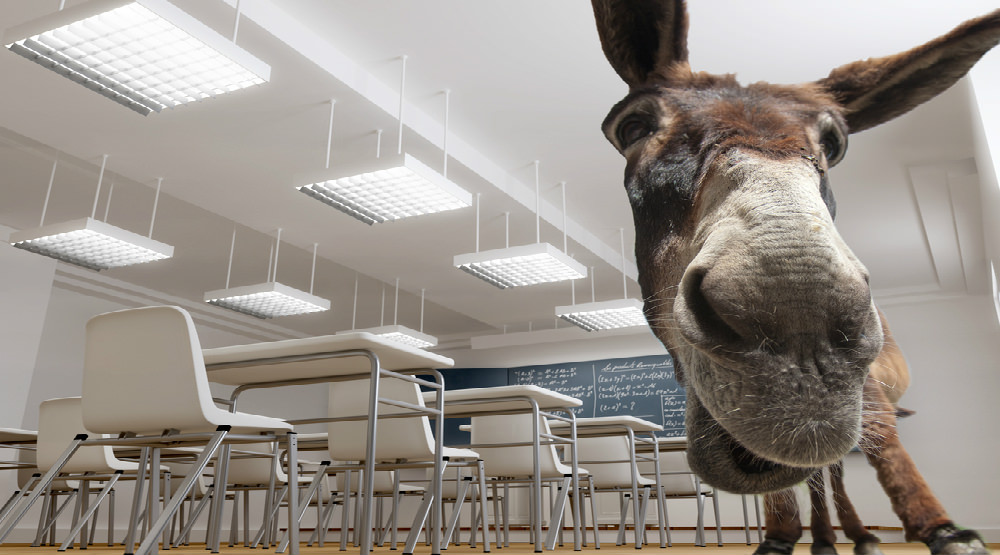 Over the last few decades, the state-run indoctrination centers have seemingly lost all focus on education. Instead, they concentrate on social issues.  Gender identity, climate variance and diversity are prominent.

However, as core academic scores drop the government continues to take over your rights and usurps the authority for raising your children. Oh, you still remain the responsible party when something goes wrong. They just want complete jurisdiction over instilling a radical leftist viewpoint into the malleable minds or your offspring. They foster incubation facilities for social collectivism that demand governmental authority over child raising. <link>

Thanks to progressives pushing their communal association plans, kids of the U.S. today, have less chance of success than ever before. The American Dream is now ascension to mediocrity.

According to a 2012 National Center for Education Statistics report (the most recent found), math scores for the U.S. dropped from 25th to 31st among developed nations since 2009; from 20th to 24th in science; and from 11th to 21st in reading. We now rank #1 in gender diversity education, though.

Even Portugal (a socialist dominated political and economic system), expects more parental participation. Recently, one school principal posted the following in the hallways.

I guess they’ve learned that some things are better handled at home.  Doing away with the over-lording and abysmal failure known as the Department of Education is a first step.  Returning supervision of education to local districts with direct input from parents might be a second step.  Competition in the form of school choice could also help those students who want to learn.

As with so many things, decentralizing massive bureaucratic authorities in favor of localized responsibility and control is the proper direction to making America great again.