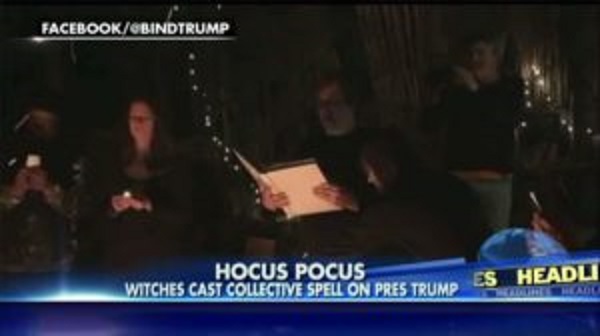 Any time a Republican is elected president, there are bound to be protests by the left. George W. Bush had his share of selected, not elected, truther, anti-war nimrods and “Bush Lied – People Died” protests.

But leftist protesting has been more of a cottage industry until the election of Donald Trump. I don’t know what the employment rate for professional protesters was before Trump, but it has to have reached full employment by now.

Seriously – maybe I’m just more plugged in than ever before, but there appears to be enough anti-Trump protests groups to fill a set of Encyclopedias. For you younger readers – an Encyclopedia is a set of books with paper pages bound together, representing a cumulative base of knowledge.

There is even a book, recently published, entitled, “THIS IS AN UPRISING,” a “Key Guide for the Movement to Stop Trump!”

Dozens, if not hundreds of these “non-profit” protests group have popped up to protest every move Trump makes. And most of the funding leads back to, of course, George Soros and his Open Society Foundation.

Still, with all of Soros’ resources and all the manpower (sorry if the use of manpower offends) I predict they will have little effect on the Trumpster.

Knowing that mere protests will likely not work – why not try something a little less conventional – like magic. And there can be no better place to conjure up a bit of magic than loony California.

The Daily Mail reports  that a group of witches have gotten together to not only protest Trump, but to cast a spell on him.

This past weekend, “A dozen women from protest group Ground Zero Players danced around a cauldron while holding broomsticks during a march in San Diego, California.”

The Ground Zero Players, took part in a March dubbed, “Fire the Fool,” where they signed and collected “pink pieces of paper calling on President Trump to step down which will be mailed to Washington.”

And what dopey leftist protest would be complete with a chanted slogan. Theirs was: “Trump is a fool, Trump is a clown, we are here to shut him down.” The Ground Zero Players, all seemingly middle-aged women dressed as witches, then cast a spell, or hex, on Trump.

However, this wasn’t the first go-round at sorcery. Another group gathered in February, outside Trump Tower in New York, also cast “a spell under the crescent moon at the stroke of midnight.” They have vowed to cast similar anti-Trump spells at the time of every crescent moon until Trump leaves office. They claim these incantations are “designed to prevent the 45th President from doing harm while in office, and perhaps even force him out.”

Well, let’s hope they are unsuccessful. But just in case we should be vigilant in watching for signs of Trump succumbing to black magic. We should also be watching to see if Gingrich all of sudden starts wearing sun glasses everywhere and bumping into things.

Get it – because one of the staple ingredients in every witches brew is eye of Newt.

Well, thanks for reading anyway.