Protect Our Country – Kick Them Out! 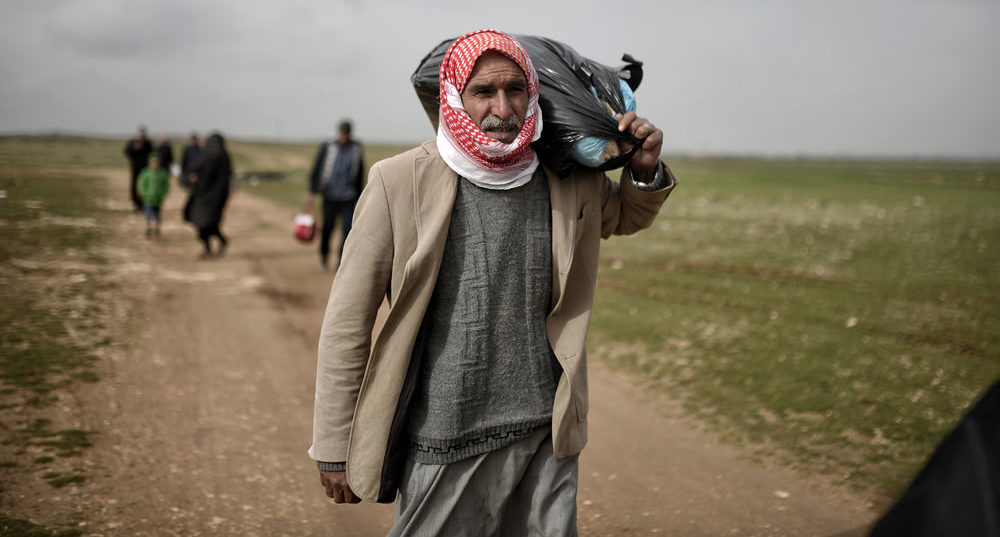 The attack on a gay nightclub in Orlando has sparked much debate about who or what was the cause of such a horrific act. Of course, the Left wasted no time turning this terrible deed into a political talking point by calling for new and stricter gun control, as well as excoriating conservative Christians for somehow being responsible for a radical ISIS supporter killing 49 people! The liberal crap masquerading as legitimate causes and solutions only serves to take the focus away from the real reasons and possible solutions to stop such terrorism.

However, with each passing day the evidence is piling up that there is but one entity responsible for this attack. Personal responsibility rests with the Muslim shooter, as it should! What is remarkable is how much the Left is desperate to avoid the obvious conclusion here. It has gotten to such a point of absurdity with all the liberal claims that one could as easily believe that Donald Trump pulled the trigger disguised as a Muslim!

Which brings us, or should if we are a thinking group of people at all, to just what is being proposed to prevent this kind of thing in the future. The ‘solutions’ of the Obama administration and the liberal media are very difficult to evaluate for effectiveness. The reason for this difficulty lies with the fact that none of their solutions are relevant to the real problem. Perhaps this is because the problems these people are trying to solve also have nothing to do with the cause of the attack. Perhaps I am also giving Obama and his media minions too much credit as to knowing the cause of the attack, but it should be very clear for one simple reason. We were told the reason by the perpetrator himself, in pledging allegiance to ISIS and stating that this act was vengeance on behalf of the nation, the Islamic State! As someone once said, “you are entitled to your own opinion, but you are not entitled to your own facts.” This is a stone cold fact folks and it must be dealt with as what it is, an act of war.

Frankly, I do not care for Mr. Trump at all. He has a very suspect character and a fleeting acquaintance with the truth, to say the least. Yet, of all his proposals there is one I think is very good. His proposal to ‘ban’ Muslim immigration for a temporary time is both very wise and very needed for just such situations as Orlando.

One might counter that the ban would have had no effect on the Orlando shooter and his actions as he was a “home grown terrorist”. It is impossible to know for sure what would have happened if at the present time a ban on immigration of Muslims was in place. However, it is safe to say that if such a ban were in place and strictly enforced, our system of investigation through the FBI would have far fewer people to look for and ferret out as the most likely future perpetrators would be Muslims inside our borders. If the level of investigative focus is intensified in this manner, it is more likely more of these so-called “home grown” jihadists would be out of business and put away.

The main objection to Trump’s proposal coming from anyone is that it is bigoted and racist to ban Muslim immigration now. In fact it could make us even less safe because the homeys of ISIS affiliation would get so angry they might…attack us with terrorism?! I have a breaking news flash for these people. They are already that angry at us in case you missed 9/11 and the following years. Time to face the music liberals. Not everybody likes you and not everyone can just get along. Political correctness doesn’t make radical Muslims pause a bit. In fact, it empowers them to exploit such nonsense for their own benefit and our rising body count. You see, ISIS has declared war on us and they are not waiting for us to recognize it. Make no mistake but that this rampage in Orlando is viewed by them as a battlefield victory against the hated enemy, the United States. A moratorium on Muslim immigration is but a prudent first step to protect us on our own soil from those who wish to exterminate and enslave us. The GOP in particular would be better off to embrace this proposal and reject the PC culture that blinds us to the very existence of a war being waged against us here and now.