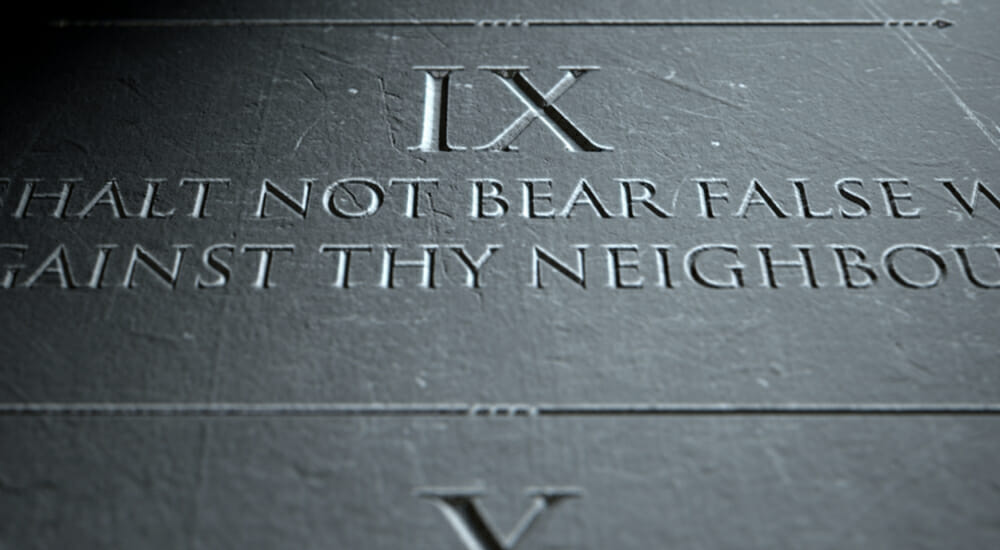 Below is the solution for dealing with crimes committed by vicious tongues firing off words as weapons. The tongue can be so volatile, with the ability to destroy so many lives, even starting wars, that an entire chapter of The Bible, James 3, was devoted totally to that troublesome untamed slippery organ.

That chapter begins: “For in many things we offend all. If any man offend not in WORD, the same is a perfect man and able also to BRIDLE THE WHOLE BODY. James 3:2. (emphasis mine)

So to be able to control your whole body and lusts begins with not offending in word. So watch your mouth. And how are words formed? By the tongue.

Verse six states that, “The tongue is a fire, a world of iniquity: so is the tongue among our members, that it defileth the whole body and setteth on fire the course of nature; and it is set on fire of hell.”

God’s Word in verses 7 and 8 nails the problem: “For every kind of beasts, and of birds, and of serpents, and of things in the sea, is tamed and hath been tamed of mankind: (8) But the tongue can no man tame; it is an unruly evil, full of deadly poison.”  Let that sink in.

The most serious of all is using the tongue to spread false witness against someone, which also is lying. Those who misuse their tongues in this way will not be protected even if you go to church every Sunday. Deliberately spreading false witness against anyone, which is also lying, will usher you into the White Throne Judgment Room which is the last step before being tossed into the lake of fire.

It should be noted that bearing false witness is serious enough that it is included in the chapter showing the 10 commandments…Exodus 20:16.

This was important enough for God that He included this among his very first instructions to His people.

For the George Soros Democrat Communists who hate God and the church, here is the explanation of The White Throne judgment. When you die, you are partway between Heaven and Hell. On the way you will be ushered into the White Throne Room where you will be asked to explain your sins, especially deliberately ruining reputations, tearing apart families, stealing from people who have worked hard to support their families, causing chaos on innocent people and destruction of their property along with all sexual sins.

All the oratory skills you may think you possess will not be able to stop the judgment you face. The lever will be pulled and you will be plunged into hell.

The news media has no integrity or truth about them. They slant news in an effort to serve The Communist Party which is based on lies and intends to enslave the entire world. The newspapers print absolute untruths about those they want to destroy. Remember, lying too is a SIN. When one lies to bear false witness against someone that is a twofer sin, meaning double the punishment.

Bearing false witness is very much in the news these days, spread by the Democrat Communists who are trying to force President Donald Trump out of office so the communists can have full rein of leadership.

They have made false allegations about President Trump and will use anything that will be a negative for him. A headline today blared; First Lady sparks OUTRAGE for her White House Christmas Decorations. Unbelievable headline to attempt to reflect badly on the most classy, dignified First Lady we had ever had.

The papers printed as truth that Russia manipulated the election resulting in Trump being seated in The Oval Office. THAT IS TOTAL NONSENSE. The only people who put Donald Trump in the White House were the millions of Christians, many who had not voted in years, who came forward, out of the shadows, and VOTED.

The Soros Democrat Communist Party are terrified of what President Trump can do to clean up the swamp and are desperate to get him out of the White House.

The next most feared man in the world (for these traitorous trash bags) is Judge Roy Moore, who is about to become Senator of Alabama. THAT is why the hysteria in the invented headlines accusing Judge Roy of whatever they could think up. Suddenly, many women came out of nowhere claiming he came on to them…now get this…over 40 years ago. Their testimonies were so far out in left field that the crows couldn’t even get there.

Everything they swore happened has proved to be a lie. The most damming of all was the Communist (MSM) newspapers and TV who labeled him as a ‘pedophile” and ‘child molester. NONSENSE!  The Soros news media pulled that description out of the air since none of the so-called “victims” said that.

The Fake News Media also claimed that Judge Moore hung around the Mall in Alabama to try and get young girls to go off with him…again; this is what the NEWSPAPERS said. Now HEAR YE–HEAR YE! The owner of that mall was contacted along with a couple of employees and everyone contacted said there was NEVER a ban on Judge Roy from coming into the Mall during the time period sworn to by false witnesses or any other time.

The latest witness, Beverly Young Nelson, was trotted before the cameras by a lawyer who obviously never studied ‘legal ethics’ in law school. Ms. Nelson’s ambulance chasing lawyer, Gloria Allred, will lie and bear false witness to win a case for anyone she represents.

Ms. Nelson’s ‘testimony’ was awash in tears with strained emotion that could have been better performed by an Indiana Community Theater Acting class. Her lies quickly unraveled. An ex boyfriend of hers stated that her entire testimony was a lie, AND her stepson also said her testimony was a lie.

Is the punishment based upon the defendant’s standing in society? It would seem so. No matter how serious the crime, one can either get a slap on the wrist, or years of confinement and hard labor in the politically controlled courts of today.

So what kind of punishment should be mandatory for those who bear false witness? Let’s see what God’s Word says about this. Here it is in Deuteronomy 19: 18-19:  “And the judges shall make diligent inquisition; and behold, if the witness be a false witness, and hath testified falsely against his brother; (19) then ye shall do unto him, as he had thought to have done unto his brother; so shalt thou put the evil away from among you.”

So there it is, from the mouth of God showing how serious a matter this misuse of the tongue can fertilize.

Here is the solution.  When such an evil allegation arises, and there is a prison penalty for the action, if true, then the false accuser MUST receive the very same prison sentence that the victim, who was falsely accused of committing, would receive. This would absolutely put a stop to this lying once and for all.

It is now the fullness of time to require this to be made into law. What these evil doers have tried to fraudulently pull off on an innocent man will wind up in their own laps and God requires a penalty for the false accusers. Legal experts, Arise!

Democrats, please, for your own sake, pay attention: Yes, The Lord is a God of Love and he does everything with love. But are you aware that there are things that God hates? And George Soros and Democrat Communists, you are doing everything He hates. It is certain that you knew nothing about the White Throne Judgment. And it is doubtful that you are aware of these offenses to God as listed in Proverbs 6:16-19:

These six things doth the Lord hate; yea, seven are an abomination unto him: a proud look (cockiness), a lying tongue, and hands that shed innocent blood, a heart that that deviseth wicked imaginations, feet that be swift in running to mischief, A FALSE WITNESS THAT SPEAKETH LIES, AND HE THAT SOWETH DISCORD AMONG BRETHREN.”  (All emphasis mine).

Democrats, that is the message for the day. You are doing all the things that God hates. Please think about this. There are many of you that I really like. Hopefully, one day soon, you will become the person God intended for you to be. Then you will really know what life is about.