Proof Obama’s Lying? WikiLeaks says ‘the Russians Didn’t Do It’! 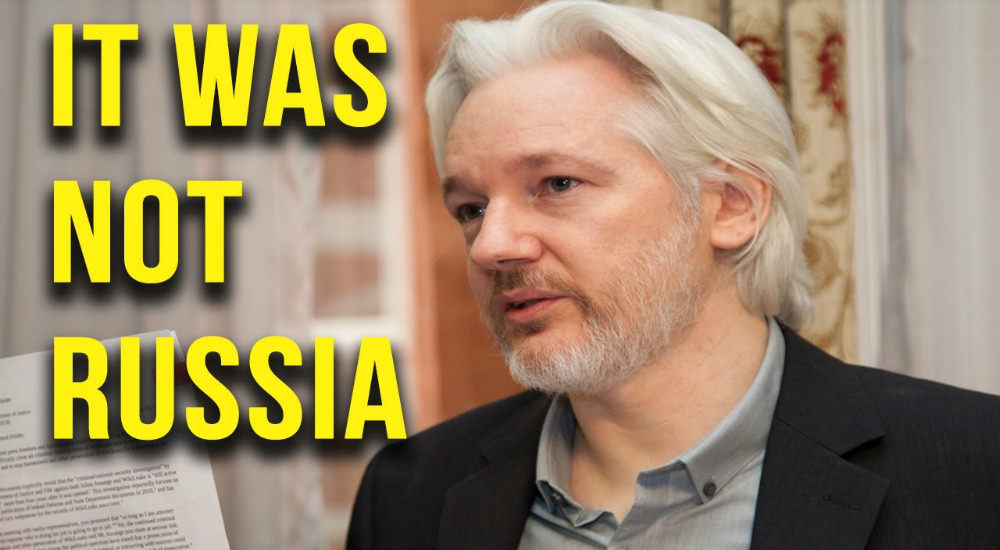 Straight from the horse’s mouth, as they say.

Look, i’m not saying there is any particular reason that we should trust Julian Assange and WikiLeaks when they tell us that Russia wasn’t the source of the leaked DNC/Clinton campaign emails, but I don’t know of any reason we shouldn’t trust him either. WikiLeaks has made a name for themselves publishing information they know to be true, so lying about this particular issue (and subsequently being found out) could destroy the work they are doing.

For now, I personally will take a “wait and see” approach until all the facts have come in. I won’t go around blaming Russia for everything bad that happens, but I’m not naive enough to think they might not be behind all this either.

Julian Assange: Yes. We can say, we have said, repeatedly that over the last two months that our source is not the Russian government and it is not a state party.

A couple other interesting quotes that will be played during Hannity’s full interview with Assange on Tuesday:

Our publications had wide uptake by the American people, they’re all true. But that’s not the allegation that’s being presented by the Obama White House. So, why such a dramatic response? Well, the reason is obvious. They’re trying to delegitimize the Trump administration as it goes into the White House. They are trying to say that President-elect Trump is not a legitimate President…

Our source is not a state party, so the answer for our interactions is no. But if we look at our most recent statement from the US government, which is on the 29th of December, OK, we had five different branches of government, Treasury, DHS, FBI, White House presenting their accusations to underpin Obama’s throwing out 29 Russian diplomats. What was missing from all of those statements? The word WikiLeaks. It’s very strange.