Proof that Collectivism is Intellectually Dead 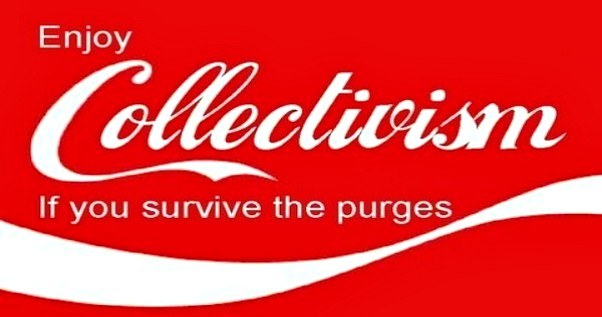 Back in the twenties and thirties there were “intellectuals” gathered in coffee shops around the world discussing the ideas of Marx , Lenin and the future of Socialism.

Although the ideas they were bantering around were flawed, they were  ideas and they were being discussed.  Professors and politicians spouted the values of dialectical materialism, the inevitability of Communism and the coming revolution of the proletariate.  Then came World War II and the Russian Revolution and the fruition of the ideas popular with those discussing ideas.  After viewing the carnage of the War and the full implementation of collectivism by both Germany and Russia and the collapse of both regimes, the ideas that promoted collectivism died in the rubble.

The astute Ayn Rand pronounced the collectivist movement intellectually dead after the failures exhibited by the truly collectivist regimes who had implemented the ideas. 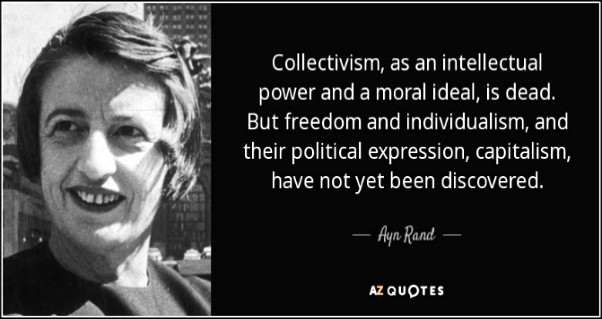 OF course those who still held collectivist premises and thought socialism could somehow work continued to rant and rail about the implementation and the corruption of the system by incompetent leaders hoping to resurrect the specter once again.

We saw the further failure of Zimbabwe and Venezuela under Socialist regimes but these were ignored in favor of the wonders of the Nordic nations that had embraced socialist ideals and were surviving without chaos.  This notion is now no longer valid.  The fatal diversity premise and welcoming of killer immigrants has put these Nordic regions in peril of extinction. Chalk it up to another failure of  accepting a form of collectivism.

Today there is no longer coffee shops with long haired clientele mulling over the ideas of Marx and Lenin but mobs of violent anti-capitalists shouting and screaming in the streets as they wait for a spark of violence to erupt into full blown rioting and pandemonium.  Why?  Because they don’t have any other agenda to turn to.  They cannot discuss what has been outright failure as a positive movement.  They can only react to the shroud of their ancient mantra that called Capitalism the enemy.  The poor simple fools don’t even know what capitalism is but they know they must be against  it for their forebears named it as the enemy.  So they are left with nothing to rally for .  Only a misunderstood system to be against.

Why , besides the failure of collectivism, have the beatniks of today aroused such anger and hate?  What is it they hate that moves them to rebel against civilization and law and order?  They don’t know. They only know they should rebel.  Why?  They are too cowardly to ask.  They are simply turning to the imaginary vision of a world that cannot exist, that is anti-human nature and has no validity .  This , although they don’t want to admit it, makes them angry that they cannot project this utopia when the reality of experience has killed it.

No doubt this lingering dream will continue but it no longer can be reasonably defended.  It rings hollow and the only alternative is a passioned cry for resistance.  Not a solid intellectually sound argument but an impassioned cry for mobs and true believers that will topple the civilized world and then they the rabble rousers will build from the ground up the system they know has failed and will continue to fail.  This can be verified by listening to the interviews of those protesting.  “What are you for?”  Chirp . Chirp.

When man cannot project the possible and make an argument for its implementation, there is only violence left as a means of accomplishment.  But violence doesn’t lead to achievement but the destruction of values and property and lives.  So again there is no place to go for the unthinking herded into mobs to disrupt and resist.  The civilized will also resist this chaos and destruction as they know they must rebuild and trade and go on performing the acts of the living.  They will demand a government that stops this and support leaders who perform their will.  Those who sympathize with the destroyers will find they no longer have a viable constituency and will fade from power.  The world would not be as it is if the mindless could triumph.  Without vision and purpose periodic uprisings are only temporary and futile.  Man overcomes such barriers and pushes forward in spit of human obstacles with nothing but impassioned fury to guide them.  This has been the history of man and in spite of setbacks the better ideas have prevailed and man has progressed dragging the thugs and the discontents along.

The future of man is dependent on his ability to use his mind and better his life.  Those who want to disrupt this  progression with periods of destruction and regression are not going to accomplish a new and better world but only an example of what doesn’t work and never has and never will.  Knowing what is real and what works outweighs the fantasies that attempt to distort human nature.  The Soviets claimed their objective was to change the nature of humanity into a selfless mob of obedient happy robots.  They failed and those who hold on to this imaginary vision must eventually realize their place in the street alongside their comrades will be sad solace for the blood and pain experienced/