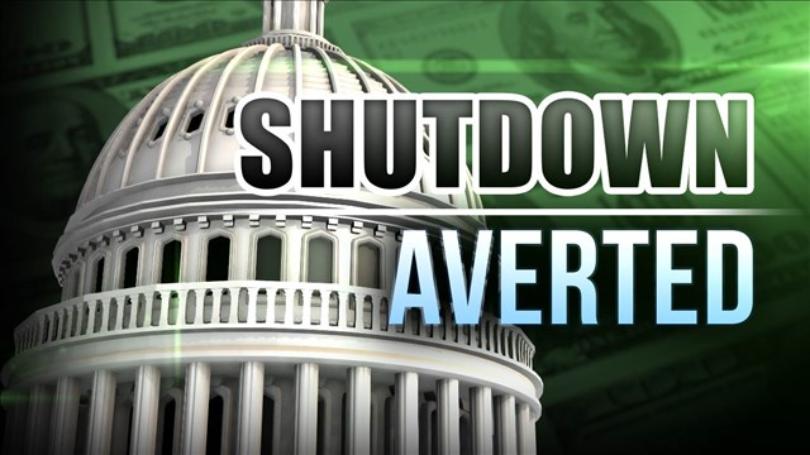 All you need to know about this stop-gap, $1.070 trillion non-budget budget that was passed over the weekend and signed by president Trump, is that Chuck Schumer likes it.

Senate Minority Leader Chuck Schumer, D-N.Y., praised the budget deal as a “good agreement for the American people,” that “takes the threat of a government shutdown off the table.”

“The bill ensures taxpayer dollars aren’t used to fund an ineffective border wall, excludes poison pill riders, and increases investments in programs that the middle-class relies on, like medical research, education, and infrastructure,” Schumer said in a statement. “Early on in this debate, Democrats clearly laid out our principles. At the end of the day, this is an agreement that reflects those principles.”

Chuckie Schumer is scumbag and a weasel, but he isn’t wrong. Democrats did clearly lay out their principles, and the agreement did in fact reflect their principles. It also laid bare the Republicans crystal clear lack of principle, or at least what we thought were Republican principles. Turns out they have none. At least none worth fighting for.

Some say Schumer and the democrats are shrewd to have played Trump and the Republicans. I would disagree. The Democrat Party is the party of Sheila Jackson-Lee, Maxine Waters, Hank Johnson, Al Franken and many others. None of these could be mistaken for shrewd. But they don’t have to be. They only have to be bullies. Minority or majority – it matters not to them as they continue to dictate the terms of Republican surrender.

President Trump, for quite sometime, has clearly laid out his principles, and “this agreement” looks not even close to reflecting them. And he just accepted it, as his spokesman Spicer gave the “we’ll get-um next time” speech. Where have heard that before?

Sean Spicer excused Trump’s signing of this $1.070 trillion stop-gap as just a continuation of last years budget. Under normal fiscal year budget agreements, Trump would have had no input anyway, because this is merely the last five months of last year’s budget.

So he signed it. And all for what? To avert a shutdown we all know is not a shutdown, but barely a temporary slowdown.

The President should have refused to sign this pig and allowed the government to go into slow-down mode. Trump and the Republicans are going to get blamed for this anyway, so why not go to the mat and fight for your principles? You would face a backlash from only liberals and the leftist media, who will never support you anyway – so what should you care? Your base, and conservatives like me who want to support you, and of which there are many, would have supported and cheered you for standing

up to the bully Dems.

Instead, the President made a decision to support and sign this pig – giving to left virtually everything they wanted and almost nothing we want, or you promised us. As a matter of fact, you promised us just the other night at the Pennsylvania rally.

I heard it, because I watched your speech. You assured us in no uncertain terms, telling us not to worry. “Go home, go to sleep – rest assured – we’ll build the wall,” Trump said.

Listening to Rush Limbaugh’s radio program yesterday – you didn’t appear to have angered him, but you’ve ticked off a lot of your supporters who called in. This is the first time I’ve heard calls of disappointment in Trump by any of his supporters.

Of course this is not the end of the world, and some anecdotal callers do not a trend make, but it may show a potential crack in the President’s Teflon coating.

People – even Trump supporters, can only stay jazzed for so long. If months go by with little results – no wall, no repeal – and believe me – whatever they intend to vote on this week, will in no way resemble the ObamaCare repeal we were promised – even they may start to bail.

This was yet another opportunity squandered. But hey – you’d think we would be used to being the Washington Generals by now.