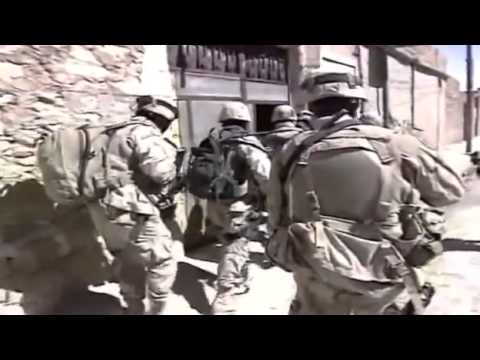 If something works on a small basis then one has to assume it might work on a larger arena.  Let’s look at that poorly defined adventure in Iraq and see if there is some corresponding action that could be tried on a larger scale to resolve the ongoing stalemate.  If a criminal gang took over a neighborhood in a large metropolitan city in the U.S. and insisted on killing civilians and imposing its own version of law, what would be the sensible response?  Would we ask the neighborhood watch committee to get trained to control the mob?  Would we ask the local police force to hire and train people from the neighborhood to come up with a set of laws that would be acceptable to us and then expect them to enforce them?  Hardly.  We would use our existing trained police and if necessary military to restore law and order by our standards.  Anything else would be not only experimental but impractical , ineffective and a guarantee of haphazard results.

Meanwhile the thugs would roam at will and innocent civilians would suffer.  Now if you expand the scenario to an international level, what differences are apparent?  There are still lawless thugs roaming and killing at random, there are still civilians suffering and there is no control of the situation.  Where does control come from?  Does it come from  an untrained and uneducated populace or does it come from an conquerer who wants to set things straight?  First anyone wanting to make changes has to know what changes are required for a country to maintain law and order.  Obviously the Middle East is not a model to draw from. This leaves us with the country we live in, the laws we understand and implement and the results we know to be beneficial to individuals who want to live in peace and harmony with their neighbors.  This is what we expect and desire or else what is it we are fighting for.  To give a citizenry the right to vote itself into a Hezbollah or Hamas dictatorship eliminates the desire for the primacy of democracy.  To leave the country liberated would require the model of freedom centered around individual rights and the absolute separation of church and state.  But this is not our stated objective and there is no sign we are progressing in this direction.

When the American Generals are grilled by Congress we get questions of the General’s take on progress.  Progress by what standard?  Isn’t it Congress that should have a hand in foreign policy?  Isn’t it Congress that should know what the standard is and gauge the progress?  Instead they take pot shots as if they are the watch dog that can criticize but cannot innovate, implement or even decide whether a declaration of war is necessary or appropriate.

Evidently those who reject martial law and the World War Two model of occupation are well aware that the only alternative is a long drawn out waste of military might and soldiers lives and seem willing to settle for that.  Why?  What is so sacred about not telling a country what we expect and how we expect them to behave?  Do we really believe they will suddenly get a revelation that our way is best and they need to adopt it?  How naive a notion is that?

There is a cry for more troops to get control of the situation but there is a huge silence when martial law is mentioned. This is cowardice, evasion and not worthy of anyone who is willing to vie for political leadership.  Do they think if they  ask for more troops to simply kill insurgents this will somehow establish a society of law and order?  Do they think a soldier on every corner is a way to disengage from that sand-trap?  It is so simple and frustrating to see grown men appease and pander without asserting what they are really after.  They say they want peace and they want to win the war on terror.  Well “terror” is not a nation or an organization but a method.  You cannot win a war on “terror” unless you identify and conquer the people imposing the methods of terror and all of the components that enable this method to be used.  This means you don’t negotiate with the terrorists of Iran, North Korea, Iraq , Lebanon, Etc, Etc, Etc.  We fought a world war and we are fighting one again except our political leadership is pretending we can find all the bad guys in all the places they are hiding and never touch a “civilian” or a threatening dictator or imprison killers and fanatics unless they are treated as poor misguided souls capable of reform and allegiance to Western ways.

Just start mentioning martial law and watch the political leadership cringe.  This cringing is not because the idea is impractical ,but because we want to project an image of Brer Bear ( a huge powerful gentle giant that wouldn’t intentionally harm anything).  One of the attributes of Brer Bear was he was easily taken in and was often bullied and out “Foxed”.  Why this is the image we are trying to project as a standard for our presence in the world is almost inexplicable.  But the almost fades when we look at the magnitude of misguided cowards hiding behind the sacrificial code of altruism.  If America should become disarmed by the petty frightened sacrificial wimps it will be a demonstration that the courageous and intellectually honest Founding Fathers had mutated offspring.  A prolonged war means a chance for the enemy to build up resources and armies and yes, WMD’s.  This bought Israel a war that is more of a struggle than she hoped for.  What makes anybody think America will avert the same scenario on a larger scene by practicing the appeasement route?  Only those more full of false hope than courage.