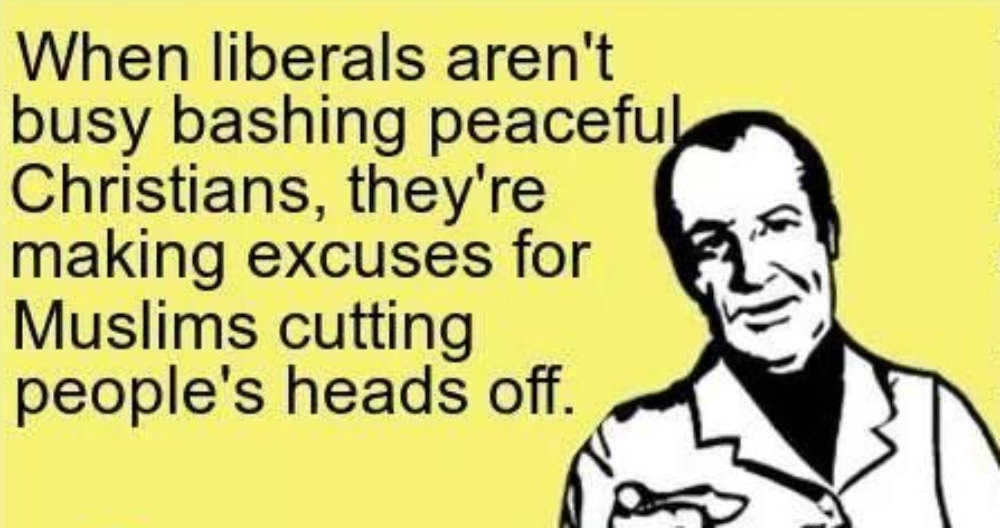 So why do I write so much against the ideologues? The answer is simple. They chase politically motivated rainbows (excuse the unintended pun) that invariably fall victim to the ‘Law of Unintended Consequences.’ What I mean by that is that they – the ideologues – end up contradicting their own standards and platforms. Our democratic western societies have become victims of social engineering that has not made society better but instead has caused great division. As John Anthony writes in his article titled The 911 message that terrifies Washington

To sidetrack Americans from the government’s failures and gather votes, our government pits special interest groups against one another and fabricates causes to which they rally. Gay rights, African American rights, crime rates, the wage gap and more continue to keep Americans divided. Yet the more politicians decry them, the worse they become. Race riots are becoming epidemic, crime is rising after a decade of decline and income equality is worse than before the government campaign to see its end.

We live in an age of competing politically motivated ideological agendas and the language of those agendas sometimes leaves me wondering if the ideologues ever really listen to themselves. Do they really have a grip on the real world? Now take gay marriage for example. Homosexuality and gay marriage are topics which my Chinese college students actually do talk about in class, and being the politically correct people that they are (meaning that they know how to tell foreigners what they demand to hear), they approve of gay marriage. I however do not! Why? Because the gay movement has labeled millions of heterosexual couples as ‘second class citizens.’

Like most political activists, the gay lobby is sociopathic. They have no consideration for the rest of society. When I was a young man, heterosexuals in domestic relationships and particularly those with children, fought long and hard to be granted the same rights as married couples. They had been discriminated against in many different ways, but eventually the government granted them the same rights as married heterosexuals. Many did not believe in marriage because it was part of the religious and patriarchal antiquated past. Marriage was rightly viewed as a ‘religious obligation’ to satisfy God Almighty.

According to the gay marriage lobby, a civil ceremony or government recognition of their union combined with providing them the same rights as heterosexual married couples makes of them second class citizens. What then does it make of those unmarried heterosexual relationships?

That is not the only reason why I do not support gay marriage, but it is enough. Do homosexuals think that they are better or more successful than heterosexuals? Have any of them considered the divorce rate and all the problems that divorce causes? Already homosexuals who have been legally married are now divorcing and facing unexpected difficulties. (Go research it!)

If the gay lobby wants to promote gay marriage, they need to do so without being discriminatory toward the heterosexual couples they disrespect by classifying them as second class citizens because they don’t have a wedding certificate. The gay lobby needs to uphold their progressive liberal values and not discriminate against others.

When it comes to who is and is not a second class citizen, you need look no further than Islam. We all know what a good Muslim woman’s place is in life. At Clarion Project the other day I read an article titled “Saudi Women Demand End to Male Guardianship.” (Saudi Arabia is a great ally of the US not to mention that its leaders have longstanding and personal finacial dealings with American Presidents). According to the article “Saudi women are chafing under these restrictive laws and are increasingly voicing their opposition.”

You might like to bet that feminists all over the world are going in to bat for their Saudi sisters, but as I pointed out in an article at KingsCalendar some time ago, the political wing of the feminist movement cares little for what their sisters in other countries suffer.

Now we might be able to find some justification for that perspective, after all, what can we do to help those poor second class Saudi citizens? That would be fair enough if it weren’t for another article I read this week on the same site titled Women’s Boat to Gaza Won’t Even Carry Aid and I quote:

The ‘Women’s Boat to Gaza’ is a project to carry a boatload of female activists from Washington, D.C. to Gaza where they will attempt to breach the blockade of the territory. Israel and Egypt have maintained an embargo on the strip since the Muslim Brotherhood affiliate Hamas took over in 2007.

I just loved those two sentences when I saw them. They are so power-packed with truth. How often do you read that the embargo of Gaza is a dual nation embargo? PC militants who bleat about the poor Palestinians constantly point the finger at Israel and never mention that Egypt and Israel are both doing the same thing to protect themselves from terrorists. Egypt regularly floods Gazan escape tunnels and sometimes in the process kills the terrorists.

No – you can’t criticize Muslims, Islamic countries or Muslim terrorists because that would be offensive. Criticizing and accusing Jews and Israelis is fine though, much like saying what you like about white people. Nothing you say can be racist because they are white.

According to the report, women from Washington – whilst providing no actual assistance to the poor people they apparently support – are seeking a military confrontation with Israeli authorities in support not only of Muslims who treat women as second class citizens, but a people who target women and children in their terror attacks. It is a pity these American do-gooders don’t vent their political might in the cause of second class citizens in Saudi Arabia. They can’t of course because it would mean attacking Muslims and that is a PC no-no!

Having mentioned already that one cannot be accused of racism no matter what one does or says to white people – particularly white men – it was interesting to read the iPatriot article “All White College Students Are Racist” written by The Common Constitutionalist from which I now quote:

The poster states that, “You do not and cannot understand our oppression.” Is that so? I think I understand just fine. I understand that if you think you are “oppressed,” you have no idea what real oppression is. If you care to find out, take a trip outside this country – outside your protective American bubble. Maybe to Venezuela, Cuba or the Middle East. Look at yourselves. You’re in America, attending a college or university of your choice. How oppressive! Instead of trying to build bridges, students buy into the racist crap displayed on these posters. Nonsense like all whites must first “Acknowledge your privilege.” It states that whites should “just listen,” as practically anything a white student says could be mistaken for racism. And why not? It claims that every white person is a racist, that we (all whites) have “unconsciously learned racism,” and that we should “remember, just because POC [person of color] #1 isn’t offended by something, does not mean that POC #2 will not be offended by it either.”

I found that last sentence hilarious and wonder if it would be racist to write: “remember, just because POWC [person of WHITE color] #1 isn’t offended by something, does not mean that POWC #2 will not be offended by it either.”

It seems to me that to be a progressive liberal or just a plain old sociopathic PC ideologue equates with classifying heterosexuals in general and white people in particular as second class citizens responsible for all the ills of the world, and while the white females in the two groups just mentioned might proclaim their might and right, they don’t seem to care much that their counterparts in Muslim countries are and remain second class citizens. They seem to be too involved in vilifying Israel, fighting the Muslim cause and preparing for the day when they too can become second class citizens. They are possibly the most Useful Idiots supporting Islam.

Hypocrisy reigns supreme in sociopathic politically correct circles. The laws such people lay down for others are not the laws by which they live, elsewise the gay lobby would refrain from denigrating heterosexual domestic relationships not recognized by a marriage certificate; progressive liberal feminists would be fighting for women’s rights in Saudi Arabia rather than seeking to destroy the only country in the Middle East wherein women’s rights are guaranteed; and colleges in which students are meant to be learning to grow and mature would not be discriminating against people on the basis of the ‘color of their skin.’

Liberal Progressives believe that they are righting the wrongs of centuries past, but doing unto others as was done unto you or your ancestors only continues the cycle of abuse. One would think that progressive liberalism would be teaching all people everywhere to ‘do unto others as you would have them do unto you.’ Perhaps the latter message is too Christian. Perhaps the reason why Islam is making such inroads into America is because Progressive Liberalism has taught people to ‘hate the west – hate the white – hate the male – hate authority figures – hate western history and hate western culture.’

Such messages of hate are more in tune with the message of Islam than Christianity. Oh! I forgot. Progressive Liberals hate Christianity too! It seems that Christians too are the new second class citizens!