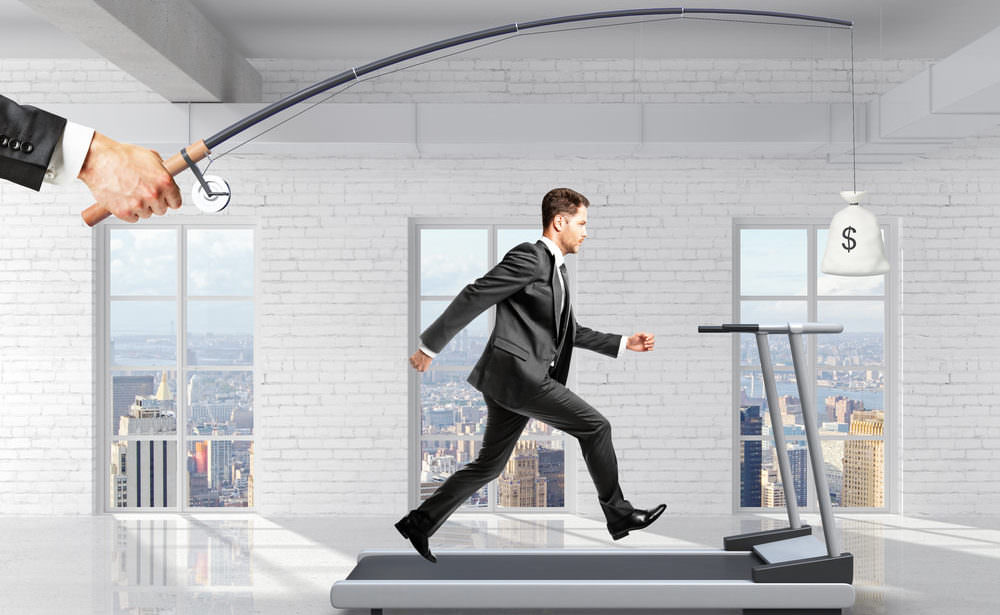 Other than outright stealing there are two commonly recognized ways of obtaining wealth. First there is the legitimate method of producing a good or service and exchanging this for a payment. This is the root method, the moral method and the source of all wealth. When the first wealth was created (i.e. a person produced more than he consumed) the second method came into being by those who wanted a surplus but were unwilling or unable to produce more than they consumed. Offering a service of protection was a legitimate offering except the proponents of this service thought no one would voluntarily pay for what they had to offer so they decided they would use their strength to demand payment. This was the beginning of political payoff. The criminals offering “protection” from rival criminals utilized this method of bullying. As the rule of law evolved politicians presented the case that they could eliminate this “protection” racket with a superior version which used the same method under the auspices of the law. The demand and enforcement of payment was not changed, only the sanction by law. The producers were forced to pay via taxation for protection and the birth of statism appeared.

From the offering of protection and the enforced payment for the service came the notion that why couldn’t other services be offered and payment extracted via the same method. Thus was born the idea that taxation was the legitimate road to the wealth created by those who produced more than they consumed. And this created two classes of people based on their vision of wealth creation. There was those producing and those extorting from the producers. The fact that the producers acquiesced to a forced payment for the protection services offered was a disastrous error that continued throughout history. This error made possible national debt, currency debasement and a propensity to wage war from available revenues. This error made possible the erosion of individual freedom of millions of citizens , the loss of billions in earned wealth and lives of squalor and despair. Meanwhile the monuments from the public treasury grew to glorify those who produced nothing and redistributed much. This scheme of coerced payment goes unchallenged today as a given. Even as we watch the deficits and debt explode into the trillions we lament there is no other way. It is this attitude that all Americans should reject.

This is a can do nation but we have allowed the status quo to become so ingrained it appears that financial disaster is inevitable. But the condition we are seeing is the result of man’s choices and there are no choices that cannot be reviewed and revised as long as there are men to perform this crucial function. Just as a general can reassess his position and options so too can a society. By society I refer to the key individuals that see the issues, evaluate the situations and promote viable solutions. These intellectuals must recognize historical errors and present solutions that correct these errors. In the cases where ideas were enforced on the populace the results have been disastrous . See any dictatorship. This leaves only the method of persuasion as a moral and practical alternative. And if this method is not pursued we must necessarily expect the rise of dictatorial rule. Why? Because an unlimited government produces the chaos of inflation, corruption, dissatisfaction, political graft and the disappearance of order. From this arises the cry for a return to safety and security. And waiting in the wings is the Fuhrer, the King, the Comrade, the Ruler, the “Leader” who will promise what is known to be demanded and the full evolution of political graft and statism comes to fruition. Incrementally it proceeds as it is doing today toward this culmination of political power. And invariably the ruthless rise to rule under this movement. First comes the incompetent and the ensuing dissatisfaction, then comes the ruthless that quells dissatisfaction through the iron fist of repression. There is no criticism, for the critics are silenced either by isolation or extermination. The chance for reviewing the past and the mistakes is gone. A dark fog settles on the nation in the form of hopelessness. The rate of poverty climbs, the threats from invasion increases, the standard of living diminishes and life expectancy recedes.

There is a war of underground insurgents fighting only for power and the discourse that could provide solutions is silenced. It a reversion to the barbaric. There is little or no production because the source of the riches of the past , profit , has been denigrated and essentially abolished. In its place is the corruption of political payoff, the lack of goods and services rationed to only the privileged and a nation surviving by black markets, primitive technology and more and more physical labor. This is the unspoken promise to the power seekers who denounce the seekers of profit as evil and ignore that the source of their “benevolent” redistribution is being destroyed and their own welfare endangered. This reveals a wicked vision of humanity and progress. A vision that quells individual freedom in exchange for a political power that cannot produce for the needs of humanity but destroys those that can create, produce and voluntarily exchange. The awareness of the pomposity , privileges and cronyism is blithely ignored as a necessary evil until the contrast with conditions of those providing this opulence for the “elite” becomes so overbearing and evident that insurrection inevitably must follow. To retain power and prestige it is the further exercise of force and repression that must follow.
The two factions of humanity, the independent and the dependent, can only coexist under the rules of all human behavior which dethrones the tyranny of force and crowns the supremacy of reason and voluntary exchange in its stead. Just as the shopkeeper cannot demand payment for his goods and services from the unwilling, so too the protectors must realize they cannot protect by enforcing by methods of payment identical to criminals. Your money or your life is not a method of trade. Taxation is not trade. Forced payment is demanding payment via a threat and cannot be legitimized. The fact that this has been tried and found wanting only proves that the fallacy of this approach continues to be ignored and the consequences perpetuated. This does not exonerate those choosing to ignore what they are involved in. The attitude “ I can get away with it” continues to cast the illusion that there is no responsibility for recognizing what is versus what I want. This foundation of civilization goes unrecognized by the short sighted . It is this ignorance that continues the downward spiral.

When the glory of profit supersedes the pretense of redistribution of produced wealth, civilization will take a great leap forward. Until then we can observe the spectacle of the lemmings in human political form continue their march to self destruction and via power over others create more carrion.

It is not profit that leads to this reversal of progress but the pirates that choose redistribution of wealth over profit from production. Most people know this and it is reflected in the unfavorable ratings of our congressional bodies.

Will they question their methods? Just like criminals… only if they get caught.