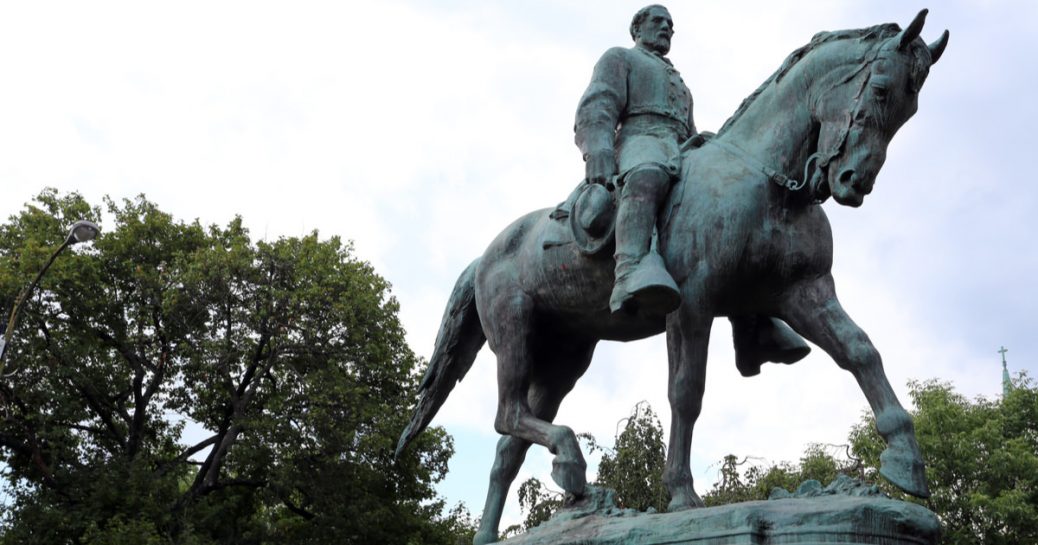 There is nothing good about slavery. Owning another human being is lower than low. I would hope we can all agree.

We on the reasonable right knew that this push to expunge slave owners from American history would not end with Civil War statues, monuments and the like. We knew these radicals wouldn’t be satisfied with just Civil War era slave holders. We knew it would rapidly jump to the Founding Fathers (as it has),– the same Founders that the progressive left has been trying to erase since the days of Woodrow Wilson.

We also know that it won’t end with the slave-owning Founders. We know that this is a means to an end. If our political leadership – locally, and at the State and Federal level, continue to capitulate to, or worse, join these ill-guided rabble-rousers, the next demand will be to insist that our founding documents are, by default, illegitimate.

If Washington, Jefferson, Madison, et al, are erased, how could the documents they created live on?

The supposed protesters don’t really care about slavery. If they did, they would be forced to take a good long look at the ideology they are promoting. Communism has enslaved many millions more people than all American slave holders/traders combined.

And another thing. If this current crop of pro-communist leftists, anarchists and black activists are really so interested in erasing all history of slavery and the slave trade, which ended in America (at least by white America) over 150 years ago, it seems to me that all slave traders and slave owners should be vilified and treated with equal disdain.

The Cherokee, Choctaw, Chickasaw, Creek and Seminole Indians all owned African slaves from before the birth of the nation up through the Civil War.

Cherokee Indians even brought their slaves with them on the Trail of Tears. How many slaves died on the trail? And whose fault was it? Oh, you can blame Andrew Jackson for forcing the tribes out. I know I do. He was a dirt bag who hated the Indians. He was also the father of the democrat party, so he’ll never live that down. But he didn’t, nor did any “white man,” force these tribes into slave ownership. Indian tribes enslaved one another long before we arrived.

There are monuments, statues and parks dedicated to these various Indian tribes all over the South and Mid-West. Yet we don’t hear from the black community or the pro-communist movement any demand to remove them. Why not?

And what about black slave owners? There were many freed slaves who went on to own slaves themselves. However puzzling this may be to fathom – that someone who has experienced the horror would turn around and inflict that on anyone is beyond me, but it’s a fact nonetheless. In fact, free black people had owned slaves in each of the thirteen original states and later in every state that countenanced slavery, and had done so since 1654. Yet we never about “erasing” those names. We just don’t hear about them at all. How odd.

Finally – what about modern day slavery. Another fun fact is that there are more slaves worldwide today than any time in history. And more than a few slave traders/owners reside right here in the racist United States. Unfortunately for the left, almost none of them are white.

The sex-slave industry is huge and controlled, for the most part, by Latino gangs. And there have been many well known black rappers who have also been pimps in the sex slave industry. Many break-out rappers/pimps of the 80s and 90s were slave owners. Rappers like Snoop Dogg, Ice-T, the Geto Boys, 2-Live Crew, Big Daddy Kane, Archbishop Don “Magic” Juan, etc. were all pimps. Yet they are not condemned, but are instead celebrated.

This whole warped movement of trying to erase slavery and racism from American history is nothing but a ruse. Their real purpose is to implode our current system and replace it with the utopia of communism.