Priorities and Too Much To Do 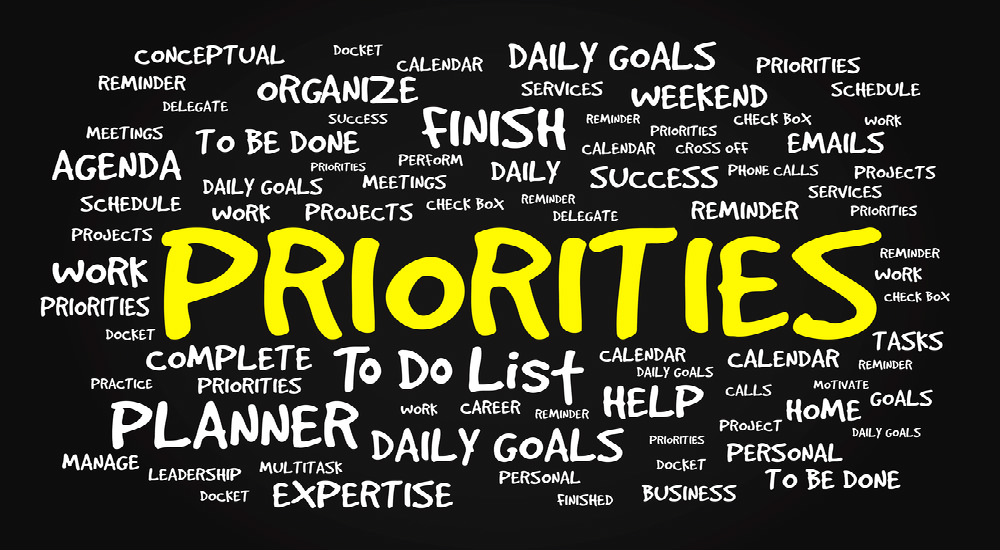 When a business focuses on its source of revenue and gears up to match market demand, it must prioritize it’s activities to meet this objective.  When a government expands to the stage where it is overloaded with regulations and crises, it should take stock of its expanded state and begin to prioritize getting itself into a manageable state.  This is what all rational individuals and groups do when they realize they are in over their head.  Governments in the past have not recognized this and consequently continued to expand in the face of corruption , mismanagement , deficit spending , rationing and eventually a state of chaos.  Usually this is a function of runaway inflation caused by deficit spending and the debasement of the currency.  The inflation is the result of the government trying to run and/or regulate businesses and individual lives adding costs they cannot afford for regulations that require more and more enforcement personnel, administration and bureaucracy.

A business knows that they are in danger of extinction if they do not act in accordance with market demand.  This incentive encourages business owners and managers to look hard at costs of production ,marketing and anticipated revenues.  Elected officials take a different tack.  They assume there is no end to the amount of revenue they can generate and the only issue is, can they get something passed that will encourage voters to keep them in office. This is short sighted and ignores the limits of the viability of government.  No government in history has ever been able to survive when it ignored its limitations.  Those who thought they could conquer the world ended up in ruins.  On their road to conquest they enticed popular support in one of two ways ,either bribery or terror and usually a combination of both. Had they recognized the limitations of their ability to mange they would have strangled their ambition for conquest.  But delusion is the fault of the fool and they saw only the phony adulation of a coerced mob chanting their name.

Our Congress is in the throes of self deception .  They pompously chatter about any issue as if they had unlimited resources and expertise.  Most of them couldn’t run a lemonade stand without a subsidy. They ignore the reality that the government is way out of bounds in trying to regulate and tax everything.  Their priority is to hold office and let everything else turn into a visible enough crisis to peel them out from under their rock and pontificate on the vagaries of the situation that they will investigate , study and eventually hope is displaced by some new more urgent matter.  But prioritizing just on the basis of urgency is crisis management in full bloom.  There is also the need to prioritize for future conditions and events.  In addition, there is the need to prioritize concerning the magnitude of an issue.  The” war on terror” ( a misnomer exposed in an earlier column), is a very serious issue although it may not have the urgency of a natural disaster occurring presently.  It needs to be addressed and a policy formulated that will assure we will achieve victory.  This is not being done.  We are slogging along in Iraq, playing footsie with Iran and Syria, downplaying North Korea and acting as if poll numbers of approval are more important than actually outlining a winning strategy that consists of more than just more “hard work” and long drawn out hopes that the Iraqis will somehow meld into a nation of harmony.  A simple examination  of the phenomena of a government that is being challenged by militias wanting to set up their version of government would tell you something is fundamentally wrong with hoping this will change. If we were serious about turning Iraq into a country where the government was in control we would wipe out the militias competing with the government and be done with it.  Instead not knowing what is happening and what is necessary to remedy it, the ongoing danger to our soldiers is continued.

If an individual had too many things on his mind and did not know how to prioritize he would be the proverbial “chicken with his head cut off” running hither and yon not knowing what to do first or next.  Not knowing how to prioritize or doing it poorly leads to disorganization and chaos in individual lives.  In government it leads  eventually to corruption and chaos, splinter groups, rebellion and the kind of mess we see in countless poorly governed nations across the globe.  For instance, the law of the land in Iraq is dictated by whoever has the most guns at the moment.  Militias take over a sector and then run and hide when they are confronted with superior force. But there is no overall controlling government force to maintain order and disarm the competing mini-governments springing up constantly where enforcement is weak.  Law and order is not a priority. A mixed basis for government is the reason.  You cannot have a secular government and a theocratic government at the same time.  Each is vying for supremacy and the result is constant warfare. Placing the highest priority on establishing a secular government is the only road to eventual freedom and peace in Iraq.  Militant religious factions will continue to war with each other until they are disarmed and fall under the umbrella of a secular government that allows religious freedom and forbids enforcement of belief at the point of a gun.

Back in the United States we are beginning to see the lack of priority of limiting government to its essential functions.  There is too much involvement by government to see prosperity on the horizon.  Regulation is choking our production facilities, taxes are choking our capital generation and too many fingers in the pie are turning the pie into a hapless cobbler.  The priority for government, just like the individual, is to look at what is really important and place it first on the priority list.  In the case of the U S government there needs to be a recognition that government is not an instrument that can deal with everything.  It is a limited institution designed by man to deal with the issue of the initiation of force by criminals and foreign invaders.  This is its function.  It cannot manage healthcare and shouldn’t.  It cannot run a railroad and shouldn’t. It should not run any commercial enterprise, This is what private citizens do.  The land of the free is evolving into the land of the handout.  And this is the result of a government unable to recognize its place in society and getting its priorities all out of whack.  It has stuck its nose in places it had no business meddling and now it has too much to do and doesn’t recognize and/or remember its major function. The mad scramble for power is only exasperating the issue.  It is time to re-prioritize  the role of government and get it back on track.  Ignoring the precipice is not the way to avoid the oncoming disaster.