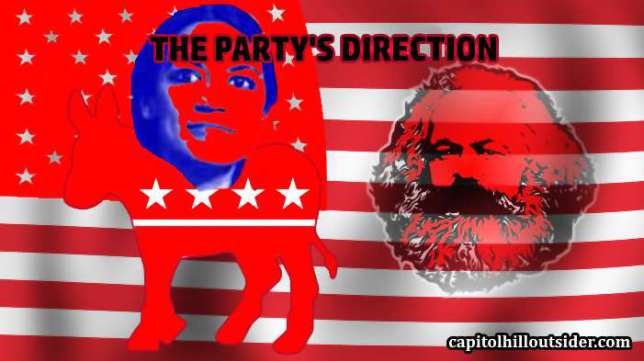 The cannibalization of Democrats—now philosophically interchangeable with Bernie Sanders-style socialism—is fascinating (and deeply disturbing) to see.  What else explains last week’s primary defeat of establishment candidate Rep. Joseph Crowley?  Shockingly, the fourth most powerful Democrat in Congress—a 10-term incumbent—pink-slipped by the voters of NY-14.  In Mr. Crowley’s former slot now stands a genuine pinko: 28-year-old political newcomer Alexandria Ocasio-Cortez.
Ah, à la Obama, another fresh-faced progressive spinning the old yarn of collectivism.  On NBC’s “Meet the Press” Ms. Ocasio-Cortez mirrored the former “hope and change” president by stating, “I’m an educator, I’m an organizer. And I believe that what we’re really seeing is just a movement for health care, housing and education in the United States.”  Well, everyone values such things; the question is how they’re achieved.  In reality, capitalism already provides that to the most people of any economic system—with the added benefit of self-determination.
Socialism is always based upon redistribution of government resources.  Therefore, in practice, this House nominee peddles de facto economic enslavement via perpetual government dependence.  That’s not the American way.  In truth, it’s a complete abandonment of the principles that defined their party under JFK.  Would President Kennedy want higher taxes, single-payer healthcare, radical criminal justice “reform” to empty prisons, and open U.S. borders (by abolishing ICE)?  Furthermore, Ms. Ocasio-Cortez’s claim “Democrats are a big-tent party” is as hollow as her dystopian rhetoric.  By today’s standards, JFK’s policies place him slightly left of mainstream Republicans.  On that basis, Jack would be shown the door as unceremoniously as Joseph Crowley was.

Would the late Norman Thomas, a fellow socialist, Presbyterian preacher and six-time presidential candidate, be that surprised by the unvarnished emergence of another democratic upstart?  Reverend Thomas famously prophesied that socialism would stealthily (and incrementally) arrive in America wearing the mantle of the Democratic Party.  In the modern era, it emerged with the failed campaign of Bernie Sanders in 2015.  That movement has gained a latest toehold with the unexpected victory of millennial Alexandria Ocasio-Cortez.  The white and blue has been drained from the Democratic Party, but the red—at its metastasized heart—remains.