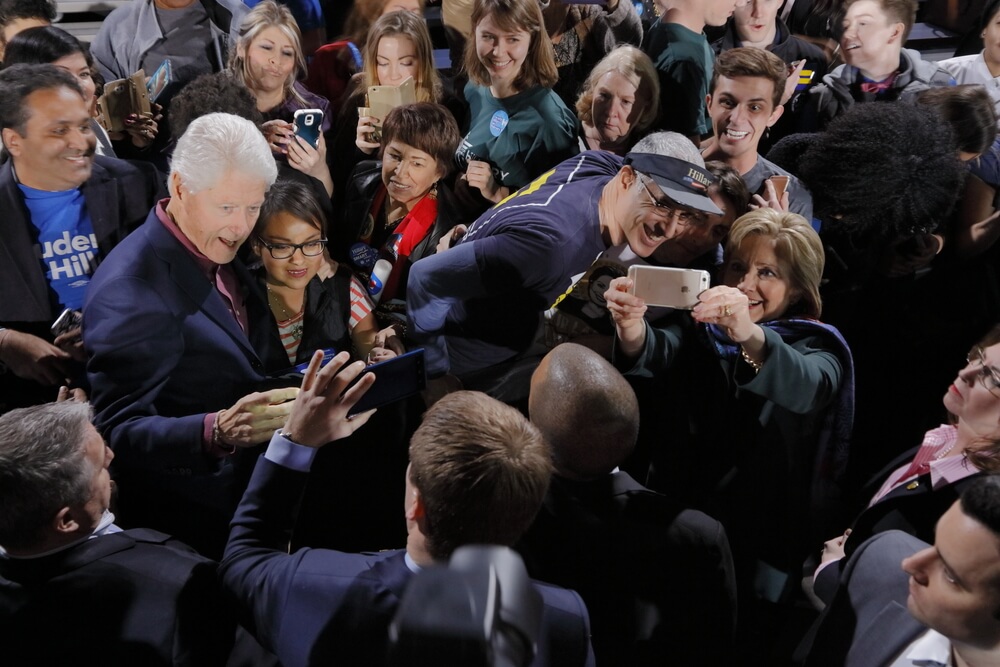 I am not sure how many of you remember a grade B movie from a few years back starring Emma Thompson and John Travolta with Kathy Bates titled Primary Colors. It seems odd that no one is recalling this movie that was clearly meant to be a depiction of the life and rise of the Clintons to political power. This movie always struck me as a more than realistic depiction of the Clintons and their thirst for power and their somewhat odd relationship built on you scratch my back I’ll scratch yours. This movie depicts a couple that obviously wants to rise to the highest office in the country and had little problem doing anything necessary in order to achieve it. The most relevant scene in the movie is when Kathy Bates puts the Clintons to the test of ethics and they fail miserably.

So disheartened by their clear lack of conscience the character played by Miss Bates commits suicide. (Vince Foster perhaps? ) Everyone thinking of this election should go see this old movie and look at what seems a pretty realistic portrayal of Bill and Hillary. We already know (except for a few million Millennials ) that Bill lied about depositing his DNA on Monica’s blue cocktail dress to the entire country. So does it seem a stretch that Hillary has long since realized that lying is no big deal to the millions of brain dead liberals that will follow her over the cliff. Go see this movie if you have a few hours and then think about your decision to put this woman back in the White House. That reset button with the Russians was a complete joke. The four dead soldiers in Benghazi was not. I think most people realized that Hillary like Bill has no problem lying when it suits their purpose. Hillary clearly wanted a private server in order to get around that vast right wing conspiracy that she has used to her benefit for decades.

If you don’t like the movie Primary Colors then go watch all 50 episodes of House Of Cards with Kevin Spacey. Again that series seems to be a reasonable portrayal of the Clintons and their lust for power, money, and influence. Donald Trump may be crude in language but I will take all his brash statements over the cunning and devious manipulations of the Clintons. All I keep thinking about is that 3 AM wake up call with Hillary wandering around the halls of the Whilte House while Bill is off in a secluded corner getting to reenact his most infamous moment in the White House depositing his DNA on the dress of some young intern. I will take whatever Donald has to give over this. Besides I would much prefer to watch Milania Trump parade before us in a gorgeous Halston dress versus a figure in a bloated pantsuit. If that sounds sexist then so be it.

I am sick of politically correct language and I am starting a 12 step program to abolish it.