Pride and Patriotism MUST Come Back 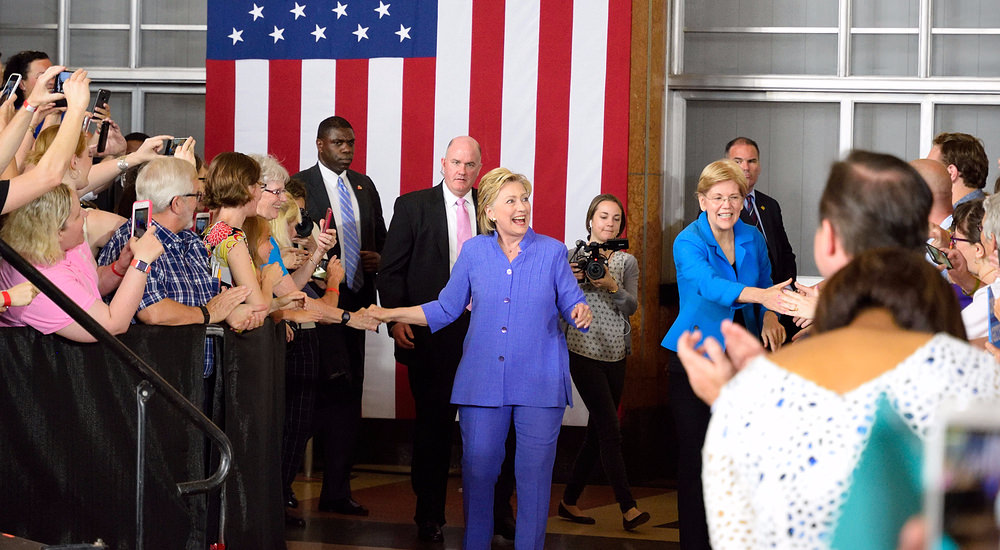 I was sent a tape of Elizabeth Warren sitting in on “The View” TV show today. I started to watch, and after about four (4) minutes I realized my lower Jaw had dropped. It honestly did as I couldn’t believe what I was hearing.

She is the Personification of all Liberal Democrats that speak today. I have not heard such manipulation of words intended to advance thoughts in a reverse direction, since President Obama and his Administrative staff were in the White House.

President Trump is not doing so bad for a Businessman trying to work with a group of Politicians desperately trying to hold onto their “cushy jobs”. There is obviously a different protocol of operating within these two factions;

i.e.   a Businessman can “fire” or “demote” an insubordinate or poor functioning employee, and not wait for Congressional discussions and votes. Elected Officials are far more protected by their peers than those appointed. A “slap-on-the-wrist” by the Ethics Committee is about the worse they can receive, or a request for the individuals’ resignation to a lower rung of the ladder.

And there, folks, is the huge problem today for President Donald Trump. According to Elizabeth Warren and her lying and fact-twisting, he is a most inept and dangerous President. In my estimation this is so very, very far from the truth. He is working hard to keep his campaign promises to the American people. Many of which he has been able to handle through his staff. He has put into motion those that must be “run through” and approved by the Congress. There-in he must depend on men and women that have worked together at this procedure for a long time; men and women that must please their own Constituents in their district. We, as voters, have begun to realize that this prestigious Assembly has put the preferences that will get them re-elected, AHEAD of the National Security, and the needs of the “Country as a whole”. Many of these Congressman and Congresswomen, seem to think that their Constituents come first; NO!  They must realize that the needs of the Nation MUST come first.

Their voting should reflect this. Then ~ ~ they can go back to their districts and explain the logic behind their vote; a vote to put the National Interests before the individuals.    I believe that this ongoing backward procedural method has led to the major problems our Legislators face today. For so many years they have put their re-election first and foremost in their actions and voting in Congress. They pamper the people that will vote for them, instead of protecting the rights, the freedoms, and the liberties of the entire citizenry of America; instead of seeing to the National Security and the Democratic way of life that so many flock to our shores to share with those of us already here.

At this point I must remind all about the Media, which is so controlled by the Liberal Democratic Socialist movement; I just saw a headline that read “…. Huckabee would rather have Obama back ….”. Of course, I immediately went to the article;

THE TRUTH: Huckabee was relating to his experience recently with Comcast, a TV Technical service. This type of reporting and misleading headlines are so destructive to our Society today; especially if one does not read the entire piece.

Stay true to the American way my friends. Maxine Waters, Elizabeth Warren, Senator Schumer, Nancy Pelosi, and so many of the others in that mode, are sadly and terribly wrong. They have, I believe, ranted so much on the side of misinformation, that they may even actually believe themselves what they say.