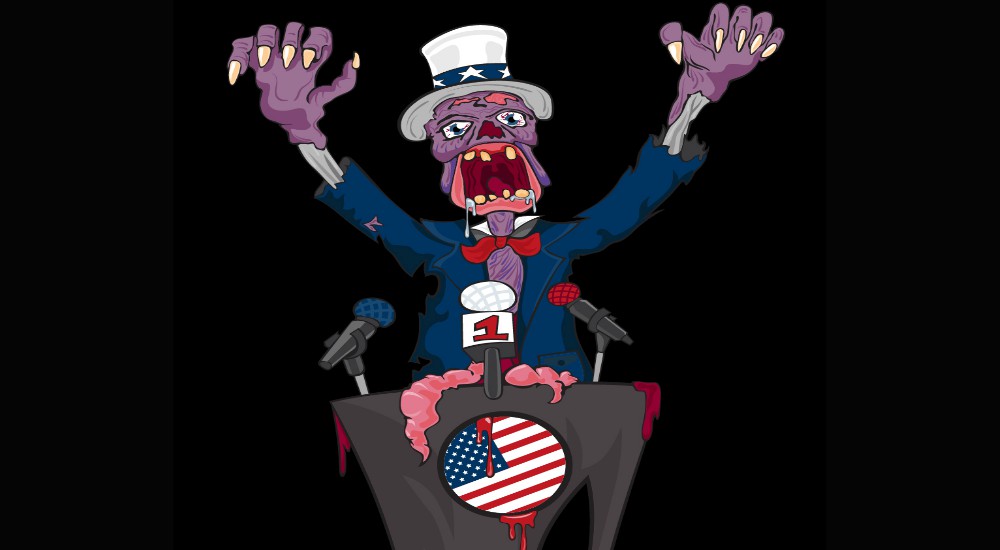 How does the Democratic Left define We The People?

We the Dead Ones. We the Corpses. We The Zombies.

We the Illegals. We the Invaders. We the Thieves.

And this is Progressive? This is Respectable? These are YOUR Representatives?

Be assured they all strangely constitute the Soros Open Society.

And now Demon-possessed women will rage in Congress. Nancy Pelosi, Maxine Waters, Diane Feinstein. All paid well to be represent all the above.

There’s no doubt this leftist madness was coordinated for months. Articulately coordinated. The crafty vicious Left were smirking, “Let Trump speak all he wants! He has his efforts. We have ours!”

But listen. One would think that since 1776 We The People would know how to handle this. Here’s what Vigileaks proposes on an emergency status:

Take the Top One Dozen most-suspect Congressional “wins” and immediately investigate with the force of a sudden whirlwind! Call them the Dirty Dozen. Call them lots of other things.

And if a Presidential Executive Order is needed to counter this National Emergency, let it begin! A National election has been literally STOLEN from We The People! The President’s Executive Order must begin NOW!

Otherwise, Congress is an open-air asylum for the next two years!  Pelosi, Waters, Feinstein, all shills, all crooks, all the three dark Soros stooges!

No WONDER the November 6th election days is held so close to Halloween! Corpses! Dead Ones! Zombies! And traditionally Republican families who know their deceased loved ones were used as voting Democrats, should have the right to sue on many counts!

It is to the HONEST We The People of America that our Beloved President Trump is responsible for an honest national election!  This makes Watergate look like child’s play!