The President is Wrong! 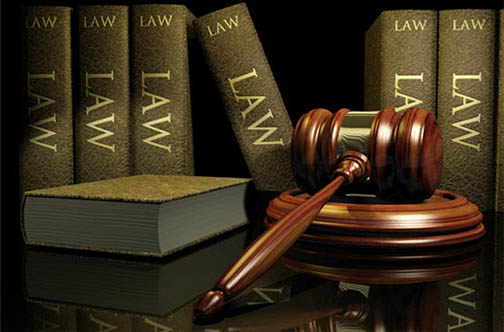 True to form, not the President, nor his cabinet have the knowledge or background on the immigration statutes. Congress has complete authority over immigration. Presidential power does not extend beyond refugee policy.  Except for questions regarding aliens’ constitutional rights, the courts have generally found the immigration issue as being unable to be judged in a court of law. Succinctly the Supreme Court of the United States has adjudicated in favor of all parties on American soil the right to all Constitutional rights.

The Immigration and Nationality Act of 1952 (INA), also known as the McCarran-Walter Act, eliminated all race-based quotas, replacing them with purely nationality-based quotas.  The INA continues to influence the field of American immigration law.  To enforce the quotas, the INA created the Immigration and Naturalization Service (INS).  The INS served as the federal agency that enforced these caps for the remainder of the 20th century.

The definition of an “alien” is any person lacking citizenship or status as a national of the United States. Different categories of aliens include resident and nonresident, immigrant and nonimmigrant, and documented and undocumented (“illegal”). The terms “documented” and “undocumented” refer to whether an arriving alien has the proper records and identification for admission into the U.S.  Having the proper records and identification typically requires the alien to possess a valid, unexpired passport and either a visa, border crossing identification card, permanent resident card, or a reentry permit.

The U.S. government can initiate deportation proceedings against aliens admitted under the INA that commits an aggravated felony within the United States after being admitted.  An alien’s failure to register a change of address renders the alien deportable unless the failure resulted from an excusable circumstance or mistake.  If the government determines that a particular alien gained entry into the country through the use of a falsified document or otherwise fraudulent means, the government has the grounds to deport.  Other common grounds for deportation include the following: aiding or encouraging another alien to enter the country illegally; engaging in marriage fraud to gain U.S. admission; participating in an activity that threatens the U.S.’s national security; voting unlawfully; and failing to update the government with a residential address every three months, regardless of whether the address has changed.

The following have been utilized in the ascertaining of information for this article.

A federal judge in New York blocked part of President Trump’s Executive Order on immigration Saturday, ruling that authorities could not remove individuals from seven Muslim-majority countries who had arrived in US airports after the order had been issued. The White House, however, maintained Sunday that the ruling does not undercut the executive order.

US Judge Ann M. Donnelly held that the petitioners had a “strong likelihood of success” in establishing that their removal “violates their rights to Due Process and Equal Protection guaranteed by the United States Constitution.”

President Donald Trump’s move to ban more than 218 million people from the United States and to deny entry to all refugees reverberated worldwide Saturday, as chaos and confusion rippled through US airports, American law enforcement agencies and foreign countries trying to grasp Washington’s new policy. Trump’s executive order bars citizens of seven Muslim-majority countries from entering the United States for the next 90 days and suspends the admission of all refugees for 120 days. The seven are

One would have a hard time reconciling why Saudi Arabia, the financier of the 9-11 attack that killed in excess of 2,800 Americans on their way to work, shopping, or visiting businesses, was not included in this list. We also see conspicuously missing the homeland of the Tsarnaev brothers, the bombers of the Boston Marathon which had a homeland of Chechnya. We also find that the killer of 50 in Orlando Florida was part of G4S, the company that employed the man believed to have killed 50 people at a night club in Orlando is one of the world’s largest security firms, with a workforce rivaling the population of Washington, D.C. G4S is a British Intelligence agency that goes through a rigorous background, psychological, and criminal screening. G4S works mostly with illegal immigrants in the United States. The San Bernadino shooters were Farook who was an American-born U.S. citizen of Pakistani descent, who worked as a health department employee. Malik was a Pakistani-born lawful permanent resident of the United States.

Not only did this latest fiasco not stop the potential for homegrown terrorism, but is illegal and has no standing against the 14th Amendment of the U.S. Constitution. Donald J. Trump once again has failed.