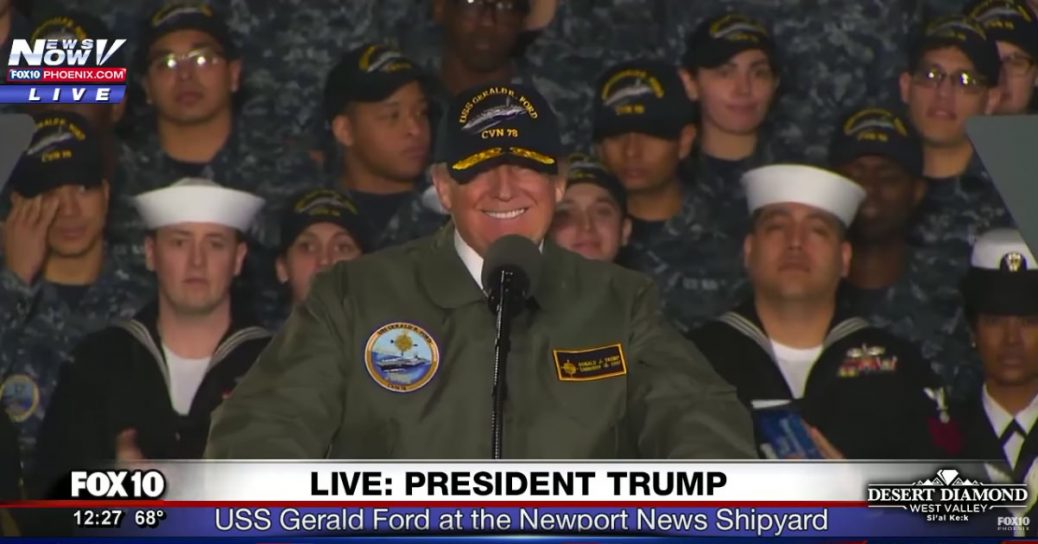 WE WIN OUR BATTLES WITH A MORAL COMPASS!

Throughout the brief but powerful tenure of President Trump, this great president’s message is replete with the words, “I need someone with a moral compass!”

Indeed, in that pathetic era of America designated as B.T. (Before Trump) America lost its way, simply because it lost its moral compass.

It lost its way on all its battlefields! Military, naval, media, monetary, political, because it lost its moral compass. GPS technology, in the material realm, is not enough! A Moral Compass strengthens those who do battle in every field of endeavor!

Indeed, it is the Most Important piece of equipment in battle! The Divine Field Manual explicitly and urgently directs in Ephesians 6:10-18.  Take this to your battlefield today!

10 Finally, my brethren, be strong in the Lord, and in the power of his might.
11 Put on the whole armour of God, that ye may be able to stand against the wiles of the devil.
12 For we wrestle not against flesh and blood, but against principalities, against powers, against the rulers of the darkness of this world, against spiritual wickedness in high places.
13 Wherefore take unto you the whole armour of God, that ye may be able to withstand in the evil day, and having done all, to stand.
14 Stand therefore, having your loins girt about with truth, and having on the breastplate of righteousness;
15 And your feet shod with the preparation of the gospel of peace;
16 Above all, taking the shield of faith, wherewith ye shall be able to quench all the fiery darts of the wicked.
17 And take the helmet of salvation, and the sword of the Spirit, which is the word of God:
18 Praying always with all prayer and supplication in the Spirit, and watching thereunto with all perseverance and supplication for all saints…

Take Divine Field Manual into the Battle of Life! And then the American Armed Forces is COMPLETELY EQUIPPED! Indeed, one can have the greatest and most abundant weaponry, training and supplies in the world! But without a Moral Compass, the crucial battles will be lost! For decades, Marxism has systematically tried to hide the American Moral Compass!

Throughout world history, every great general has observed: “There is strength in purity.” And in life’s fields of battle – military, naval or civilian – there is strength through morning Bible reading and personal prayer to God throughout the day. Try it! Get used to it! Love it!

This is the Strength which empowers the Wings of the American Eagle! Make sure every field pack and duffle bag and First Aid kit has an MC (Moral Compass).

For, without a highly functional Moral Compass, the battles are lost. But with it, the battles are won, over and over and over again! Because now you are praying for God’s Strength as well! He recently provided the winds that cleared mine fields in Israel, so soldiers could cross over! His winds also re-routed missiles headed for crucial areas! His clouds confused the enemy at the Israeli-Syrian border!

Yes, the goal of every new and veteran chaplain should be to inspire and have all personnel memorize Ephesians 6:10-18.

They will fill with wonder and inspiration every American child!

They will Make America Great Again!

That You, God, for Your Timeless State of the Art Weaponry!