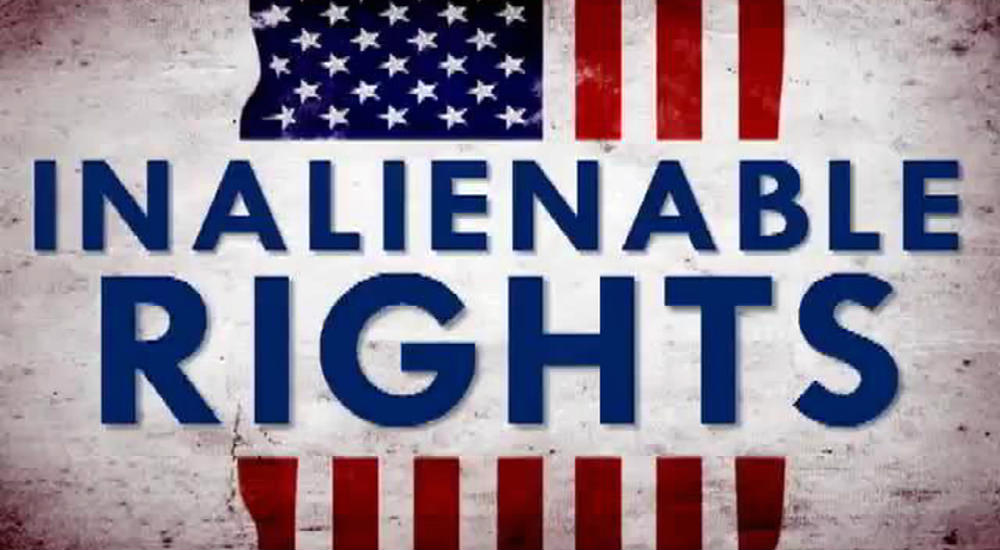 A Magnificent Reappearance of Inalienable Rights for True American Citizens!

A very simple way to highlight America and the principle of American government, from other governments of the world, is to ask of their systems: “Under your systems does the individual have rights your governments are bound to respect?”

“Bound” to respect is the key word. Only can the United States answer such a question affirmatively. America is the only country in the world where an individual has definite inherent rights that government in any or all its branches and divisions are bound to respect.

These will be fully reinstated for all true American citizens as President Trump, with unusual nobility and valor, elevates and escalates Americans to their former full realization of inalienable rights!

And these rights will now be uppermost for true American citizens! No longer to be squashed and subjugated by Marxist “politically-correct” agendas favoring illegals and unnaturalized citizens. No longer will true American citizens live in fear of becoming second-class dhimmi by the insidious incrementalism of Sharia Law in America!  No longer will Americans be traumatized by a Marxist government ignore the Bill of Rights and grow weary asking, “What part of No don’t you understand?”  (The first ten Bill of Rights tell government what it cannot do.)

Too often, in a national dumbed-down state imposed by the illegal and anti-Constitutional Dept. of Education, American students know how American government works – but no one ever tells them why it was called upon to work in the first place. They have a cursory understanding of government methods but no understanding of its vital principle: The protection of the inalienable rights of every true American citizen!

This is what the great President Donald Trump stands for and this is what he pledges, deep from within his American heart, to serve and protect. And for this rare and exemplary service, President Trump needs to be in everyone’s daily prayers.

The signers of the American Declaration of Independence risked their “lives, fortunes, and sacred honor” to write into the cornerstone of American government: The unalienable right of each person to his or her God-given freedom – free will if you please – to serve God and account to Him through life and at death. (Not using liberty for licentiousness.)

And the same signers emphasized the character of government as the agent of God’s creative purpose (not the occult purposes Wikileaks revealed) charged with the same duty of protecting the individual in the rights that God gave him.

Under the strong leadership of President Trump, all true American citizens will once again realize the unchangeable end of all governmental activity: The protection of the inherent, God-given inalienable rights of man. The Armed Forces of the United States of America will now realize this is their PRIORITY – forsaking an imperialism benefitting an infiltrated White House, to profiteer selfish anti-Constitutional interests!

No more American Armed forces assigned to guarding George “Poppy” Bush’s opium crops in Afghanistan! No more inexperienced National Guard riding point in foreign areas and made to sleep near ammo storage areas! No more hiding US troops in northern Australia!  Now, these will once again protect and guard the inalienable rights of all true Americans!

Including the inalienable rights to private property including an Internet under American and not UN control.  Freedom from government hacking and spying as recently seen with Yahoo Mail.  And complete protection from clandestine voice recognition and retina identification, as promoted through Google’s, Samsung’s, and other products at Best Buy this Christmas!

President Trump has his work cut out for him.  But he is more than fit for the task!   If in his first 100 days all Executive Orders and PDFs will be canceled, much will be accomplished in the great work of restoring inalienable rights to every true American!  God Bless President Trump and his great work!