President Trump hasn’t Given Up on Healthcare Reform, says it Will Lead to Tax Reform 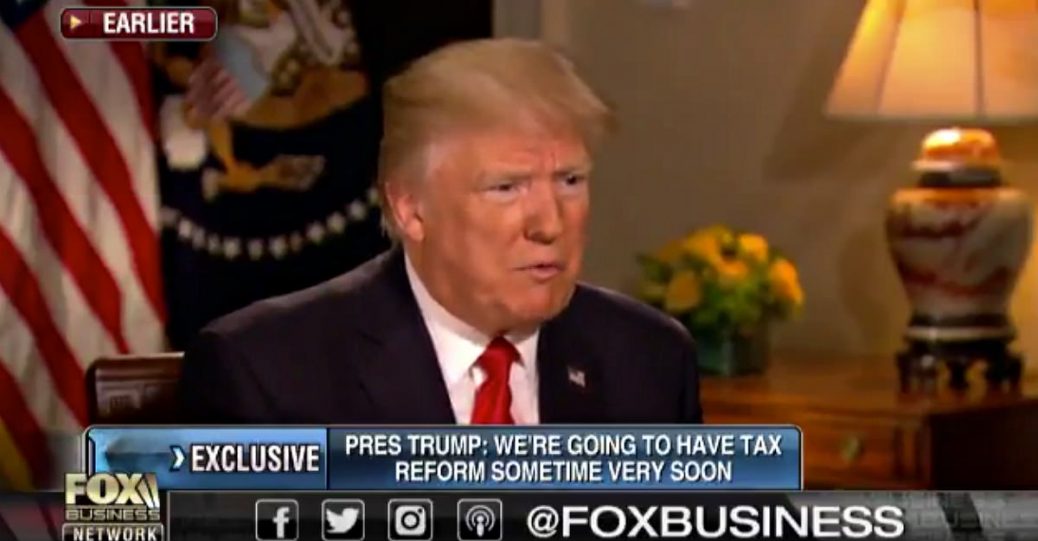 Earlier this week President Trump sat down with Fox Business News’ Maria Bartiromo to discuss a wide array of topics.

One of those topics was healthcare reform – while the President indicated that he was moving on a few weeks ago, it now seems that may have been premature. Speaking to Bartiromo, Trump said that the GOP had not given up on getting Obamacare repealed and that they were getting closer everyday. Trump also told Bartiromo that healthcare reform would lead us into tax reform, and that he had learned his lesson from the first healthcare debate… he’s not putting any artificial timelines (or deadlines) on getting Obamacare repealed.

“We’re going to have a phenomenal tax reform [plan], but I have to do health care first. I want to do it first to really do it right. Because I’m saving a tremendous amount of money, hundreds and hundreds of millions of dollars we’re going to save on healthcare. We’re saving tremendous amount of money on healthcare, and… all of that savings goes into the tax!”
Later he said, “I don’t want to put deadlines. Health care is going to happen at some point. Now if it doesn’t start fast enough, I’ll start the taxes. But the tax reform and the tax cuts are better if I can do healthcare first.”

.@POTUS: "We are going to have a phenomenal tax reform but I have to do health care first." https://t.co/qkETJHyeB8 pic.twitter.com/PWfyDwrGPN