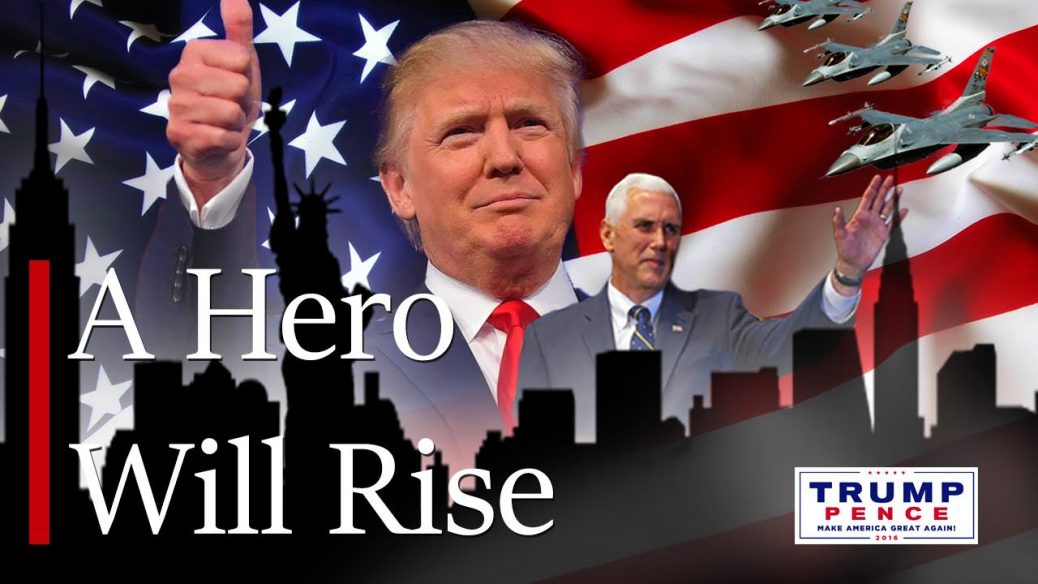 President Trump celebrated the end of the honeymoon that wasn’t with his people rather than with the liberal press that has smeared him for his first three months in office.  He is rebuilding America for her people while battling leftist propaganda and corruption that would give American’s hard earned wealth away to foreign invaders who hate America.

Donald Trump has proved that Democrats are as wrong as they are dishonest.  Leftists are about as good at predicting the outcome of presidential elections as they are at predicting the end of the world.  They have no better sense of how to run this country’s economy to produce prosperity than they are at leading the people to changing the climate.  The fallacy in their thinking is their belief that it is possible to tax people into prosperity or pollute the Earth to the point that they can change the climate and kill people.  There is no scientific proof that it is at all possible for mankind to alter the climate of the planet.  There is only their junk science created by their computer models that are proof of the computer axiom – “Garbage in, garbage out.”  They can only indoctrinate ignorant fools to believe them and form the Climate Inquisition to punish unbelievers!

Democrats are not working for the American people, but waging a war against the American citizen by aiding foreigners to invade and take from the taxpayer what they have worked for and earned.  They say they want to stop billionaires from stealing more from the taxpayer, but the truth is that they are the ones doing the stealing.  Democrats believe businessmen who build businesses owe their wealth and success to their employees for whom they create jobs and pay them, and their customers that buy from them.  They do not honor entrepreneurs as leaders who led a team of people to build products that others wanted to buy.  They see them as greedy slobs who steal from their employees and customers.  This is not because businessmen are thieves, but because Democrats who are thieves see them in this way.  That’s how leftists operate.

Democrats are the thieves that become rich by taking wealth from others by hook or by crook.  Barack Hussein Obama campaigned against President Bush on the basis that Republicans were stealing American’s wealth by creating massive debt to the tune of $5 trillion while “not paying for two wars.”  The fact was that the debt was what was paying for those wars so the economy wouldn’t suffer.  Obama’s solution was to take the presidency by crashing the economy through the Democrat controlled Congress’ mortgage banks, blaming Bush, and then stealing $10 trillion for Democrats making American taxpayers debt slaves to the government.

This is how leftists take from those who work.  If they can’t steal it by force then they’ll convince you to give it to them through coercion.  If you refuse then they’ll call you racist, xenophobic, hateful, and greedy.  They’ll tell you that you are stealing from the poor and destroying the Earth until they can guilt you into surrendering your wealth and your freedom.  They do not understand that acquiring wealth through business is righteous.  Businessmen don’t steal from the public, but provide goods and services people want to buy.  Those who do cheat their customers are taken down by government protection.  That’s how laws are supposed to work.

Democrats aiding and abetting America’s enemies both foreign and domestic

But Democrats do not take them down.  Instead they make them their crony donors for their political campaigns so they can retain their power.  Democrats say helping the economy to grow requires the government taking more in taxes.  What kind of backwards liberal thinking is this?  They say letting rich people keep more money is creating “tax cuts that are not ‘paid for’” as if government pays people’s salaries.  They say businessmen didn’t build their businesses without some form of government help.  The only help they need to make their business grow is access to the money they earn.  Democrats who take that money to give to their friends whose businesses are failing because they suck don’t help anyone but themselves.  Ronald Reagan doubled tax revenues in the 80s by cutting taxes and increasing economic output.  Obama made record revenues by taxing the Middle Class into poverty and businesses into stagnation.  In the Liberal World the only way to make money is by taking it from someone else.  No one becomes rich in their world without making others poor.  There zero sum mentality is why liberals fail economics.  They don’t understand that life and the economy are non-zero sum.

President Trump has done more to rebuild the American economy in his first few months than Obama did in eight years!  Even before he took office American businesses responded to having the Democrat boot taken off their throats.  Democrats say Trump has had no major accomplishments during his “honeymoon” period.  The liberal media doesn’t admit that they have spent all their time smearing him and claiming he cheated Hillary of the election with Putin’s help.  They say that if the President doesn’t score a touchdown in his first hundred days then he’s a failure.  That’s like telling a quarterback that if he doesn’t score in the first five minutes of a game he’s a loser.  TELL THAT TO TOM BRADY!

Liberalism is the ideology of ignorant nonsense while conservatism is the ideology of educated common sense.  President Trump, God bless him, is just getting started.  Leftists say he ran as a populist but is acting like a far right conservative whom they call “fascists.”  This is another fallacy of leftist thinking.  The far left and far right are not opposites.  They are the same people from the leftist’s point of view.  But the truth is that the Right stands for liberty while it is the Left that stands for socialist totalitarian slavery.

The American patriot understands that President Trump is up against the swamp of leftist corruption within the Washington bureaucracy of both Democrats and Republicans.  They know he is up against the leftist socialist media propaganda campaign and educational indoctrination without that says he is a lying fascist.  They realize that the fascists are the ones running the media and college campus riots to silence the Moral Majority.  They see that Democrats are importing cheap labor for themselves to keep the America citizen down.  Democrats, however, are in full meltdown over their defeat and the dismantling of their party by Obama’s obvious wanton corruption and by their party’s going to the Dark Side by openly embracing racism, Communism, Islamism, and Fascism wholeheartedly.

Meanwhile, Obama is cashing in and laughing all the way to the bank as he continues to pander to the fat cats on Wall Street – the very people to whom he gave trillions of taxpayer dollars while in office as he pretended to his liberal dupes that they were not his cronies.

As Rush Limbaugh points out, “But the last thing they [Democrats and Establishment RINOs] want is for some (in their view) unskilled, untrained, unprofessional, reckless ne’er-do-well bringing in this bunch of people he’s got, like this ruffian Bannon and some of these young whippersnappers that don’t know what they’re doing? ‘Good God,’ the establishment’s saying, ‘we can’t allow this to succeed! What’s it gonna say about us?’ My point is, you always have to keep in mind what Trump is up against. And he knows it.”