The President Pardoned Sheriff Joe Arpaio – So What? 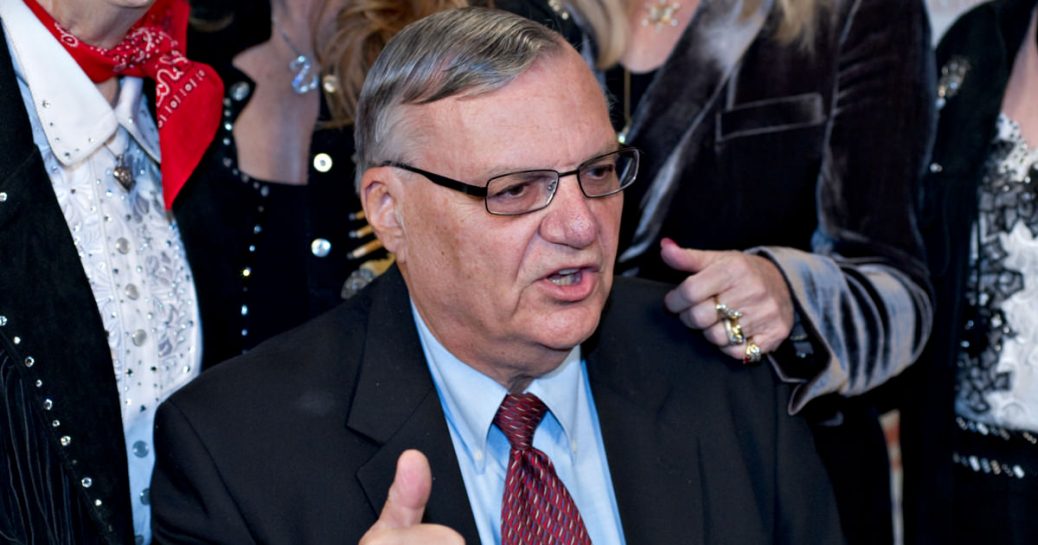 I don’t often disagree with the Washington Examiner, but I’m afraid I must this time.

They posted an article entitled, “Trump, once the law and order candidate, embraces lawless disorder with Arpaio pardon.”

So now it’s not only the left who are piling on Joe Arpaio and President Trump, but those on the right are joining the chorus.

You would expect that Trump would have received mass-condemnation from the left. After all, they are the soft-on crime party of illegal aliens. However, many on the supposed right, or who at least call themselves Republicans, are also screeching at Trump’s pardon of the former Maricopa County sheriff.

“The speaker does not agree with the decision,” Doug Andres, spokesman for Speaker Paul Ryan said. “Law-enforcement officials have a special responsibility to respect the rights of everyone in the United States. We should not allow anyone to believe that responsibility is diminished by this pardon.”

And what is all this hubbub about? Why did Sheriff Joe have to be pardoned? He was found guilty of criminal contempt by a leftist Clinton appointee, U.S. District Court judge Susan Bolton. She found him guilty of defying her order to cease the “profiling” of Latinos.

Well, I’m sure he’s really sorry about that. If it happened to be red-headed Irishmen illegally crossing the Mexican border into Arizona, Sheriff Joe would have profiled red-heads. But it isn’t. The overwhelming majority of illegals crossers are Latinos. So of course he would single them out. Any correct thinking person would. But our days of reasonable thinking have long since gone.

Arpaio was doing basic police work. There is nothing wrong with profiling. It’s what we have all complained about regarding the TSA. They, being hamstrung by political correctness, refused from day one to reasonably profile Muslim men as possible terror threats. Rather, they opted to frisk 80 year old white grandmothers.

Taking a backseat to no one, the Maverick, John McCain stated that, “Mr. Arpaio was found guilty of criminal contempt for continuing to illegally profile Latinos living in Arizona based on their perceived immigration status in violation of a judge’s orders.”

And we all know that a Ninth District federal judge’s order carries far more weight than does actual federal legislation. Last I checked, it is still illegal to come into our country uninvited. I don’t believe that law or the thousands of other border-control laws have ever been rewritten or overturned by means of a vote – which is the only way they can be. And they won’t – and liberal judges know it. This is why they make up crap like illegal profiling.

We know what the left’s beef is – anything that may curtail illegal immigration. And those on the right seem more and more to just wish to defy Trump, regardless of the issue.

But what is the Washington Examiners gripe? Are they also anti-profiling – or just anti-anything Trump?

“As sheriff, Arpaio’s office would routinely detain Latinos solely on the suspicion they had broken immigration law, without any evidence whatsoever that a crime had been committed,” write the Examiner. “If judicial decisions are not given their proper respect, the rule of law will break down. That’s not to say precedent can’t be overturned or convictions can’t be appealed, but established judicial processes must be followed.”

This is their boggle (h/t Demolition Man)? First – isn’t that what law enforcement does all the time – detain people on suspicion that the person is involved in a crime? Answer: Yes – and entering the country illegally is “a crime.” Second – Judicial decisions? How about proper respect for the laws passed by the federal legislature? That’s the Constitutional way. Correct me if I’m wrong, but I don’t believe the word “judicial precedent” is once mentioned in the Constitution. That’s how important the founders thought it.

However, Article II, section 2, clause 1 does state that the President “…shall have Power to grant Reprieves and Pardons for Offenses against the United States…” There is no imprimatur, no exceptions, no advice or consent by the legislature or judiciary necessary.

Rather than dump on Trump for his pardon of Arpaio, why doesn’t the right concentrate more on judicial overreach? A district court judge has no right to rule on such a thing. That is between the legislative branch, which passes immigration laws, and the executive branch that must carry them out.