President of Levi’s Clothing Co. Fired for Daring to Speak Out Against Masking Kids 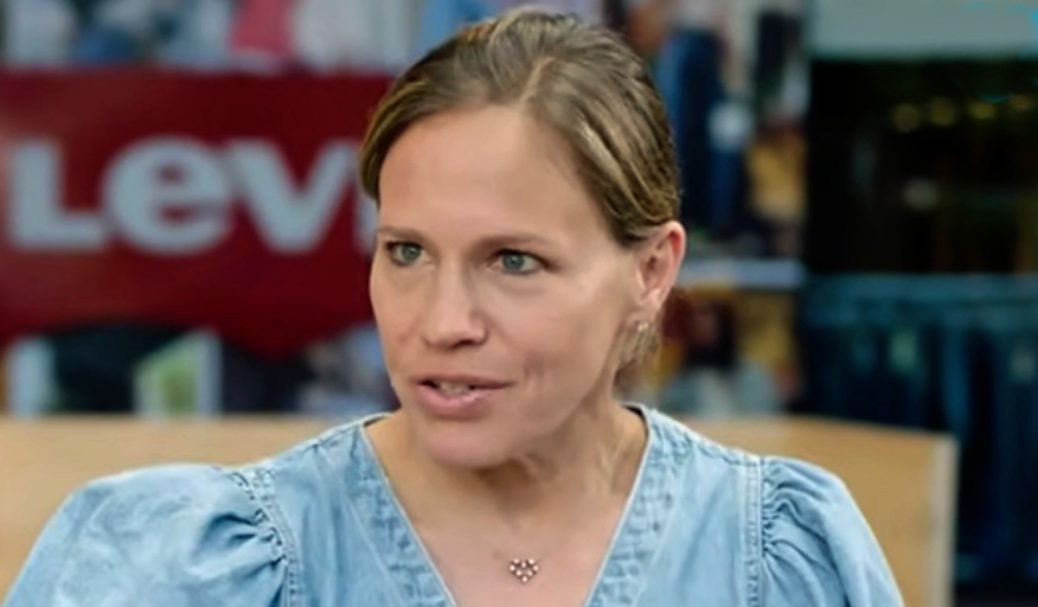 The president of the Levi’s jeans company is out because she dared to speak out against the unscientific and dangerous policy of masking school kids.

Jennifer Sey, former USA gymnast and president of Levi’s brand was fired for repeatedly speaking out about her feelings on COVID.

Sey, 52, was so incensed by being fired for engaging in her right or free speech that she even turned down a one million-dollar severance package from her job of 20 years because the cash was contingent on her silence over being released.

Last March, she moved her four kids from California to Denver so that they could attend classes in person and have a ‘normal childhood’.

But she has now revealed that in the background, Levi’s staff were pressuring her not to share her views on the subject because they offended the company’s liberal preferences.

She stopped speaking out in November, after being told she was on track to become the next CEO, but says she told last month it was ‘untenable’ for her to stay because outside detractors put pressure on the company to fire her.

‘In the last month, the CEO told me that it was “untenable” for me to stay. I was offered a $1 million severance package, but I knew I’d have to sign a nondisclosure agreement about why I’d been pushed out,’ Sey wrote.

“The money would be very nice. But I just can’t do it. Sorry, Levi’s,” she joked.

But Sey went on to charge that Levi’s is no longer interested in America’s great heritage of hardworking, self-reliance.

She added that the company has gone woke and is more interested in squashing free speech inside the company.

“It’s trapped trying to please the mob,” she added, “and silencing any dissent within the organization. In this it is like so many other American companies: held hostage by intolerant ideologues who do not believe in genuine inclusion or diversity.”

“After all these years, the company I love has lost sight of the values that made people everywhere want to wear Levi’s,” she said.

It all came to a head after Sey spoke out against shutting down schools during the pandemic.

But soon enough, her bosses began telling her to stop speaking out against the pointless and dangerous shutting down of our schools. An after she appeared in the media to talk about her point of view, the company eventually fired her.

This is how the left works, folks. They cannot stand free speech. And when they encounter it, instead of tolerance, they seek to destroy you.