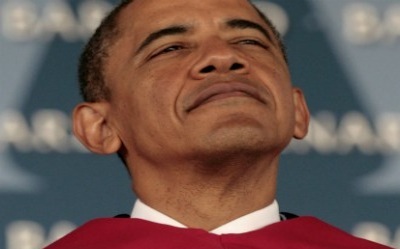 I watched an interview by Fox of President Obama after his visit to Russia.  During the interview the question was asked about the role of America in the fall of the Iron Curtain and Mr. Obama’s view of the demise of the Cold War.  Instead of proudly giving credit to America for a dominant role, he dismissed the event as a collection of acts by such countries as Poland and Czechoslovakia as if they were equal partners.  This was a demeaning explanation of the role America played in this stare down.  Why?  Because if there had not been the model of America the efforts of Poland and Czechoslovakia would have been but mere whispers in world history.

This lack of recognition of how important America has been in the struggles for freedom and democracy is inexcusable.  Wherever human rights has been recognized it is because America offered the vision of what could be.  No other country has welcomed so many repressed and opportunity seeking individuals as America.  We are known as a country of immigrants and a “melting pot” and nowhere in the world is there any kind of duplication of this achievement.  This is something we should be proud of and recognize as foremost in our past. Our President should understand and be a spokesperson for this legacy.  Instead we are seeing a President that apologizes for what he considers to be America’s flaws and mistakes to every country he visits no matter how repressive and vile their past has been.

Just as a CEO is a champion for a company he represents so too our President should speak up for America every chance he can.  There is no excuse of belittling America by downplaying her enormous achievements and accentuating simple mistakes that in most cases have been corrected.  We should not be an apologetic nation.  We have given the world far more than the world has given us.  We feed starving nations even as their dictators take most of the loot.  We mediate in impossible conflicts such as the irreconcilable Middle East with tons of money and material and lives ( which is the result of a stupid foreign policy) and we get ridiculed and hated for these efforts.  Yet our President instead of identifying what we have done apologizes that we have not been “better.’  What kind of advocate for America did we elect and why?

America has been a world leader for most of her life and this was because she was different and outlined a way of life where the freedom of the individual was paramount and legally honored.  This is what has made America admired and a sanctuary.  Yes, America had slavery as did most of the world but it was the emancipation proclamation of America that eliminated it in this land while it still exists in other parts of the world.  This is knowledge that an American should know and be proud of.  Especially if that American has been educated in America’s finer institutions of learning and is intimately involved in American government.

Slowly there has been a transformation in America from being proud of what she has done to being apologetic for what she is.  This has happened as increasingly Americans have decided government should take care of everything and everybody by calling on politicians to redistribute wealth and make it more difficult to create it.  This trend came from a public education system that was vested in government funding and forgot that public funding must have a source in private enterprise.  That distinction has been so obliterated that the government has notions that it is the prime mover of the economy and can willy nilly turn on and off the spigot of wealth with a simple vote for more money in circulation by way of a “stimulus” package.  You cannot stimulate an economy by increasing public spending.  Public spending is consumption oriented and wealth accumulation is derived from production and profits.  Only when profits occur is there anything to tax and therefore spend (by way of redistribution).  The current government is bypassing the earning portion of the equation and believes it can simply take surpluses that don’t exist from printed paper money and everything will be fine.  This is so stupid it would have been ridiculed in smarter times.  These times were before the government got the idea they were omnipotent yet apologetic to all persons on earth except American citizens who put the dolts in office.

Will America ever stand tall again?  Not while we have apologists in Washington.  Not while we have socialists in our universities.  We are on the same old road to decline that all collectivists have traveled.  Welfare statism run rampant by promises from pandering politicians and gullible voters is the same old pattern.  A mob of Americans are looking to Washington for answers from people who don’t even know which questions to ask.  America’s manufacturing vanished and the remnants of that in the automobile industry is on the way out.  Lower paying jobs from less profitable businesses is the future before us.  More entitlements and more taxes and more inflation in a nation that should know better after seeing examples world wide of too much government.  Yet the myth persists that a smooth talking leader can save the country.  No matter how smooth the talking if the message is nonsense the delivery is useless.  It is especially useless if a new direction is simply a rehash of all that has been proven to fail world wide.

Appointing a racist to the highest court in the land, pushing for a public healthcare system that will produce rationing and drive doctors away, spending huge amounts on public works that will require trillions in borrowing and taxes and doing everything possible to discourage people from acquiring and utilizing capital.  This is the disgrace of America today.  The America of the past was infinitely superior to the toady approach to the nations of the world teetering on collapse.  Our President may be apologetic for the America of the past but there will be no apologies for the policies and attitudes he has conveyed under his regime.  These are inexcusable and will be reviled as a huge misstep in the history of our country.  Americans should not grovel in the mistake they made in voting for a collectivist President but simply point out that in the long run this was an error that we identified and corrected just as we did when we rejected slavery.  After we correct this, we can stand tall.