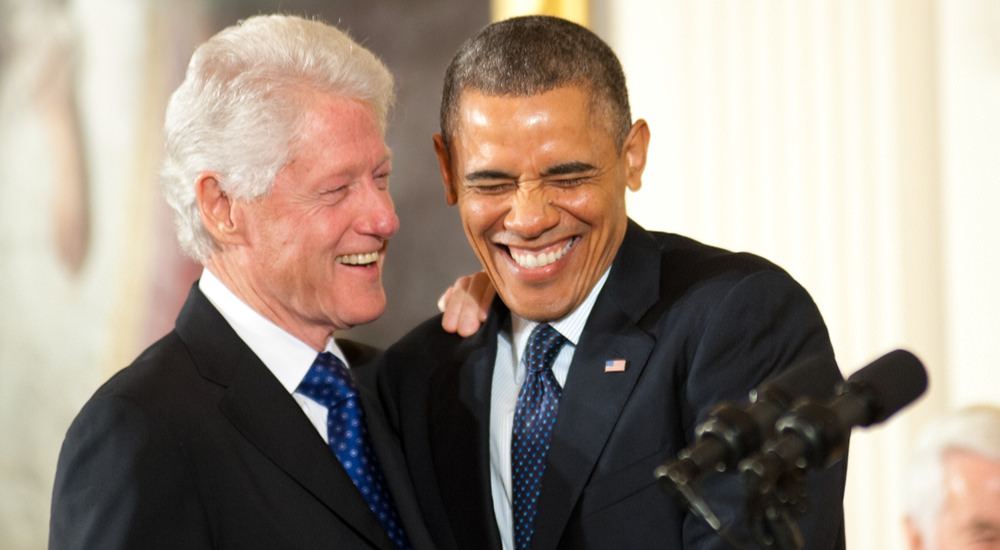 In an act of ultimate arrogance and self-serving narcissism, President Barack Obama has awarded the Distinguished Public Service Medal…to himself.

On Wednesday, Defense Secretary Ash Carter was forced into pinning a Defense Department medal on the chest of his boss during a ceremony for the Armed Forces at Conmy Hall in Virginia. Obama’s awarding himself a medal, any medal, is the height of liberal arrogance that typifies his dictatorial eight-year reign as King, er, President of the United States. What is even more laughable and frankly insulting, is that Obama would award himself a Defense Department medal.

This President has consistently hated the Armed Forces throughout his Presidency and has done everything in his power, including abusing Veterans and ignoring their medical needs, to minimize the role and effectiveness of the U.S. Armed Forces. This is the latest in a long-line of Presidential abuses that we, the American people, have suffered at the hands of this Socialist ego-maniac.