Be Prepared to be Peppered with Questions on Your Next Date 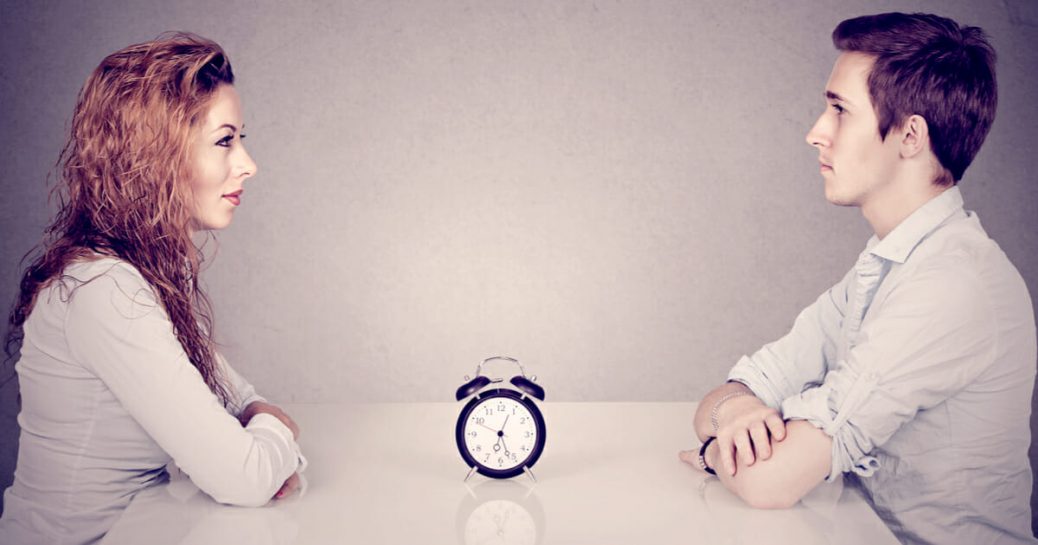 On Monday, Jeff Fisher, Jeffy, was filling in for Pat Gray on his Blaze Radio program. He spoke on many topics. One that interested me, because of the absurdity, was an article written by a radical feminist and posted on the website, “Wear Your Voice.”

The article was entitled, “10 THINGS EVERY INTERSECTIONAL FEMINIST SHOULD ASK ON A FIRST DATE.”

This person, who describes herself as a, “queer femme of color,” made an actual list of the 10 things everyone, or every radical leftist, should ask of a prospective friend, date or suitor, whether they be heterosexual, homosexual, or any of a dozen or so other classifications.

She says that she keeps, “close relationships with people who go beyond allyship; they’re true accomplices in the fight against white supremacy, queerphobia and misogyny. If you’re not going to support marginalized folks, then we can’t be friends, let alone date. The personal is political.”

Well I give her credit for one thing. She, unlike many leftists, at least admits that everything boils down to politics for those on the left. They seem to have nothing else. But what do I know. I’m a heterosexual Christian White guy who’s never been oppressed. Everything I am screams oppressor.

As I have neither the desire nor the stomach to put you through the entire list, here are some of the better of the 10. May I add that at least six of the 10 have nothing at all to do with dating, interaction or relationships, but only radical leftist political activism. But as we know, and I say all the time – “Nothing says love better than matching picket signs.”

The list starts with a bang, as she asks: “1. DO YOU BELIEVE THAT BLACK LIVES MATTER?” Now I ask – who would answer “No” to that, save for a Klan Member? And I’m just going to guess that a Klansman would not likely ask out a “queer femme of color.”

However, if you are asked this, beware not fall into the trap and say that “all lives matter,” because they evidently don’t. Short-lived democrat presidential candidate Martin O’Malley found that out on the campaign trail in 2015. You may recall he was practically booed off the stage.

Number five is a good one and one of my first concerns on a date.

“5. ARE YOU A SUPPORTER OF THE BDS MOVEMENT?” Now if this were Bacon, Doughnuts and Sausage, I’d be all for it. Sadly and predictably it is not. BDS stands for “Boycott, Divest, Sanctions.” And just as predictable it involves the phony oppression of the Palestinians by the evil Israelis. Yet another fun first date icebreaker.

“6. WHAT IS YOUR UNDERSTANDING OF SETTLER COLONIALISM AND INDIGENOUS RIGHTS?” The author explains that as she grew up in Switzerland, she had to research the oppression of the American Indigenous peoples, the Injuns, by us white folks. By this, she obviously has a very low opinion of the United States. So low that she moved here in 2010 and stayed. Huh.

“7. DO YOU THINK CAPITALISM IS EXPLOITATIVE?” Why, of course it is! She claims that, “Anti-capitalism, especially in the U.S., is imperative if you have an understanding of systemic racism, the prison industrial complex, the 13th Amendment and exploitation.” Now what does the abolition of slavery, the 13th Amendment, have to do with this? Was that not a good thing? And doesn’t capitalism equal free markets, which is the underpinning of the “freest” form of society? Color me confused. Get it – color, as in “person of color.”

Anyway – She continues by touching on other predictable leftist talking points, like blanket support of all Muslims, regardless of their origin, and illegal aliens.

All in all, I have concluded that should you decide to adopt this list as a prerequisite to dating, you will likely find yourself alone – a lot. And those you find acceptable will be as bitter and disappointed with life as you, which is good. Those of this mindset deserve one another.

As a conservative, single, white, heterosexual, all-American male – I thank her and those like her for thinning the herd, as it were, of many of the wackos.