A Prelude to the Third World War? 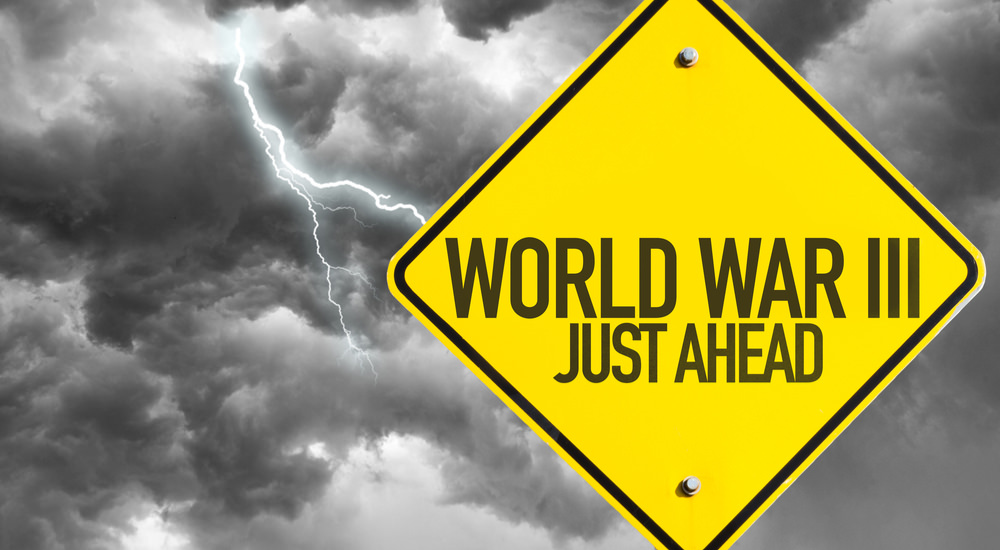 We’ve got bribery and collusion, Clinton, Obama, Manafort, Podesta, Russia and Uranium One in the news. If the Obama administration covered for the Clinton crime family which colluded with Russia, who else is involved in this swamp corruption?

Russia is a highly strategic actor on the world stage. It is not a coincidence that significant chess grand masters, scientists and novelists among other broad and deep intellectuals have come from the Great Northern Bear. Vladimir Putin is the figurehead of a powerful Russian cartel. He is as communist and dictatorial as ever. The Soviet politburo and the oligarchy and are the model for democrat liberalism. Russians and communists are by nature or culture are planners and long-term thinkers.

Don’t believe for a moment that only Hillary and Bill Clinton benefited from donations and speaking fees from Russia. Many people had their hands in the Russian till. Manafort and Podesta are just the tip of the iceberg, and possibly a distraction from the deeper crimes. The Clintons acted as a conduit, a money mule for Russian bribery and kickbacks. Everyone that came in contact with the Clintons benefited from their illicit relationships with World dictators and thugs.

From the beginning of the Communist Revolution, soviet Russia became expansive. The old adage was, if the USSR wasn’t growing it was dying. After WWII, the USSR started sowing the seeds of its interests around the world. From China to Africa communist plans were expanded.

The AMC show The Americans demonstrates in a dramatic, if only slightly accurate, way that Russian efforts to corrupt and compromise US intelligence and government from within. The real spies were just as hidden. This spy game has been the status quo between the US and USSR since the Cold War. And, Russia has positioned itself as the rival to US power around the world. So, in nearly every instance where US and Soviet interests collide Russian power and money is used to undermine US hegemony.

Therefore, if Obama and Clinton benefited directly or indirectly from Russian bribery, they are part of a mountain of foreign influence peddling cover-ups. Doesn’t it make sense that other Americans we’re part of a Russian pay for influence scheme? As Sean Hannity pointed out, the liberal media have not just smeared Trump and his supporters with fake news about Russian collusion, they have intentionally and proactively spiked the Clinton/Obama Uranium One scandal.

The accusation that Trump and his surrogates colluded with Russia has always reeked of a criminal with a massive network claiming that a rival Business person who entertains the foray of criminality was actually the criminal. This is the pot calling the kettle black. This is a form of blackmail where the mere implication of impropriety is used to compromise a target. It is a long con.

It is apparent that Paul Manefort and Michael Flynn spoke with Russians about how they could personally make money. As a “consultant” or “advisor” these men benefited financially from sharing their “insights” with Russian apparatchiks. They are corrupt; however, the tentacles of the USSR spread go much deeper than walking around money.

The American system of elections (a constitutional, representative republic with democratic voting through the division and separation of powers and the presidential electoral college) may be the greatest impediment to Russian influence. Because the party in power regularly changes every 8 years. And that power is distributed over the deep state bureaucracy, the Congress, courts and oval office many palms need to be greased. Therefore, the establishment is a convenient tool for Russia to focus its wiles, cash and attention on members of this club.

Russia must hedge its bets by sending Sergey Kislyak to every wine, cheese and caviar party he can find. But he’s the dopey cartoonish version of a Russian spy, and most certainly a bit of a ploy. Russia sends Natasha Veselnitskaya to meet with Donald Trump Jr., Manafort, and Kushner on false pretense to determine the likelihood of the men in the room to flip. All of this intel probably gets filtered through a massive Russian database on each and every person’s value to Mother Russia.

This is the coin of the realm – peddling influence and information for money.

Bureaucratic officials and government liaisons in the State Department, other intel and administration employees are bought and paid like chips. Ambassadors and anyone and everyone with connections can get their hands-on money from Russia if they are willing to trade their time for rubles. How many dinners, vacations, cars and homes in DC are paid for with Russian money?

When you are John McCain, Diane Feinstein and formerly Harry Reid and John Boehner you know how this game is played. Like Obama and Clinton who pushed the Uranium One deal through, many of these establishment members probably got their pockets laced with campaign donations funneled through surrogates, lawyers and non-profits as well. If they did get a payoff and then Russia lied to them or went back on their end of a deal what can they do?

Firstly, they can attack President Trump because he won’t play ball. They will work like the devil to destroy the man who may pull back the wool on this pack of wolves. Trump should be building an investigative arm in the administration to understand and profile the misdeeds of these people. Jeff Sessions needs to work his way through the independent counsel minefield to prove he’s got the stones to go the distance required. The FBI informant that used to be bound by a gag order may provide the evidence to do so.

Trump needs to use his strategic and tactical skill to determine when and where to reveal the extent of the rot and corruption. Right now, like Obama did, Trump can control a drip of evidence in the media that may build to a waterfall. But he needs to have smooth operators working for him throughout these various agencies.

The establishment will likely seek to retaliate against Russia. This is the line that Trump is walking between military hawks and piranha politicians. He is not beholden to Russia or the establishment, but both want their hooks in him. The establishment is still getting its strings pulled by donors and courtiers of Clinton and Obama. They may try to provoke war with Russia as a retaliation for slights and missed payments. And Russia will certainly attack the US in a clandestine manner at our weak points to maximizes the damage and divert attention.

This is the prelude to the Third World War.