The Potomac Two-Step: How Can we Stop the Government? 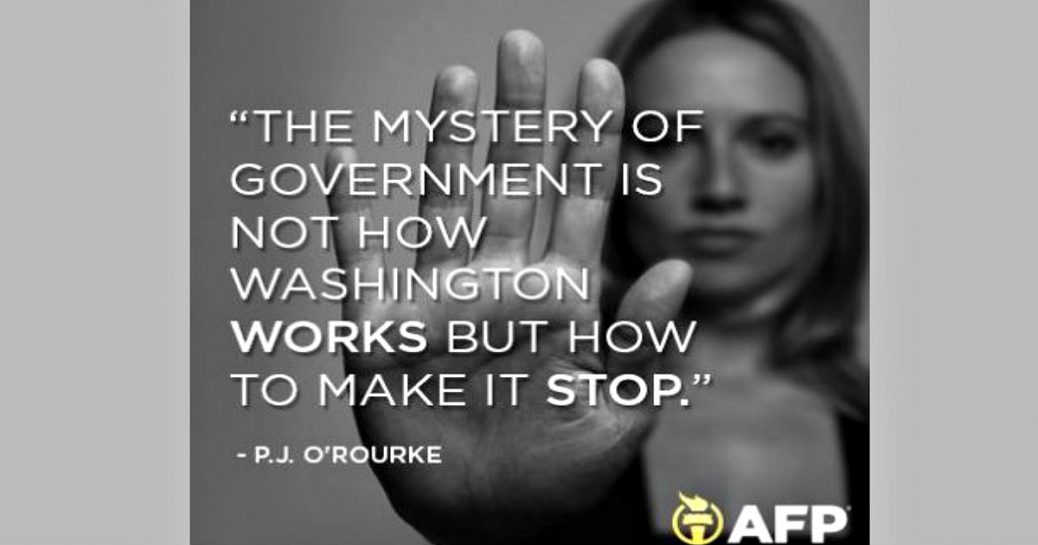 “Too many chefs spoil the broth,” and too many politicians spout out half-truths to stir up sh*t unnecessarily.  Whether its socialized medicine, illegal aliens, or global warming, you can bet there is always somebody who will contest any action be it good or bad just to stir the pot and get themselves on TV.

The fight over repealing ObamaCare has hit the fan and too many congressional chefs are stirring the pot by throwing out crap and adding in more crap.  When Trump speaks the media doesn’t listen.  They just attack and twist anything and everything he says in order to depict him as insane, incompetent, and impeachable.  Both Democrats and Republicans want him out and are setting traps to trip him up so that he willed be damned if he does or damned if he doesn’t.  Their game is to make him irrelevant so they can continue to impose their will on the America people.  In the art of the deal when your opposition sets you up to fail then the best thing you can do is change the rules of the game.  All the media distractions and congressional machinations are just static.  What matters in the end are results!  It is an old trick of the government to quadruple costs until the public screams and then halve them so that people feel relieved and not notice that they are now happily paying twice as much for what they already had.  It’s the smoke and mirrors that follows the dog and pony show of Congress.

All of the BS about Trump’s not being put under surveillance by Obama has been proven the lie it plainly was already just like global warming and illegal immigrants being beneficial.  The rape of a fourteen year old girl by two older illegals, who should never have been in the country let alone in school in the same grade, is being called “consensual sex” as if fourteen year olds have the right to consent to sex with an adult.  There is no evidence they were boyfriend-girlfriend.  (I absolutely believe the laws of consent are wrong and that eighteen years olds are considered adults and under eighteen are considered children.  Teenagers should be a class unto themselves with older teens 16-19 having some degree of adult consent, while younger teens are protected from adult predators.)  The Left’s history of stealing wealth, corrupting the culture, and running scams is long and storied and even now with the freedom of the Internet not fully exposed.  Too many lies and misinformation has been pressed about the ObamaCare replacement bill.

Listening to the media and congressmen no one can tell if it is better, worse, or the same, or if it is a trap Trump is falling into or if he has joined with the Establishment or if we are just being kept in the dark.  The only way we will truly know anything about any of this is when the results they say we should expect are not what we get.  When history is examined all of the Left’s predictions about global warming have proven false, while all of the Right’s predictions about ObamaCare have come to pass.  Americans who pay attention to what they do and not just listen to what they say know where things stand.  They know which side is right and which is wrong.  It is always times like now while the battle rages that the outcome can be obscured by those who don’t want the people to know how they are planning to work for or against them.  All we can do is wait and watch.

Indoctrination: How the Ignorant are being Overwhelmed with Propaganda