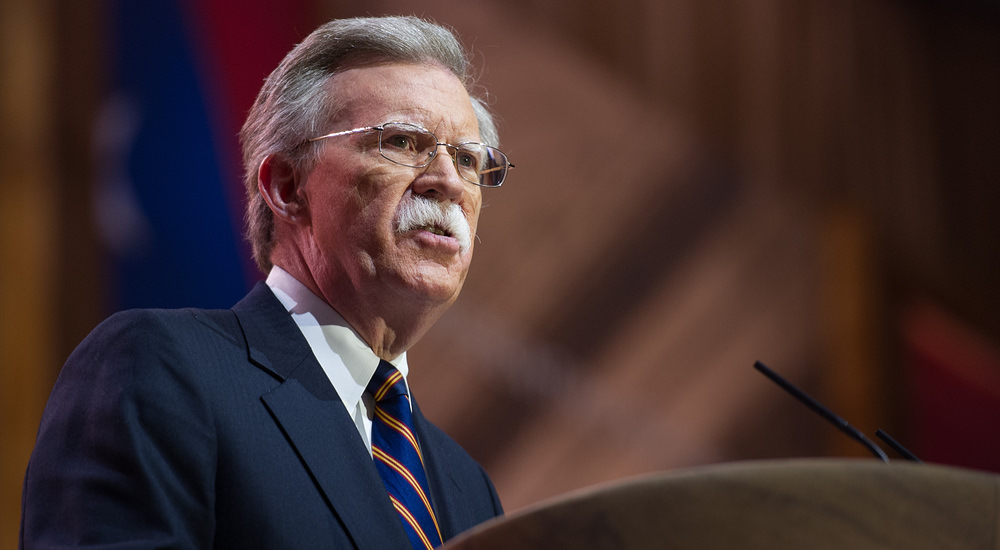 In video (bel0w) Ambassador John Bolton, and rumored Secretary of State in President Trump’s administration, presented a stunning chain of logic and facts on Sunday that DNC hacks during the 2016 election were “a false flag” operation intended to disparage Donald Trump and his Presidential nomination  — committed by the Obama administration itself.

In an interview on Fox News, Bolton pointed to the Obama pattern of “politicizing” intelligence throughout the election cycle and argued the CIA’s alleged findings, presented through it’s $600 million mouthpiece the Washington Post, were motivated by pressure placed on it by the Obama administration. He also pointed to the FBI’s counter conclusion which stated no evidence exists of Russian involvement or interference in the U.S. election.

SHAWN: When you say false flag, that’s a very serious charge. False flag by whom? Here is “The Washington post.” The Post reported the CIA has concluded individuals with close ties to the Russian government hacked the e-mails. Intelligence officials have determined that Russia’s goal was to help trump win rather than simply undermine confidence in the election. Are you actually accusing someone here in this administration of trying — in the intelligence community of trying to throw something?

BOLTON: We just don’t know, but I believe that intelligence has been politicized in the Obama administration to a very significant degree.

SHAWN: Would the intelligence officials politicize this to go so far that could damage our republic and what we have for 200-plus years stood for?

BOLTON: I think the whole thing is called into question and an independent investigation becomes extremely important. I think it’s critical to answer the question I posed. If you think the Russians did this, then why did they leave fingerprints?

SHAWN: Maybe because we have such sophisticated and —

BOLTON: James Comey and the FBI couldn’t find any fingerprints —

SHAWN: They use a different standard. It’s been shown they have a criminal start by the CIA has more of an intellectual —

SHAWN: What do you want to hear? Something from the CIA director?

BOLTON: I’d like to know. I think we have something now. We don’t want to compromise intelligence sources and methods but when you make that kind of allegation, if it were true, and the Russians have the capability and the intention of doing it, I’m not by any means trying to exonerate them, but if you say they’ve done that, let me be clear, either in the cyber world or elsewhere, we should retaliate. It is unacceptable for the American constitution to be assaulted by foreigners in that way. So it is absolutely critical as well that we get the facts right on this, and I don’t think we have anywhere enough in the public domain to know what the facts are.

BOLTON: One thing that makes me very nervous is Barack Obama saying let’s have this report before the 20th of January so I can wrap it up. I think the burden for well or ill is going to fall on Mike Pompeo who has been named as president-elect trump’s cia director. I think he’s trusted by republicans and democrats. He doesn’t bring any baggage. He’s a new official at the CIA. I’d look to him to head up an investigation across the entire intelligence committee. I just think these are such serious charges, again, if the Russians or any other foreign government think that they can undermine the integrity of our elections or defeat our constitutional process, this is just as serious an attack as a military attack.

The term “false flag,”  is typically used to describe a covert attempt by the government to advance an agenda by making it seem like its activities are being carried out by another entity and seems entirely appropriate in this case. In lieu of evidence, presented by the Obama administration, the dribblings and rumors leaked through the Washington Post must be considered to be what, without evidence, they are: partisan attempts to destabilize a Trump presidency.

The Obama administration has shown an 8 year old pattern of being willing to cross any line, say anything, and do anything to achieve their globalist, socialist ends. As Bolton points out, without evidence this example is the latest disgrace and abuse of power demonstrated by an incompetent administration who has done any and everything in it’s power to de-stabilize this country.

Donald Trump would be well served to nominate John Bolton for Secretary of State immediately as this latest example shows him to be a man who understands global politics, Washington corruption, and appears to have the moral backbone to drain the swamp in the American intelligence community.