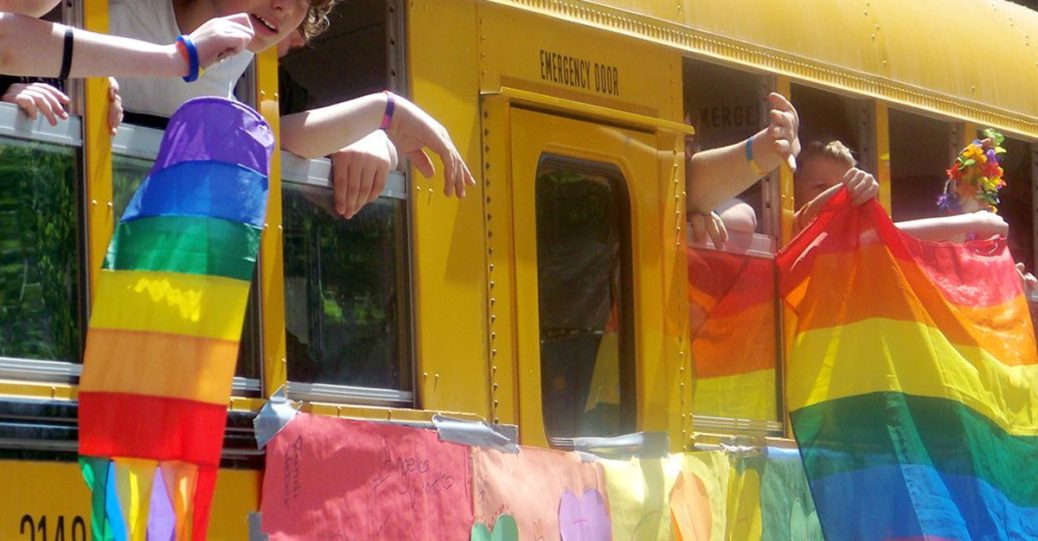 The Portland, Oregon Public Schools system is defending its decision to expose five-year-old children to transgenderism.

According to reports, a PowerPoint presentation trains kindergarten teachers to tell tiny tots that boys can have vulvas and girls can have a penis.

But trannyism is not the only inappropriate topic that the Portland schools are teaching five-year-olds.

Per the the Washington Times:

The school district is using a grade-by-grade curriculum to teach children starting at age 5 about transgender ideology, sexual orientation and the role of “white colonizers” in marginalizing LGBTQ people, according to presentation slides that conservative Manhattan Institute fellow Christopher Rufo posted on Twitter last week.

In one PowerPoint slide for kindergartners, the curriculum labels a cartoon image of male and female genitalia as “person with a penis” and “person with a vulva,” instead of “boy” and “girl.”

“Any kid can have any type of body,” the presentation states, adding that boys can have vulvas and girls can have penises.

A spokesperson for Portland Public Schools told The Washington Times in an emailed statement that the district’s health education, gender and sexuality curricula “are aligned and consistent with anti-bias education and Oregon law.”

A school spokesperson claimed that the district makes “certain that our curriculum is LGBTQ+ inclusive for students who identify as transgender, gender non-conforming, gender-queer.”

A five-year-old child absolutely does not “identify” as anything but a kid.

It is 100 percent inappropriate to teach five-year-olds about sex.