POLL: More than 8 Out of 10 Dissatisfied with State of America 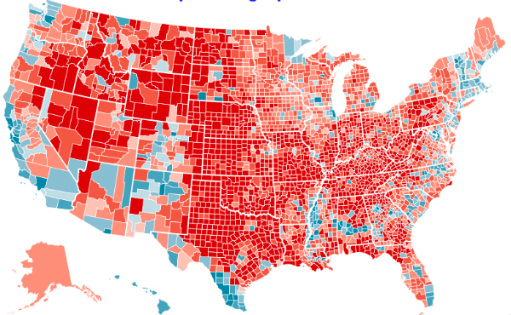 More than 80 percent of Americans in a new poll say that they are unsatisfied with the way America is going.

The result was released by the Gallup polling firm on Tuesday.

According to the poll, only 16 percent said they are satisfied with the way the country is going, but an amazing 83 percent say they are not happy at all. This is down six percent since the last time Gallup asked the question in April.

The poll was conducted May 2-22 via telephone interviews and surveyed a random sample of 1,007 adults living in all 50 states and Washington, D.C., according to Gallup. It has a margin of error of +/- 4%.

President Joe Biden’s approval rating stayed at a constant 41% since April, the poll showed. Just 3% of Republicans approve of the president, compared to 39% of Independents and 82% of Democrats.

Once again, these are terrible results for Joe Biden and the Democrat Party just ahead of the coming Midterm elections.