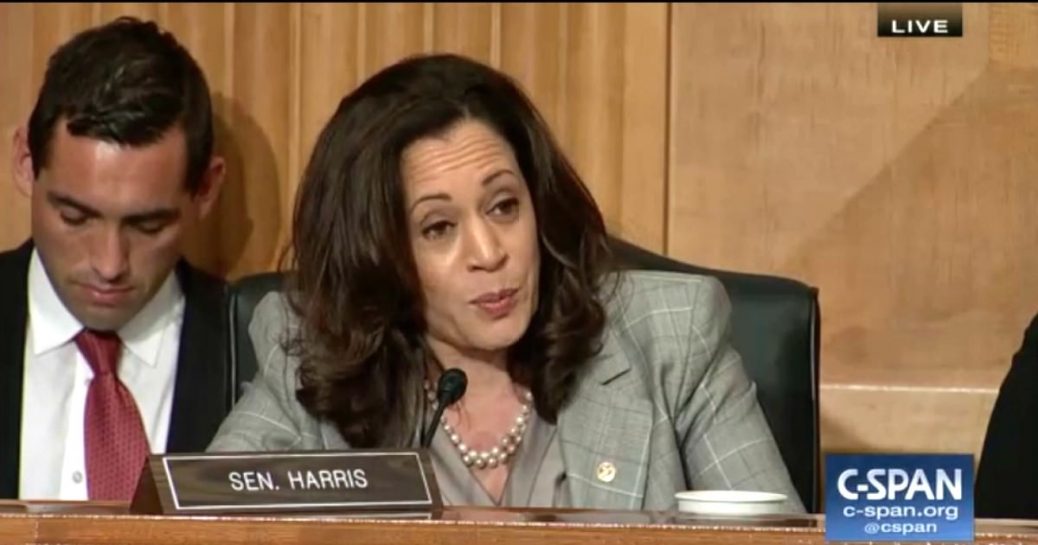 The incessant smear campaigns by the progressive socialists must stop. It is apparent that this is the weapon of choice among the leftists who inhabit the Deep State and the media. The fact that they act the way they do, venturing well outside the rule of law or even basic decency is nothing more than the fact that they feel morally superior and indispensable.  The morality of the past and the affirmation that people can disagree civilly is now gone. Any deviation from moving forward to make the world as they want it must be destroyed and any means are justified to reach the socialist agenda they are working so hard to achieve.

I spent the better part of a day watching the Congressional committee hearings on the confirmation for  Gina Haspel to become the new CIA Director. Lauded by everyone from both sides of the aisle who has worked intelligence, she underwent what should have been an uneventful hearing. The progressive socialists attempted to turn it into a rehashing of the enhanced interrogation techniques used after 9/11. Gina Haspel made no decisions on the use of these techniques, nor did she do the interrogations herself.

Attempting to ensure to show herself as the hard-charging leftist that she is, Kamala Harris made a fool of herself once again. Demanding over and over a yes or no answer to the morality of these interrogation techniques that were legal at the time, she refused to allow Haspel to answer with anything more than yes or no. Anyone with a semblance of intelligence knows that it was not and is not a yes or no question. Questioning the morality of Gina Haspel, a woman who has done far more in service to our country was a disservice to the citizens of this country and was done solely for the purpose on attempting to trash another Trump supporter.

I thought perhaps that the question of morality and answering with just “yes or no” could work in both directions and have formulated some question for Kamala Harris to answer:

Sen. Harris does it show moral clarity to send your trained goons to raid the apartment of David Dalieden, a journalist who investigated the baby part mill that is Planned Parenthood. Are the profits that Planned Parenthood, one of your largest donors a good enough reason to use police-state tactics to attack the press?

Senator Harris, why did you use the bullying tactics that you did in your attempt to force conservative charities such as the Americans for Prosperity Foundation to give you their list of donors from the confidential Schedule B from their tax returns. And what do you feel gives you the right as Californias Attorney General to fine or deny permits to those charities that did not submit to your coercion.? Do you consider it moral to violate the rights of those you disagree with as the states chief law enforcement officer? Is the message you were trying to send that private citizen can be trampled on with no recourse if you disagree with the agendas that private citizens have?

Is it morally acceptable to you to lie publicly to state that no Illegal alien has ever raped or killed anyone? On Feb. 5, 2018, you tweeted

“This administration has ignited anti-immigrant sentiment, characterizing immigrants as rapists, murderers, and people who are going to steal American jobs. That could not be further from the truth.”

Do you consider that DACA was an unconstitutional executive order that Obama put in place without consulting Congress, the legislative body that is tasked with making the laws? Do you see the difference between legal and illegal immigrants or is it your agenda to let everyone in and turn California into a third world hellhole like Venezuela?

Would you explain how you questioned about the San Onofre scandal where you litigated for the CPUC and were criminally investigating the CPUC at the same time, a true conflict of interest? And working with Gov. Jerry Brown refused to release emails and other records until the statute of limitations ran out. And can you explain why these citizens of this state with a $3.4 billion bill in the form of rate hikes?

Do you consider that sleeping with your boss, destroying marriage and being known as  Willie Brown’s “new steady” when he was the Assembly Speaker for California was morally justified? The proven facts that Speaker Brown made sure that you met the right people and got plum jobs that set the course for your political career is moral as well? Was it ethical for Willie Brown to assist you in becoming the first black district attorney in San Francisco, or to be elected fraudulently to become the California Attorney General?

Should the American people be concerned that, according to the Sturgis-Fellowes Institute you are working with Obama and Nazi collaborator George Soros to steal the Presidential election in 2020? It is a fact that Soros dumped millions into your Senate bid and along with other progressive socialist has assured that you already have a war chest of a quarter billion dollars for your run for President in 2020. Do you think a progressive socialist such as yourself can succeed on the agenda being set for you by Soros and use that identity politics of being a biracial female to push your way into the White House? Or will the fact that you refused to indict One West Bank, a bank that showed Soros as majority shareholder? And will you return the money you received from New York AG Schneidermann and George Soros at a campaign fundraiser in 2011

Can you explain how you are so concerned about the shooting at Parkland, and the comments you made after the massacre:

“We cannot tolerate a society and live in a country with any level of pride when our babies are being slaughtered.”

What constitutes a baby, high school students are babies according to your comment, but those babies still in the womb can be murdered and dismembered? You have even raised money for those who perform those dismemberments? Can you explain supporting the mutilation of a baby in the womb as being wholly normal or explain how a baby in the womb has no right, but illegal aliens do?

Sen. Harris, I live in California but if I can find afford a way to do it. I will leave this mounting socialist hell hole you have been a part of growing. What is sad is that many of those on your side of the aisle would be happy to see me leave to make room for your precious illegal immigrants. There are even those who want to make California part of Mexico again in our state legislature. Now, the California State legislature wants to do all they can to ban the sale of the Bible, and replace Washington or Lincolns birthday with May Day, a radical socialist holiday to further indoctrinate the citizens of this state into the socialist lifestyle that you feel we so richly deserve.

The total abandonment of any moral or ethical clarity that is shown by the lawmakers in California has made us the laughingstock of the country. You, Sen. Harris, are part of the destruction of the fabric of what was once a glorious state full of optimism and hope. You and those of the same mindset have given us tent cities and addicts shooting up in the subways and train stations.  California will resist, and your “revolution” will founder on the shoals of decency and respect for one another.