The Politicians We’ve Elected are Destroying our People 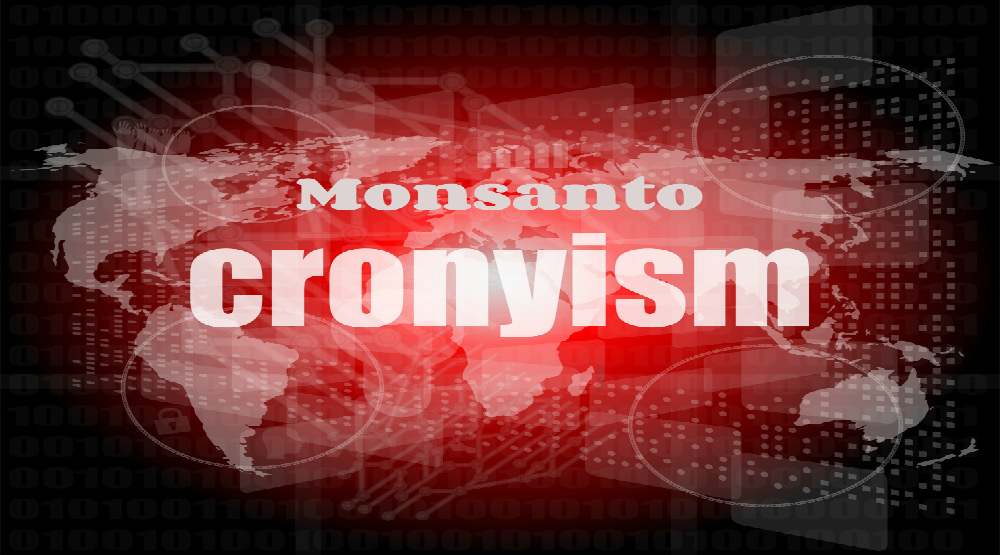 In this series we need to look at what our politicians have done to us concerning the food we eat.  Our FDA has allowed Genetically Modified Organisms, GMO, to be introduced into our food supply.  These foods are genetically engineered to resist Roundup® weed killer.  The theory is this crop will survive being sprayed with Roundup® for better weed control of products.  What I believe is these companies that produce GMO products do so so that they will control the world’s food supply.  They say it is to produce more food to feed the world.  A few facts from the 1970’s proves that GMO’s are not necessary.  In the 1970’s the United States had 6% of the farmable land in the world.  Russia had 30%.  Russia couldn’t feed themselves and we feed the world.

Consumers have been fighting to at least get GMO products labeled for years but the lobbyists for the GMO producers dump millions of dollars into the coffers of politicians to stop the bill.  The worst part of this is the House passed a bill that bans States from requiring the labeling of GMO products EVEN if the State already had a law that required it.  This is called the DARK Act: Legislation dubbed the Deny Americans the Right to Know, or DARK Act (H.R. 1599), passed the House of Representatives yesterday by a vote of 275-150. The bill preempts state and local authority to label and regulate genetically engineered (GE) foods. A Senate version of this bill has not yet been introduced.

“It’s outrageous that some House lawmakers voted to ignore the wishes of nine out of 10 Americans,” said Scott Faber, senior vice president of government affairs for Environmental Working Group (EWG). “Today’s vote to deny Americans the right to know what’s in their food and how it’s grown was a foregone conclusion. This House was bought and paid for by corporate interests, so it’s no surprise that it passed a bill to block states and the FDA from giving consumers basic information about their food.”

More than 300 organizations, companies and food industry and social justice leaders oppose the DARK Act in the face of massive spending and lobbying by big chemical and food companies, according to EWG. Polls show a large majority of people in key states and across the country support mandatory GMO labeling. 1  Notice that it was the Republicans that pushed this bill!

Many independent studies have proven that GMO’s are not fit for human or animal to eat.  David Suzuki a world renowned geneticist, PHD, LLD, CC, OBC has stated “Any politician or scientist who tells you these [GMO] products are safe is either very stupid or lying”. 2  There are too many questions and not enough answers.  The head of the US Department of Agriculture for the last 6 years is Tom Vilsack, a Obama nominee, who supported Obama’s agenda which included the proliferation of GMO products in the market.  Vilsack was the origin of the seed pre-emption bill in 2005, which many people here in Iowa fought because it took away local government’s possibility of ever having a regulation on seeds- where GE would be grown, having GE-free buffers, banning pharma corn locally, etc. Representative Sandy Greiner, the Republican sponsor of the bill, bragged on the House Floor that Vilsack put her up to it right after his state of the state address.

* Vilsack has a glowing reputation as being a schill for agribusiness biotech giants like Monsanto. Sustainable ag advocated across the country were spreading the word of Vilsack’s history as he was attempting to appeal to voters in his presidential bid. An activist from the west coast even made this youtube animation about Vilsack
http://www.youtube.com/watch?v=Hmoc4Qgcm4s 3

The dangers of GMO products are being ignored for the sake of corporate profits. “Most studies with GM foods indicate that they may cause hepatic, pancreatic, renal, and reproductive effects and may alter haematological [blood], biochemical, and immunologic parameters, the significance of which remains to be solved with chronic toxicity studies.”

There are three possible sources of adverse health effects from GM foods:

You have to ask yourself why our politicians refuse to look out for the safety of the American people when so many other nations have banned GMO products? With mounting scientific evidence about the human and environmental costs of GE foods and industrial agriculture, 64 nations now require the labeling of foods containing GE ingredients.1

With so many rejecting GE foods, major U.S. exports of soy and corn have lost international trade value. One expert estimated $200 to 300 million per year are lost in European exports alone.

With regard to China, U.S. corn exports dropped 85 percent in one year (2013 to 2014), according to the trade association, which bases its estimates on data from export companies.3

In Europe, the GMO tug-of-war continues, as 58 GE foods remain legal for import, with 17 new ones added in April 2015 (maize, cotton, soybean, oilseed rape, sugar beets, and carnations).4Individual EU states are granted the option of opting-out.5

Here in the U.S., industry’s greed rages on. Corporate leaders and government officials refuse to heed GMO warnings — even from their own scientists. 7

I haven’t even scratched the surface of the GMO controversy.  I could do 10 columns and not cover half of it all.  I want to show you that it is vitally important that we send competent people to Washington that will do things that benefit and protect us not just line their pockets. Right now the majority are there for themselves and to promote the global agenda.  This election proved that we can change that.