Politically Incorrect Truths from the President Instead of Politically Correct Lies 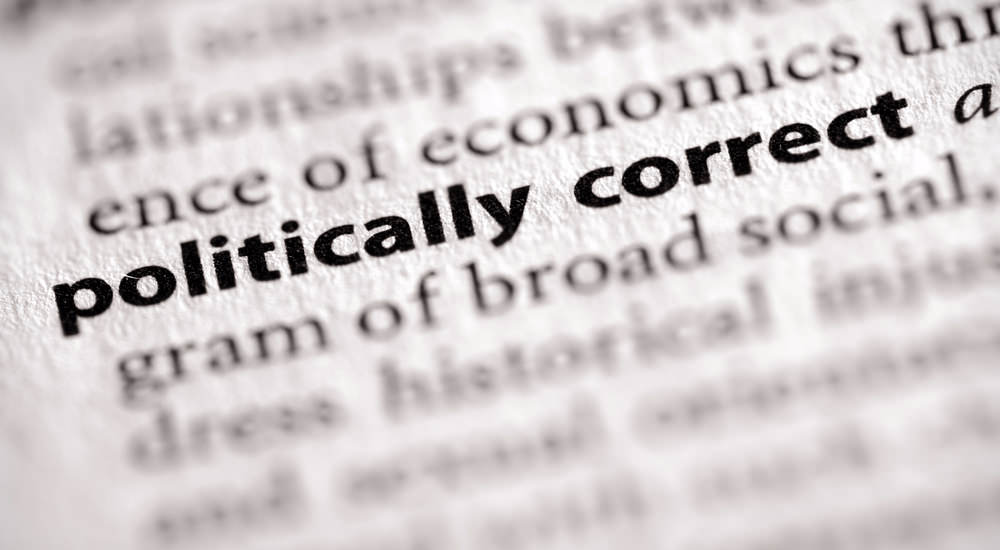 We seem to be under pressure to pretend to believe ideas that we know are not true. This is called political correctness. We used to resist this pressure with pride. We called this resistance by many names. One name was “moral courage.” Another was “truth to power.”

We used to revel in tales of people who defied political correctness. One story was when an overlord ordered William Tell to shoot an apple off of Tell’s son’s head. After Tell did this, the overlord asked Tell why he took two arrows out of his quiver, instead of one. Tell responded that if the first arrow had harmed his son, the next arrow would be for the overlord. The overlord punished him, but Tell ultimately persevered and killed the overlord.

We now have a US President, Donald Trump, willing to say politically incorrect things. Motivated by his example, we should dispatch some of our society’s most notorious fallacies. Below, I will list, then disprove, the most damaging of these fallacies.

It is biologically natural to be gay. No!

If gay people perform what they call sex, nobody gets pregnant. This means that gay people cannot carry their seed to the next generation. Their trait is as unlikely to be passed down as impotence is.

It is feasible to change one’s gender. No!

Women are as physically strong as men, so women should be in combat. No!

Women are weaker. Sports contests are always segregated by gender; otherwise, they would be too one sided to be enjoyable. Women have smaller muscles and bones that are more likely to break. They must do ten times as many weight lifting repetitions to get the same strength improvements. This is a direct consequence of having far less testosterone.

Women should not be in combat because they may become prisoners of war. In the Persian Gulf War, the Iraqis demonstrated that they have no respect for the body of a female prisoner of war. (I phrased that as politely as I could.) Our typical enemy has contempt for all aspects of civilization including chivalry. We must protect women from the dire fate of being prisoners.

If someone is poor, that person is just unlucky. No!

To avoid poverty, one needs to have a full time job. This requires the desire to work hard. To have a high paying job, one needs to acquire skills that are in demand. This can be done in school. School up to grade 12 is free. College is affordable as long as the student seeks only to be educated and resists the urge to attend a snob college, such as the Ivy League. Winning the lottery requires luck. Avoiding poverty requires effort.

Smart people do not have emotional intelligence. No!

Carbon dioxide is pollution. No!

Carbon dioxide is alleged to cause the Earth to become so hot that it will soon not be able to sustain life. The truth is that a buildup of carbon dioxide will not harm us – it has happened before – and unfudged data shows that the planet is not warming anyway. For a real pollutant, if it is removed, we will be healthier. If carbon dioxide is removed, our plants will die, then we will die.

The opposite of being a Democrat or liberal is being a fascist or NAZI. No!

Liberals like to have the government handle their responsibilities for them. In a fascist society, people are allowed to own private property, but the government decides everything else. For a liberal, fascism sounds like a dream come true.

The Democrats believe that the government should be in charge of how goods are produced and how much each person should be paid. This is a socialistic arrangement. NAZI is an acronym for National Socialist Party. It appears that the Democrats would be fond of the NAZIs.

Islam is a religion of peace. No!

Islam is a religion that Muhammed started by encouraging men to raid villages, kill the village men, take their widows as wives, and raise the children to be Muslim. Before Muhammed recruited men this way, he had only 100 followers. His religion now has 1.6 billion followers. If it were not for Muhammed’s war for profit strategy, Islam would be only a footnote in history.

Affirmative action is the only way to prevent people from making prejudicial business choices. No!

Someone who thinks about race, religion, or gender when hiring is shooting himself in the foot. His best choice is the most qualified applicant. Those who choose otherwise will make less money and be driven out of business. Being prejudiced is the road to unemployment. Being prejudiced in favor of a group is just as harmful as being against a group.

The purpose of affirmative action is to help groups that have suffered from prejudice in the past. Individuals who have suffered should be compensated. If this is not possible, the best that one can do for the group is to provide true equal opportunity. Giving groups extra help based on past bias would mean giving a boost to the most discriminated group in all of history: the Jews. The Jews neither want nor need an unfair advantage, but will always be willing to help conscientious people from any group.

These opinions may be harsh, but they can start a dialog about important issues.

Thank you, President Trump, for showing that it is okay for people to express their opinions.