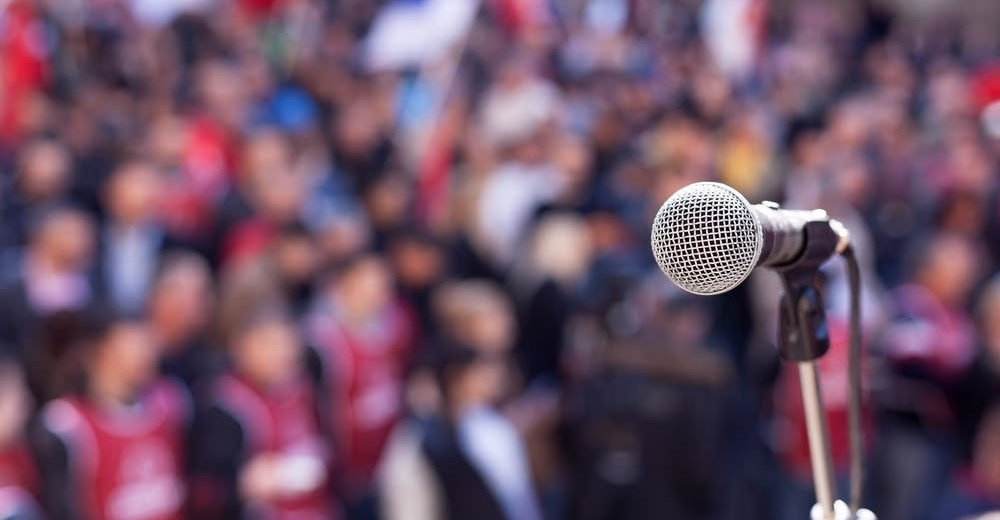 Before one can understand the nature of partisan or party politics, a correct comprehension of The Choice of Ideology is essential.

“Contemporary Political Ideologies is a text book that has been around for a long time. Many of the usual suspects are covered: Capitalism, Socialism, Democracy, Conservatism, Liberalism, Nationalism, Marxism, Fascism, Anarchism, Libertarianism, Feminism and Environmentalism. Since written, additional offshoots have come to include: Neoconservatism, the Paleo versions of Conservatism and Libertarianism and what we will call “Inherit Populism”.

These broad based viewpoints have distinctions, sometimes subtle, often dramatic. The reason why partisan politics is a blood sport is that it is waged to achieve a false party line. BREAKING ALL THE RULES advocates a paleo-conservative philosophy based upon traditional values and moral principles. Consistent with the historic legacy of the founding of this Nation is a lament that most inhabitants are oblivious to our ingenious heritage and purpose of the American Revolution.

The article, Ideology Matters, But What Is It?, clearly repudiates the destructive ideologies that result in the suicidal course this country has taken, especially in the last century.

“The test for valid support is simple. The legacy of the New Deal to the Good Society has constructed a total reputation of American ideals. To deny this reality, is to associate yourself with the cause of depravity. There is no room to compromise on this axiom. The lines are clear, distinct and irrefutable. Career operatives rationalize their support for destructive policies as the price for civility. The notion that getting along with the opposition that is bent upon the destruction of the Nation is psychotic. When polls are cited that the public wants less rank, leadership sinks into the cauldron of deceit and treachery of our heritage. Those of us who advocate a State responsive and accountable to the citizen, are left with few champions to carry the banner of limited government.”

Rejecting an artificial left/right template for a deeper analysis of the publicly accepted nomenclature of liberal vs. conservative is a constructive leap to appreciate the differences that are so prevalent among different factions within society.

How individuals assess politics often rests upon their own personality and outlook. From a report in Clinician’s Digest, the following insights are useful.

“Personality differences are a leading candidate in the race toward understanding the rift between political liberals and conservatives. Using data compiled from nearly 20,000 respondents, Columbia University researcher Dana Carney and colleagues found that two common personality traits reliably differentiated individuals with liberal or conservative identifications. Liberals reported greater openness, whereas conservatives reported higher conscientiousness. This means that liberals (at least in their own estimation) saw themselves as more creative, flexible, tolerant of ambiguity, and open to new ideas and experiences. Across the political personality divide, conservatives self-identified as more persistent, orderly, moralistic, and methodical.

Evidence suggests that these personality differences between liberals and conservatives begin to emerge at an early age. A 20-year longitudinal study by Jack and Jeanne Block showed that those who grew up to be liberals were originally assessed by their preschool teachers as more emotionally expressive, gregarious, and impulsive when compared to those who became conservatives, who were considered more inhibited, uncertain, and controlled. Liberals may show greater tolerance for diversity and creativity, but they may also be more impulsive, indecisive, and irresponsible. On the flip side, conservatives may be organized, stable, and thrifty, but also have stronger just-world beliefs (leading to a greater tolerance for inequality), and stronger fears of mortality and ambiguity. Even recent neuroscience work published in Current Biology from University College London identifies fundamental differences in the partisan brain. Brain scans revealed a larger amygdala in self-identified conservatives and a larger anterior cingulate cortex in liberals, leading the researchers to conclude that conservatives may be more acute at detecting threats around them, whereas liberals may be more adept at handling conflicting information and uncertainty.

Partisan party proponents, both Democrats and Republicans are practicing Statists. Mutual lust to control the levers of government closes ranks, when an external threat comes from dissenting citizens. This background brings us to examine the essay, Speaking Out Against Government is a Mental Disorder, by Susanne Posel.

“According to the psychiatric manual, the DSM-IV-TR, oppositional defiant disorder (ODD) is a mental disease wherein free thinkers, non-conformists, civil disobedience supporters, those who question authority and are perceived as being hostile toward the government are labeled mentally ill. Psychiatrists refer to this mental defect as “Mentality III”.

This mental disorder is defined as: “a recurrent pattern of negativistic, defiant, disobedient, and hostile behavior toward authority figures that persists for at least 6 months.”

Symptoms of ODD include:

¦negativistic and defiant behaviors are expressed by persistent stubbornness

¦unwillingness to compromise, give in, or negotiate with adults or peers

¦defiance may also include deliberate or persistent testing of limits, usually by ignoring orders, arguing, and failing to accept blame for misdeeds

If this alleged ailment has, any legitimate clinical application, it seems that these warning signs, foremost apply to elected officials and party organizations. Reinforcing the practice of the partisan political psychopathic art, John D. Mayer in Psychology Today asks two questions. The first is relevant while the second is naive.”If members of Congress and the executive branch extended genuine respect to one another, wouldn’t they recognize that it is more important to vote for that which is best for the country rather than for that which may promote their political party? If they truly respected one another, wouldn’t the best and brightest among them join in a thoughtful give-and-take to promote good legislation above partisanship?”

Where is the evidence that government has the objective of “doing what is best for the country”? Frankly, the body of facts is so overwhelming that every successive administration builds upon the treason of the last government, that only a faint memory of a constitutional Republic exists. The notion that power hungry grabbers are capable of transcending partisan rhetoric for a good purpose is patently absurd. The only cooperation that ever unites the party politics is to protect the despotism of the State.

Daniel J. Flynn writes about Jonathan Haidt’s book The Righteous Mind in The Psychology of Partisanship.

“Haidt helped devise a questionnaire that gauged moral views by eliciting test-taker responses to statements in five categories: care/harm, fairness/cheating, loyalty/betrayal, authority/subversion, and sanctity/degradation. Haidt likens these moral groupings to the five taste receptors of the tongue (sweet, sour, bitter, savory, salty). It turns out that liberal receptors failed to engage on questions of loyalty, authority, and sanctity. Conservatives, on the other hand, reacted to all five moral categories more or less equally. Haidt’s conclusion is that his fellow liberals are morally tone deaf. “Republicans understand moral psychology,” Haidt concedes. “Democrats don’t.”

It gets worse for liberals. Haidt and colleagues asked their subjects to answer their questionnaire as if they were liberals, as if they were conservatives, and as themselves. Liberals don’t know their political adversaries nearly as well as the right knows them. “The results were clear and consistent. Moderates and conservatives were most accurate in their predictions, whether they were pretending to be liberals or conservatives. Liberals were the least accurate, especially those who described themselves as ‘very liberal.’ The biggest errors in the whole study came when liberals answered the Care and Fairness questions while pretending to be conservatives.” Liberals see caricatures when they see conservatives.

The thesis may prove cathartic for Republican readers. But it’s more useful to Democrats.”

As long as partisan political parties, ignore moral principles, and the “States Rights” framework of limited government the psychological disorders of the ultimate Statist mental illness will spread. It is always amusing when partisan critics rant about the lack of condemnation against opposing party foes, when their silence about the abuses of their patron party hacks goes unspoken.

It is bad enough how ignorant the average voter is when they cast their ballot. As long as people accept and tolerate the two party diatribes against viewpoints that challenge the establishment power cabal, there are no viable prospects for elective solutions. As of this writing, the Rasmussen Reports daily Presidential Tracking Poll has, “Mitt Romney attracting support from 48% of voters nationwide, while President Obama earns the vote from 47%. One percent (1%) prefers some other candidate, and four percent (4%) are undecided.”

How can any thinking and responsible American vote for either candidate? Both are tyrannical teammates for the globalist franchise. Those who speak out against the establishment order are not the ones with a mental illness. Those who vote for their own demise are one-step removed from the infective treachery coming out of the federal government. Paleo-conservative ideology is the righteous political philosophy for a Free People. What is the state of your own mental health?