INSANITY – One definition of insanity:

Doing the same thing over and over again and expecting different results.

The Democrat Party during the eight years of the Obama administration, made abysmal laws, imposed financially damaging executive orders, created the worst American racial situation in 50 years, crafted the most dismal economy since the great depression, put policies in place that generated an extremely high unemployment rate, due to high unemployment, millions of Americans went on government food stamps, and not once in those eight years of the Obama reign did they fall back, regroup and change their political direction, even though they suffered tremendous failures in two elections during Obamas presidency; in other words doing the same flawed things over and over and expecting different results; the American people would start accepting their blunders, political insanity.

Despite eight years of failure, In early 2016 the Democrat party, the far left political morons who support it, and the propaganda arm of the Democrats, our corrupt corporate media, still believed they were supreme, would win the 2016 election, have control of America, and have the unquestioned power to change our country from a constitutional republic to a reprehensible Soros Uni-global realm, that the far left in our country have been scheming to install for decades; political insanity.

Then their insanity blew up on them, Hillary lost, Donald Trump became president, the Democrats were defeated, and our corrupt corporate media were so bewildered and unnerved, its talking heads were weeping and wailing on their programs. Their Hollywood coconspirators were ranting and raving, some threating to blow up the White House; but as were to see it was going to get much worse; sinister men and women that Obama had inserted into the hierarchies of the FBI, DOJ, CIA and other government agencies went rogue and treacherous in an attempted soft coup against an elected president.

In the days after their defeat, the Democrats insanity became progressively worse. These last two years have opened the eyes of so many Americans to what malicious depths the Democrat party, our corrupt media, and Soros funded outside groups could descend to, in an attempt to overturn our presidential election and obliterate the American voter’s choice for president.

These idiots don’t realize how far they are distancing themselves from the majority of American voters or are so politically fanatical they are consumed with what is now no longer politics, but what has become a far left political religion. And in the swamp with their political lies, through their propaganda media fabrications, they just keep on destroying themselves with the American voters, day after day, week after week, month after month, year after year; political insanity.

How did the Democrat party come to this precarious insanity? Well, let’s take a walk down memory lane and refresh our minds.

Barrack Obama was elected in November 2008. He served for eight years, the Democrat Party suffered historical losses under President Obama. Those losses occurred not only in Congress but also at state levels.

The reasons the Democrat Party had those losses under Obama were myriad; Obama and the Democrats dedication to their unpopular policies, ignoring a bad economy and putting in place policies that made it worse, but also a perceptive shift from the policies of the left to policies of the far left, and a distinct weakening of respect for American sovereignty.

It also started to become apparent to more and more Americans, what Obama’s mantra of “Fundamentally Transforming America” actually meant; we didn’t like it.

Here are the results of eight years of the Obama presidency and the Democrat party, under his administration, shifting further and further to the political left:

The Democrats and their party were crushed under Obama, their messiah, and his administration, but it meant nothing to these fools, they were insanely caught up in a far left political delusion of invincibility, they just kept making political left turns while the American voting public was making political right turns. The Democrats should have realized something was wrong and their politics had to change; they took no notice and their only change was to move further left politically. The Democrat party was on a Soros funded, left-wing Kamikaze mission.

Then came the 2016 election. One would have thought an observant and canny political party would have realized the political mistakes that were made over the previous eight years of Obama, mistakes that had cost them so dearly had to be corrected. One would have thought the Democrats would have realized the shift they had made under the Obama administration from courting conservative American blue-collar workers to focusing on a majority-minority coalition was a disaster.

Then due to their political insanity, the Democrat “blue wall” in Ohio, Pennsylvania, Iowa, Michigan, and the South came crashing down. The “wall changed from blue to red.” It is very easy to think the whole Democrat Soros cabal should have been required to enroll in a mental rehabilitation institution.

Of course, presidential candidates also have a great deal to do with election results. Why the Democrats chose Hillary Clinton, that very flawed woman, to represent their party in 2016 will be an interesting conundrum aimed at historical investigations for decades.

With the 2018 elections just three days away, I am going to make some predictions. I believe my predictions are based on some believable facts, so here we go.

Recent surveys have shown the following:

The latest information is that last week President Trump’s favorability rating among black Americans is now forty percent; what is very important to keep in mind is that due to our corrupt media and the Democrats, this election is all about President Trump. If Trump’s favorability among black Americans filters down to black congressional voters and they vote for Republicans or just don’t vote at all lookout, the Democrats are doomed.

Just as important, surveys have shown that President Trump’s favorability ratings among all minorities are higher than he received in 2016. I guess President Trump bringing back jobs for all Americans have changed many minds; of course not in our corrupt media of the insane Democrat Party.

Early voting has been coming in at a much higher rate than normal. At this time votes favoring the GOP (Republicans) are about ten to thirteen percent higher than the early votes for the Democrats. Democrats and their captive media will not put out any of that information.

If the Democrats take the House of Representatives, Nancy Pelosi will become the Speaker of the House. I do not believe that the majority of my countrymen and women will vote to allow that insanity to actually take place.
Due to project “Veritas,” several Democrats running for election to the Senate have been publicly shown to be giving false information to their constituents. Their staffs have gone on public record telling covert Veritas reporters the Democrat candidates will promise moderate actions but in fact have no intentions of doing what they tell voters, they will actually continue to vote in their normal left wing manner. Those prospective Senate candidates are in a whirl of trouble.

The Saul Alinsky political insanity that has been sponsored by the Democrats and their puppet media allies since Donald Trump was elected president has not gone unnoticed by the great American people. I believe the Dim’s and the rest of their mob have gone far beyond political recklessness and are now into indictable criminal actions. The Democrat-sponsored Kavanaugh disgrace was the cumulative tipping point for many, many Americans. That iniquitous judicial absurdity is going to cost them dearly in this election.

The immigrant caravans attempting to illegally invade our country is an unmitigated insult to our country.

Overwhelmingly Americans do not want the crazy immigration poppycock our country has been burdened with for far too many decades to continue. However listen to the open borders supporters in the Democrat Party on T.V., arguing these poor people should be allowed to enter the United States and that President Trump is evil for insisting they won’t be coming in. President Trump’s America is going to have closed Sovereign Borders. The Democrats want open borders; that nonsense is going to cost them profoundly in this election.

Given the above information, here are my predictions for the 2018 election:

• The Republicans hold the House. I don’t care if is only by one or two seats. However, I believe the majority of American voters will give the GOP a more comfortable margin than that.
• I would not be shocked if the Republicans wind up with an additional six to eight seats in the Senate. If it turns out to be eight seats, that would give the Republicans a sixty Senate seat majority. No more excuses.
• Because of the last two years of President Trump’s successes with the economy, employment, tax reform, defense, closing Obama’s executive actions, middle class wage hikes, immigration; I just realized I could probably go on with another page or two of President Trump’s successes, but I think everyone gets it.
• Because of those success stories, and the Democrats political insanity, I would not be totally surprised if instead of the Democrat “Blue Wave,” American voters turn this election into a “Red Tsunami.” If that occurs, the Democrat Party, as it is currently constructed, is finished; their corrupt media allies will go into a death spiral. Example: Ratings last week gave CNN a lower rating than “Nick at Night” whatever that is. Programs like “Morning Joe” will have poor ole Joe looking in his mirror and asking what did I do to myself?
• And yes I know that national polls are showing a Democrat win, at least in the House. However, I seem to remember all the national polls, 24 to 48 hours prior to the 2016 election, were predicting a Hillary Clinton victory. National polls no longer impress me. 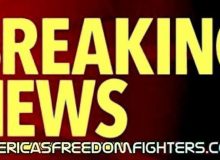