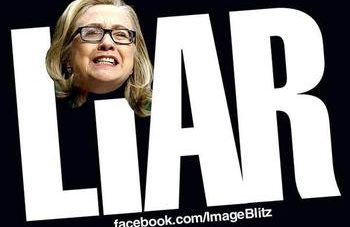 Let’s have an update of the political focus on issues that have not been resolved yet. Some of these issues have been barely mentioned or completely ignored.  The application applies to one or both of them. The issues;

Hillary’s FALL AND CONCUSSION. Hillary fell in 2012 and had a concussion. Hillary said recently has a short-circuit. Kidding aside she has had a lingering cough, and a tic. There have been few press conferences. Have health problems been kept hidden?

FOR PROFIT SCHOOLS. Trump of course had Trump University.  The Clintons were a part of what is Laureate International University. Students some students from both schools ended with high debt and no placement. Trump was one school with Clinton it was many schools

TRUMP’S TAX.  RETURN.  As an accountant the tax return can end up much ado about nothing Mr. Trump’s return could be one of the most complicated in the country. The majority of lines on the 1040 will have an entry. The lines on form B could be filled with interest and dividend income. One business could be self-employment income, C. Schedule D showing sales of stocks, bond, equipment, and real property. Schedule E could be a nightmare; partnerships, sub S corporations, estates, royalties, and rentals, what is the number in each group? Contributions would be high. There would be a reduction for state tax and property tax. Trump could be eligible for credits dealing with solar energy, certain hires, and investment in new equipment. The IRS sets deprecation, and depletion rules. Trump is dealing with multiple states and countries. Who has the time to study all the entries?

MARRIAGES Trump is on third marriage. Clintons one marriage but how many sex partners for Bill.

PRIVATE SERVER. The scandal that will not go away. Hillary was not indicted because the legal bar was set high, and no actual proof that harm occurred. After the Democratic convention the disclosure there Hillary’s private server was hacked. Hillary’s statement that the documents were not marked classified is bogus. SHE SHOULD HAVE BEEN THE MARKING IT CLASSIFIED. She was extremely careless if not negligent. The server question might be answered but she is now facing perjury charges in lying to Congress. Not all the questions about the Clinton Foundation have been answered. Clinton is not clear with congress or the inspector general. Obama and the DOJ might do nothing, leaving the people to convict her in November 2016.

LIES, TRAPS, TEMPERAMENT. Besides the lies dealing with the private server Hillary has been caught in lies concerning sniper fire, and what happened in Benghazi. With Benghazi, Hillary is calling the parents of the victims, liars and they are calling her a liar. Coupled with information of what she did when Bill was president and governor of Arkansas, Hillary has a problem with the truth. Check out the Clinton scandals. Linton set a trap for Trump by bringing in the Muslim father of a soldier who gave his life for the country. Trump tried to defend his stand on a temporary ban on Muslim refugees, but was taken for attacking the soldier. The ties between Mr. Khan and the Clintons needs to be made known. The father is an immigration attorney who has worked to get green cards and driver licenses for refugees. He has made remarks about Sharia law and the Clinton Foundation.

Trump has played the maybe game with a lot of half- truths. He has been very quick on making a comment on what he is observing getting off message. Still an outsider a lot of his comments are speculation that come close to the truth. The quick reaction make some wonder about his temperament.

ESTABLISHMENT. Hillary won the Democrat establishment and beat the outsider. Trump the outsider beat the Republican establishment.  Hillary’s win was made questionable with the WikiLeaks. As an outsider some of the Republican establishment question his political competence and want him to drop out. Many are in a panic motion before Labor Day. Endorsement are often a side show. They can be great military leaders or astronauts but poor member of congress. For health reasons some people start slowing down at sixty, others are still going strong at ninety. There is nothing shame full about retiring anytime in between. What one is exposed to while in the service can change a persons health and longevity.

The true issue is the continuing of what Obama has started, or go in the opposite direction. Obama a community organizer has kept his education transcript hid,  and Trump has run major businesses, who is the qualified one?