Political Correctness: The Oldest Brainwashing Tool in the Book 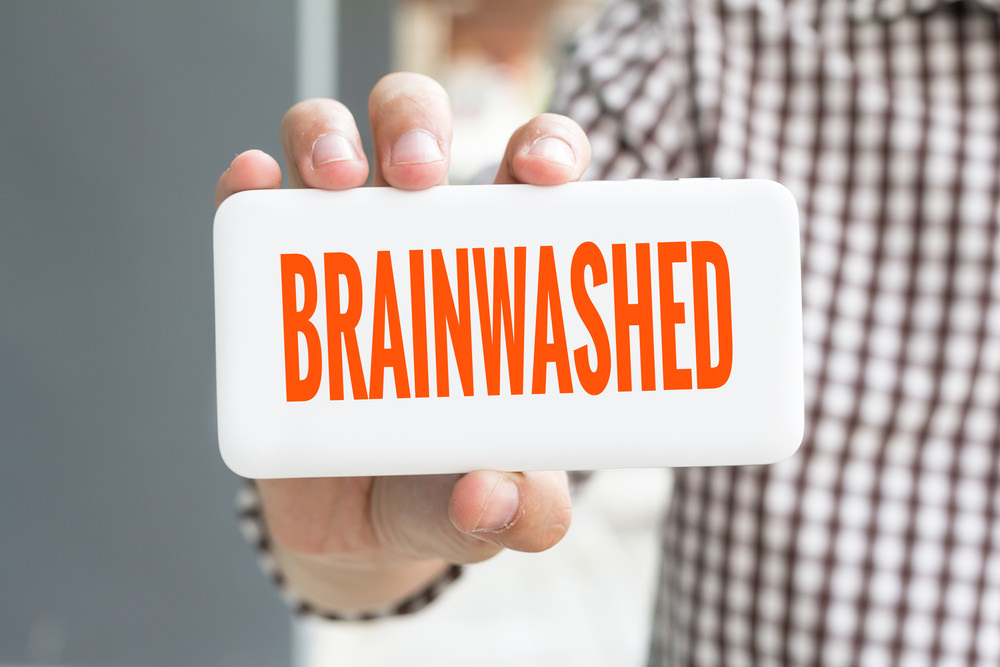 Until I began to study this subject I did not think about  “Political Correctness” being a powerful political tool for many decades until it clearly began to be used that way in America. It actually has roots in Marxism and Communism. There are references to it being used by Marxist and Hitler to brainwash people into not just believing in their Ideology but to ”rise up” and fight for it. Ideologues, young people, and the “have not’s” were the usual target audiences (sound familiar?).

This is not the first time I have noted and written about how America began to be manipulated in the 60’s to become what we are today. There did need to be changes made in America during the 60’s. There was, and still is a lot of focus on racism in the South at that time. This was highlighted by Bull Conner, the Commissioner of Public Safety in Birmingham, Alabama. He ordered the use of fire hoses and police attack dogs to deny civil rights to people of color, including children. However, open discrimination of one form or another was taking place all over America at that time. This made America an easy target for the ideologues that believed they had a mission and were willing to go to any extreme to carry it out. Bill Ayers is a perfect example. He was a co-founder of the “Weather Underground” in the late 60’s. This was a radical off shoot group of the “Students for a Democratic Society (SDS)”. The new group was Communist ideology inspired and willing to, and did use violence to attempt to achieve their goals. When the FBI linked them to several bombings in the U.S. Bill went into hiding. He resurfaced later and became a tenured college professor! In recent years he has appeared on shows like Megyn Kelly’s, where he admitted to being part of that radical group and their activities and said that he “did not do enough”. He recently did a live television interview during one of the first violent riots at a Trump rally.

Unfortunately people like Bill Ayers are not solely responsible for America becoming so “P.C.” and dysfunctional. Many of the people who were elected or appointed to positions of authority in America have played a much larger role in this frightening transition. The Obama Administration, especially Eric Holder and the DOJ have aggressively put the final nails in our Republic’s proverbial coffin. As they do this they are openly as lawless as Bill Ayers and his “Weather Underground” was, and flaunt it to a mostly compliant media and a political opposition that makes little to no effort to stop them. I detailed this in my recent writing, “The Department of injustice”.

As I noted earlier, the roots of this transition sprouted in the early stages of the “non-violent” civil rights movement in the 60’s. Unfortunately the protests were not always non-violent. The Watts riot in 1965 was one of the first to be extremely violent. This was followed closely by the protests against the Vietnam War by peace activist on many of our college campuses and the hippie generation in some of our major cities. Soldiers who were coming home on leave or returning from active duty were booed and harassed if they were seen in public wearing their uniform. The “”SDS” and subsequently the “Weather Underground” came out of this unrest and civil disobedience. As a college student during the late 60’s I saw some of this first hand and more played out on the evening network news.  As I think back about that now I cannot remember a time since then when America was not experiencing some form of protest or organized civil unrest focused on a wide variety of real or imagined injustices.

The organized protest during the Obama Administration have shown an increasing tendency to use violence to try and achieve their goals or simply because they can do it with little to no fear of prosecution. To these people the 1st Amendment is only useful for trampling on the 1st Amendment rights of people they do not agree with!  A clear example of this is speakers who are invited to speak on college campuses that are shouted down by ideologues who do not agree with their views. Or speakers that are dis-invited by college administrators before they speak due to student protest against them on campus.

In the 60’s and 70’s many of the organized protest did seem to have at least some semblance of reason or meaning behind them.  As I look at many of the protest today I actually find it hard to understand how the protesters, including their “leaders” and/or “spokespersons”: could be so irrational and unreasonable. People like Sandra Fluke, a student at a very expensive law school leading a national Democratic supported movement demanding free birth control for everyone because, “the students at her law school could not afford to pay for them”. When many of these people are interviewed by someone that actually has real questions they cannot answer even the most simple questions. Here are two examples. An “Occupy Wall Street” spokesperson who could not begin to explain what the movement was about while the police made no effort to control the illegal protest or stop the open destruction of public and private property. A spokesperson for the “Million Student” protest group that is demanding free college for everyone who stated that the “Government had the money to pay everyone’s tuition”. When pressed regarding where the Government would get the money she replied that she had never been elected to any office so she did not know and it was not her responsibility to know.

Unfortunately in today’s political environment irrational thinking and unreasonable demands by organized groups seems to be the norm, not the exception. This has peaked during Obama’s presidency. He and his liberal supporters have been so obsessed with making America become P.C. that they have taken our country to the point where we are experiencing a collapse of authority and the destruction of 1st amendment rights. As a result of this we are seeing an increasing use of violence by special interest groups and the law enforcement community’s increasing refusal to enforce our laws. And to make matters worse, at times the people in positions of authority publicly blame someone other than the protesters (like the San Jose mayor blaming Trump for the violent protesters at his rally). And then they compound the problems by making excuses for not stopping openly illegal behavior (San Jose police chief) and in some instances actually enabling the violent behavior (Baltimore).

And now we have Orlando, June 11/12, 2016, and I saw a Democrat state representative hold a press conference before all the bodies had been recovered or identified, and blame it on GUNS, BULLET MAGAZINES and GUN SHOW LOOPHOLES! Unfortunately for her these ridiculous and untimely accusations had nothing to do with this act of terror. The shooter was a state licensed armed security guard since 2007, in spite of being investigated by the FBI as a security risk in 2013 and again in 2014! Not a mention by her of radical terrorism even though the terrorist called 911 to express his loyalty to ISIS!

Now it is Monday, June 13th and it is obvious that the “Do not let a crisis go to waste” policy of the Obama Administration is in full effect. Obama, Hillary, Bernie and every Liberal that can get close to a microphone is loudly calling for new gun bans, blaming the NRA and refusing to even say the words “Islamic Terrorist” or “Radical Islamist”. As noted above this cold blooded killer was a declared “Radical Islamist” and had a “current”, state issued, armed security guard license which requires an initial Federal back ground check which must be repeated on a periodic basis.

The Obama Administration is so P.C. obsessed with refusing to use terms like “Islamic Terrorist” or “Radical Islamist” that it was recently revealed that the White House edited video tape to remove the part where the French President used the two words “Islamic terrorist” during a joint press conference with Obama (which is a clear violation of Federal records keeping laws).

We must save what is left of our Republic in November!