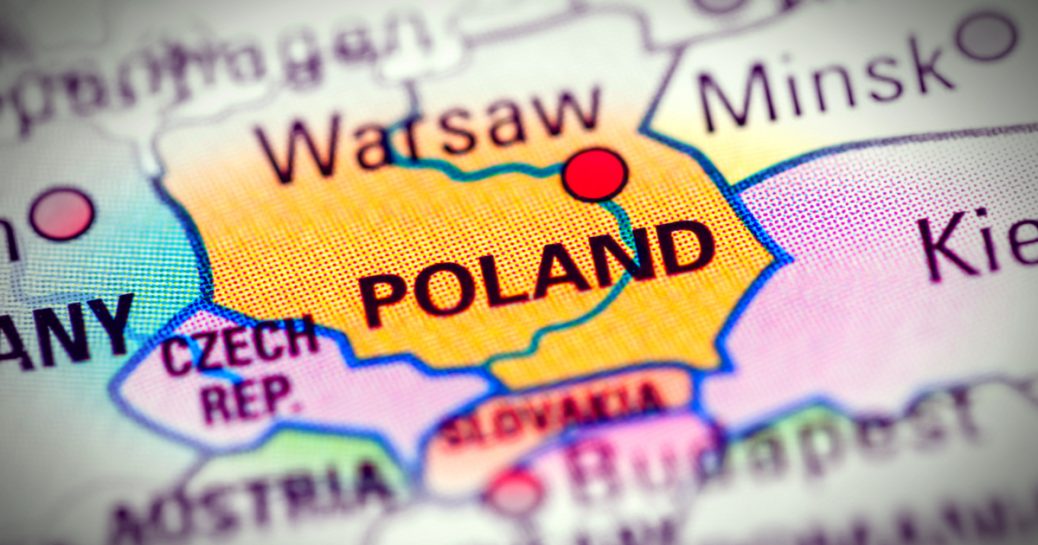 In this post-Holocaust era, the Polish government is denying any complicity with the German Nazi war machine.  Rather, it claims to have accepted European Jewry throughout history and sustained equal oppression by the Nazi invaders.  But such denial can be a deadly form of deception.

Jewish immigration into Poland began with their expulsion from Spain and through the Crusades, as evidenced through archaeological coins of the 10th and 11th centuries brought by Jewish merchants who found refuge.  Jews were welcomed to restore and replace Poland’s serious losses from the Mongol Invasion of 1241, and to increase the townships’ commercial growth.  During times of harmony, the Jews contributed to the country’s economic growth through trade, crafts, and agriculture.  They were used by Polish nobility to colonize new territories and partner in business enterprises.  They participated in all levels of social and political life, created entire villages, and furthered the trade of Polish wheat, textiles and distillations for those of wine, cloth, dyes and luxury goods.  Their culture, their Yiddish language, many newspapers, literature and theater flourished, although their survival was often secured by the increased government taxes (sometimes as high as 70%).

And there were years when Christians accused Jews of unfair competition, blamed them for the Black Death and cannibalism (blood libel), and went on rampages to slaughter and expel the Jews.  The most infamous, in 1648, was the year-long massacre of as many as 200,000 Jews by the Ukrainian Bogdan Chmielnicki who led the Tatar Khan, local peasants, and Russian Orthodox Cossacks – a union of peasants, derelict soldiers, fugitive slaves and convicts known for superb horsemanship and their use of the lance, saber and whip.  The event, known as the first pogrom, was commemmorated by Chmielnicki’s majestic statue in Sophia Square, Kiev.

When Poland was divided in the 1700s, most of her million Jews fell under Russian rule and were forced into the Pale of Settlement, where they were double taxed and forbidden to travel or trade outside the area.  Poland’s regained independent sovereignty in 1918 brought new pogroms, with natives falsely accusing Jews of associating with Trotsky and the Bolshevik revolution. And, despite the seminal Treaty of Versailles that brought WW I to an end, Jewish rights were scorned and Polish Jews prevented from entering civil service and many industries.  In the 1930s, Jews were seen as potentially disloyal and obstacles to modernization, triggering increasing religious and ethnic hatred, street violence and pogroms.

With the invasion of Poland on September 1, 1939, the German military murdered 10,000 Jews,  bombed 50,000 Jewish-owned factories and stores in more than 120 Jewish communities and destroyed several hundred synagogues. Severe restrictions were imposed on the Polish Jews, and hundreds of Poles and Jews were arrested and murdered. Of the 3.3 million Jews who had prospered between the wars, in the press, law and medicine, two million came under Nazi rule, and the balance under Soviet occupation.  Jews were removed to ghettos or concentration camps or liquidated to make “lebensraum” (living space) for Germans. With Germany’s manpower so thinly spread in military conquest across Europe and Africa, native Polish corroboration was recruited to accomplish the capture and slaughter of millions – eighty-five percent of Polish Jewry.  It is thoroughly documented that there were trackers of Jews and that Poles massacred or renounced their Jewish neighbors to the Nazis.

Case in point: After two years under Russian control, the small Polish town of Jedwabne, with about 1,600 Catholics and 1,600 Jews, was captured by the Nazis on June 22, 1941.  One of the first questions asked by the Poles of their new rulers was permission to kill the Jews. Jan Gross’s book, Neighbors, The Destruction of the Jewish Community in Jedwabne, Poland, describes the atrocities performed by about half the Catholic men against the defenseless Jewish townspeople, who then enclosed them in a barn and set it afire.  Sixty years later, on July 10, 2001, a monument was erected at the site of the carnage and President Aleksander Kwasniewski issued an apology, “For this crime, we should beg the souls of the dead and their families for forgiveness.  This is why today, as a citizen and as president of the Republic of Poland, I apologize.”  Alas, the monument blames neither the Nazis nor the Poles.

Jewish Holocaust survivors who returned to their hometowns, homes and businesses, were either chased away by the new squatters or shot, in a revived wave of anti-Semitism that occurred after the last Nazi had been expelled.  In June 2006, a memorial was unveiled to honor the more than 40 Holocaust survivors who, in 1946, returned to Kielce, Poland to reclaim their property and were butchered by Polish soldiers, police officers and civilians.

By 1948, only 100,000 Jews remained in Poland, their culture in ruins.  The last Jewish exodus was 1968-72, prompted by an anti-Jewish campaign when at least 13,000 emigrated, following forms of harassment or job loss.  Today, 10,000 Jews remain in Poland, down from 3.2 million before the Holocaust.  A 2013 survey showed that 90 percent of Poles have never met a Jew but have anti-Semitic attitudes, including the conspiracy that Jews control international banking and the media. The study also found an eight percent increase in the more traditional forms of anti-Semitism, including deicide and the blood libel.

In spite of the incontrovertible witness of history, on February 6, 2018, Poland’s President Andrzej Duda enacted a law that criminalizes any speech that suggests Polish complicity in the heinous crimes against Jews during the Holocaust and the reference to concentration camps as Polish death camps, carrying a heavy financial penalty and/or up to three years’ imprisonment.  If speech is curtailed and criminalized, so should Poland’s rising intolerance and anti-Semitic hatred be similarly restricted and banned.

Their revisionism knows no bounds.  During March 2018, Kornel Morawiecki, former senator and father of Poland’s prime minister, blamed Jews for moving to ghettos to live apart from “those nasty Poles,” and for their own complicity in the Nazi-led genocide against the Jews!  And, while visiting the Israeli Holocaust exhibit in Yad Vashem, Israel, Jan Dziedziczak, deputy director of Poland’s Foreign Ministry, read an inscription that Germans, along with the “Polish police,” guarded the entrance to the Lodz Ghetto, in what was the German-occupied zone of Poland, and demanded its removal.

Poland has taken yet another step toward ridding the land of its Jewish citizens – a bloodless pogrom to the same end.  The ruling party has sponsored a new bill that, if passed, will criminalize the practice of kosher slaughter, fundamental to Judaism, and proposing a penalty of up to four years imprisonment, with its uninformed canard that the slaughter is inhumane and causes suffering.  However, the plain facts are that Jewish laws that govern the humane treatment of animals derive from the Bible and are painstakingly strict.  For instance, a working animal must be fed before its owner, must not be muzzled or prevented from eating grain while working in the field, must also be allowed to rest on the Sabbath, and animals of unequal strength are not to be yoked together, and so on.

The method of slaughter (shechitah) is equally fastidious.  The slaughter must take place away from all other animals out of consideration for their feelings.  A sharp knife, free of any imperfection and capable of cutting a human hair, is used and checked after every single slaughter, and tests have proven that the alternative of pre-stunning frequently causes the animal to suffer for minutes before the actual slaughter. Kosher certification insists upon the highest standards, from the shochet (slaughterer) and his instruments, to the environment provided for the animals.  To deny shechitah to the Jews is to limit their religious freedoms, with others to follow, and to claim the reason is humane treatment is fallacious hypocrisy.

No stranger to the many forms of fascism, including monarchs, Nazism, and Communism, The Republic of Poland is currently seeing yet another “reconstruction of the state” by a party that is pushing through controversial laws that would break their Constitution and allow the government to dismiss many of the Supreme Court judges, inviting EU sanctions.  If democracy unravels, Poland could lose its EU voting rights and, as may be evidenced by the usual “canaries in the coalmine,” the Jews would be heedless not to consider fleeing once again – once and for all.