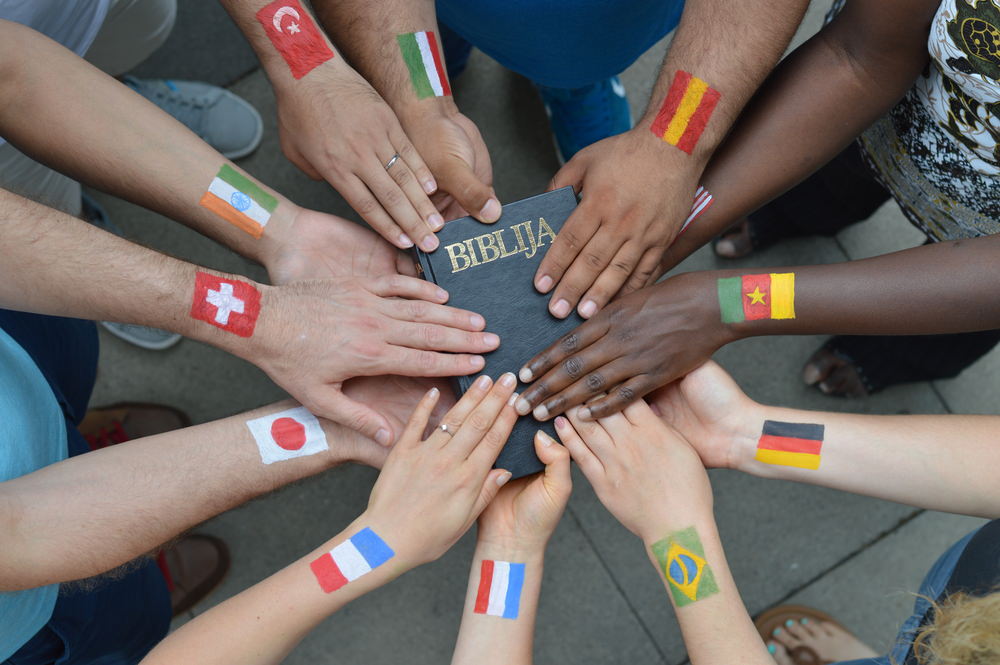 In Sermons, Samuel Johnson wrote “The practice of true Religion consists of two great branches; giving honor to God, and doing good to men”. Most of us believe in human goodness, and would thus subscribe to pluralism. There are many versions of pluralism: cultural, legal, political and religious to name a few. But they all possess one thing in common; a diversity of views, beliefs, and positions on issues, rather than one method or interpretation.

We can all agree that a society in which numerous ethnic, religious, or cultural groups can co-exist within a nation is a noble and righteous testament to a people. The essence of pluralism is that no single explanatory system or view of reality can account for all the phenomena of life. Like most particulars of the physical world, however, pluralism cannot exist in a vacuum, nor can it survive under a totalitarian regime. For it to flourish, it needs to be nurtured in a vibrant and civil society, one in which the people live in freedom and self determination, to believe and think independently of extraneous forces, and have respect for all life in its many aspects and differences.

With this in mind, we could presuppose that the only true and viable system that would allow pluralism to flourish is a democracy, where life, liberty and the pursuit of happiness are ascribed to, and written into its declaration and laws of the land. Although we have not yet reached what might be considered a repressive system of governance in America, where pluralism is under threat, the current administration in Washington would appear to harbor certain positions that reflect a callous disregard for the rights and beliefs of people of faith and conscience.

In the New Testament, Ephesians, there is a passage that speaks on the full amour of God.“Put on the full armour of God, so that when the day comes, you may be able to stand your ground. Stand firm with the belt of truth, the breastplate of righteousness, and your feet fitted with the readiness that comes from the gospel of peace”.

Undoubtedly, the writers of this passage were not thinking in terms of the present state of human affairs, on matters like abortion, same sex marriage, contraceptives etc. But the essence of their words speaks to any of the battles that we must confront in our pursuit of happiness, and desire to live in freedom and in the spirit of truth.

“Of all the freedoms we cherish as Americans, of all the rights that we hold sacred, foremost among them is freedom of religion, the right to worship as we choose, freedom of religion is foremost among God-given rights of man”. These are the words of Barack Obama at a gathering at the White House some time ago. Yet the president’s words do not reflect his actions and radical predisposition toward religious liberty, which if left unchecked, and without countervailing action by the people, could very well put the pluralism we strive to live each day in jeopardy.

The current administration in Washington will use any opportunity and use it to its advantage as a sign of comity with the religious community. But after all that has happened over the last 7.5 years, the use of executive fiat and privilege in remaking legislation, and the ongoing threat to religious liberty in the Affordable Care Act, is there any doubt what this administration is capable of. Religion, especially Christianity, is at the center of a storm and under attack in America and abroad. There are cultural and social forces afoot that seek to undermine religions mission and spiritual influence, and promote a liberal progressive agenda. This assault is widespread and encompasses local, state and the federal governments.

The threat to religious liberty, and our pluralistic system, through the Affordable Health Care Act mandate, is unprecedented in this nation’s history. Even in the military, measures have been taken to deny Christians their right to practice their faith. There have been instances where Catholic priests have been threatened with sanctions for saying the mass. Based on the constant negativity from the entertainment industry, main stream media, and radical atheists; there is an all out effort to remove all signs of religious expression from the public square. Here in New York, Governor Cuomo and other political leaders, Catholic or otherwise, flagrantly abuse and seek to undermine religious doctrine and expression.

These are indeed tumultuous times and most likely things are only going to get worse. Case in point, in the 2013 mayoral election in New York City, mayor elect de Blasio in his victory speech was divisive, and anything but inclusive. Mr. de Blasio went on to say, “The people of this city have chosen a progressive path”. But consider the secular mores of progressivism; such a direction would enable forces whose ideological mandates are a threat to religious liberty. They promote diversity and multiculturalism, which to an extent have similarities akin to pluralism, but their motives and agenda are antithetical to the liberties we cherish as Americans.

Pluralism cannot exist where ideology breaths intolerance toward any group, especially religious institutions, and threatens their ability to practice their faith. The doctrine and teachings of certain Christian denominations, especially on abortion and traditional marriage, will under this newly elected city government become obsessions which they will use to try and batter the churches into conformity.

This nation has fallen into the hands of demagogues with a radical moral relativistic agenda that has little, if any, tolerance for those who believe differently. The problem is too many Americans of faith remain silent and seem resigned to this disturbing and dangerous situation. And whether from the pulpits or political leaders in government, who agree something must be done to stop this assault on religion and our pluralistic system, this threat must be challenged and truth prevail.