Playing the Race Card in America 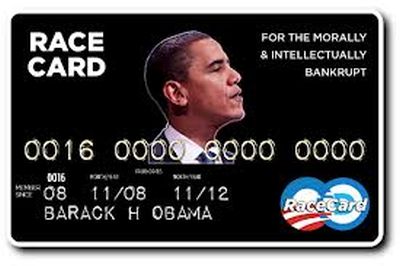 Some analysts contended that Barack Obama’s 2008 election as the President was an evidence that America has overcome its race rancor. However, given the state of the economy at election time, the housing crisis, gasoline prices and unpopular wars, there wasn’t much good news for Republican candidates to run on. Any Democrat, therefore, could have defeated any Republican candidate. As a Democrat, Obama was just so lucky to have run at such a most opportune time.

Looking over his electoral win, Obama decided to change the fundamentals of America. Soon, he pilled up national debt, followed by an overhaul of the healthcare system with public option down the road. Obama frequently reminded everyone: “election has consequences”. The future consequences of such overhaul galvanized opponents, which started to criticize the policies. The President’s supporters felt the heat and soon the blame game started. First, it was the greedy doctors, then the pharmaceutical companies, and finally the insurance companies. When it appeared as if the blame didn’t stick to any of those villains, Former President Carter introduced the “white peoples’ kryptonite”, the ultimate surface-to-air missile that was meant to shoot down what he believed was any high-flying white opposition. He accused opponents of racism, an argument that invariably paralyze white Americans into immediate and absolute submission. It worked! The legislation passed, although on a strict partisan support. Whites in America are usually petrified of being tagged “racists.” It is synonymous to the reaction of Germans when accused of “anti-Semitic.” 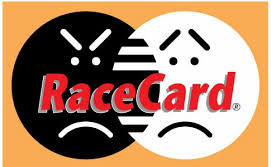 But, many of us who are transplants from black Africa wonder why Obama is always categorized solely as “black”. Genetically, Obama is “half-black”. Although his father was black, his mother was white. As it happens in America, no matter which other races black people mate with, their genetic “half-black” offspring are always automatically black. So, I wonder why is it that every other race dumps its genetic half on blacks, and blacks have no choice but to accept the “rejects” of others.

George Washington was sworn in as the first President of the United States in 1789. In two hundred and twenty seven years, Obama is one of only 44 unique men in America and the only one who is not pure white. But despite his political success, the whites never claim Obama as their own, although he is genetically “half-white”. Whereas blacks readily accept genetic “half-blacks”, other races don’t do the same for the other half irrespective of the achievement or uniqueness of those individuals in the American race landscape.

A first look at individuals like Lena Horne, Eric Holder, Susan Rice, Tiger Woods or Collin Powell, could easily make someone commit a pardonable mistake of calling them white. In the old country we call people who look like that “oyinbo”, a Yoruba common name for whites. From their very light skin tone to other physical features, genetic “half-blacks” look more like whites than blacks. And outside politics where it may be more beneficial to be “black”, our “half-black” cousins rarely have anything to do with the rest of us. Most of them would rather marry whites than someone with darker skin color than theirs, as if the melanin would pollute their purity. The moment they have the opportunity, they bolt out of black neighborhoods to live among whites. Could that actually explain why their advancements in American society had failed to benefit the rest of greater black race?

No matter how much better off members of other races, they tend to stay around their own kind in order to improve the general wellbeing of everyone in their neighborhood. The Chinese stay in Chinatown, the Jews stay in Flushing, the Irish, the Italians, the Hispanics and the rest, all identified with their own kind. The exception is the “half-blacks” who have the advantages of early education, so that they serve as the spokespersons for the underprivileged darker skin. The fact is that the “half-blacks” among us don’t even see themselves as blacks unless when there is a gravy train involved. So, who is exactly “black” in America?