“Pick the Target, Freeze it, Personalize it, and Polarize it”…. Do You Realize the Target is You? 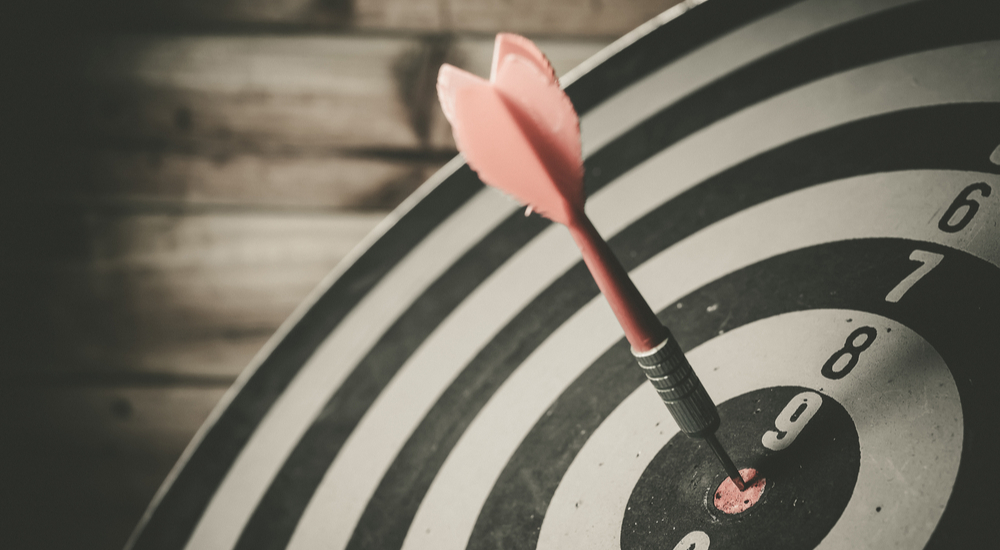 Both Obama & Hillary are Saul Alinsky acolytes; putting into practice all of Alinsky’s Rules for Radicals and “rubbing raw the sores of discontent of the community, fanning the flames of latent hostility to the point of overt expression.” This is not simply “hate” or “resistance.” This is a planned and organized campaign of violent attacks against us; designed to overthrow our elected government and take power. The Media loves this.  Every attack on Republicans gives the Media more viewers.  If someone were killed, the Media would rejoice and justify the murder; because its ratings and its income would rise.

The outrage and hysteria over “ripping little children from their mothers are putting them in cages” is totally fake; designed to coerce passage of a massive DACA Amnesty: This practice is not Trump’s.  It dates back over 3 Administrations. Over 10,000 children were actually sent alone by their parents. Others were separated when they didn’t even know the names of their “parents.”*  Liberal hypocrites were totally silent when ISIS put a Jordanian pilot in an actual cage and burned him alive; and when ISIS put young girls in cages and sold them as slaves.  Liberals actually celebrate Planned Parenthood; though they know PP rips little babies from their mother’s bodies, limb by limb, and sells their body parts for profit.

The tactic of using violent attacks against political opponents at their homes was started in 2010 by Obama, the Community Agitator.  He organized a police escort and busses to take a mob of 500 SEIU thugs to go to the home of a Bank of America executive when his little 12 year old was home alone.*  Hillary did likewise.  Project Veritas produced undercover videos* showing Bob Creamer and other Hillary operatives organizing violent protests at Trump conventions during the 2016 election.  Protestors were given placards, paid $75 per hour and provided bus transport.* We now know Obama had his intelligence agencies spying on the Trump campaign; so they knew exactly where to target their attacks.  Every attack on Trump seniors was staged; Hillary supporters filmed from all angles; and the media stood ready to broadcast any resulting violence.

Conservative speakers at Universities are regularly silenced and beaten by mobs of Black Lives Matter rioters, while complicit University Administrators watch. The inauguration was marred with Antifa thugs rioting and smashing windows* A band of women led by a Muslim Brotherhood operative, Linda Sarsour, marched on DC wearing pussy hats and screaming obscenities. Madonna screeched she wanted to blow up the White House.

Harassing guests at Trump hotels and trying to bankrupt Trump is now an acceptable tactic.   Hillary supporters and Russian operatives demonstrated for weeks outside Trump Towers.  Protestors marred the opening of Trump International in DC.* Two celebrity chefs were induced to quit days before the opening.* The Trump Vancouver opening was also met with violent protests.* Recently, a Left-Wing mob stood for hours outside Trump International, blaring a fake audio of crying children– the supposedly poor, uneducated, illegal Latino children were crying “Mama” and “Papa” in English!!

President Trump, working free for us, has already paid a great financial price.  But he has also paid a huge emotional price:   Kathy Griffin started the trend by holding a bleeding severed head of the President.* A Chula Vista School put a massive mural on an outside wall depicting an Aztec warrior with Trump’s head impaled on a spear.*  An Alaska university professor’s life sized “art work” showed himself as Hercules holding Trump’s severed head like he was the snake headed evil Medusa.* Obviously, the message is “Trump is evil!  Let’s assassinate Trump!”

Insulting the President is now normalized:  Hollywood obviously rewards these attacks and uses them to obtain free advertising.   Robert de Niro shouted “F-ck Trump” at an awards ceremony. (But when a Trump supporter waved a ‘Keep America Great’ flag at De Niro’s show, liberals were outraged and kicked him out!)  Non-stop vituperation; calling the President “Hitler” “Nazi” “Racist” “Homophobe” “Crook” “Mentally Unstable,” “Russian Agent” and “Liar,” are all acceptable.  The goal is to destroy his reputation and take away the love and respect Americans have for our President.

Attacking the President’s family, even the little children, is also an acceptable tactic: Donald Jr’s wife Vanessa was sent an envelope with white powder and had to be taken to hospital.*   Katie Rich wrote that Trump’s 10-year-old son Barron would “be this country’s first homeschool shooter.” Peter Fonda wants to “rip Barron from his mother’s arms and have him raped by Pedophiles.”  Tom Arnold plans to protest, harass and humiliate the little boy outside his school. Trump’s four-year-old grandchild Chloe was threatened.   Ivanka was attacked simply for posting a beautiful photo of herself and her little son; and Samantha Bee actually won an award for “Advancing Social Change” after she called Ivanka a “feckless c-nt” and suggested she commits incest with her father, the President.* GQ Magazine enquired if the President ever committed incest with his mother!* DC Comics announced it stands with “Refugees.”* A Marvel Comics Director  claimed Trump wakes up each morning hoping more children are murdered by Immigrants.*

Attacking and humiliating Trump Staff is justifiable: ABC News posted a false chiron that Paul Manafort had pleaded guilty to five counts of manslaughter.   Sarah Sanders was mercilessly mocked and fat shamed at the White House Journalists’ dinner.  She is constantly attacked at press conferences.  And she was shamed and humiliated and asked to leave the Red Hen restaurant after she had placed an order. The owner followed Sarah’s family across the street to another restaurant and harassed them.* Now late night hosts are cracking jokes about Sarah’s humiliation with one of them saying she is lucky they didn’t put semen in her food!  Peter Fonda promoted his movie “Boundaries” by wishing: “Lying Gash’ Kirstjen Nielsen should be stripped and ‘Whipped’ Naked in Public” * A screaming mob attacked DHS Secretary Kirstjen Nielsen inside a restaurant* and now, these hyenas are howling outside her home.   Pam Bondi, Attorney General of Florida, was forced to leave a Mr. Rogers movie by a mob of men who surrounded her; came within inches of her face and hurled expletives at her. They spat on her as she left.* White House Senior Adviser Stephen Miller was harassed at a restaurant called Espita Mezcaleria in Washington DC.* Now protestors are outside his apartment, handing out flyers, claiming he is wanted for ‘crimes against humanity.’ Senate Majority Leader Mitch McConnell and his wife, Cabinet Secretary Elaine Chow were harassed by a mob outside a restaurant.

Terrorizing DHS members and Targeting ICE agents is also justifiable:  They have targeted DHS staff, leaving a burned out and decapitated carcass at their doorstep.*  Professor Sam Lavigne just doxxed ICE agents home addresses and their children’ names. Antifa had broadcast that information to all its supporters, to facilitate harm to Ice agents and their children.*   John Cusack incited violence by suggesting Ice Agents housing be burned down.*  Florida International University student Andy Vila, chairman of a Young Democratic Socialists of America chapter, suggested during a speech last week that conservative organizations ought to be smashed and have their tents burned down.* This is worse than what ISIS did to us!

Even we, the public, who voted for Trump are deemed evil and therefore should be killed: Christians are being called evil and “white supremacists.”  Donny Deutsch said that Americans who vote for President Donald Trump are like “Nazis;” clearly suggesting that, like Nazis, we should be destroyed.    Maxine Watters just asserted that anyone who supports Trump should not be allowed to eat at a restaurant or go a department store or go out to buy gas.  She explicitly called on her supporters to go and get a crowd and confront any Cabinet Secretary.   According to her, we are evil and deserve to be harassed and forced; exactly like Democrats forced blacks; to stay segregated inside our homes.*

See the pattern?  First the Media and Democrat politicians are inciting hatred and encouraging their mobs to violence.  Then, some unstable person will kill one or more of us.  Then, they will blame us and try to take away our guns; the country will descend into chaos; and the Media will have a field day inciting more violence and making more money.  And Hillary & Pelosi will get back into power.

We are unquestionably the target of Liberal malice and spite.  As James Woods has warned, we should get armed and vote as though our life depends on it.

Caught on Tape: Paid Protesters Get Off Bus, Go To Protest …

Trump not ‘welcome here’: opening of DC hotel met with protests | US …

Actor Peter Fonda targeted President Donald Trump’s 12-year-old son Barron in a late-night Twitter rant about the separation of immigrant families at the U.S. border. “We should rip Barron Trump from his mother’s arms and put him in a cage with pedophiles,…”

Yet Another Actor Also Wishes To Make Barron Trump A Target For … https://www.steadfastandloyal.com/celebrities/d-actor-also-wishes-to-make-baron-trump-a-targ

Sarah Sanders says she was thrown out of Virginia restaurant …http://www.foxnews.com/politics/2018/06/23/sarah-sanders-says-was-thrown-out-virginia-rest

‘Smash Them, Burn Down Their Tent’: Socialist Leader During Anti-GOP Rant

The organizer must first rub raw the resentments of the people of the community; fan the latent hostilities of many of the people to the point of overt expression. He must search out controversy and issues, rather than avoid them, for unless there is controversy people are not concerned enough to act. . . . An organizer must stir up dissatisfaction and discontent.”
— Saul Alinsky

“Pick the target, freeze it, personalize it, and polarize it.“ Cut off the support network and isolate the target from sympathy. Go after people and not institutions; people hurt faster than institutions.

The Left’s Alinsky Plan to Destroy the Trump Administration “Pick the target, freeze it, personalize it, and polarize it.” During the 2016 election, the media tried to stop Trump from winning by focusing on his personal flaws, real and imagined. That failed — so they are targeting the people around Trump   http://www.breitbart.com/big-government/2017/02/14/lefts-alinsky-plan-destroy-trump-administration/