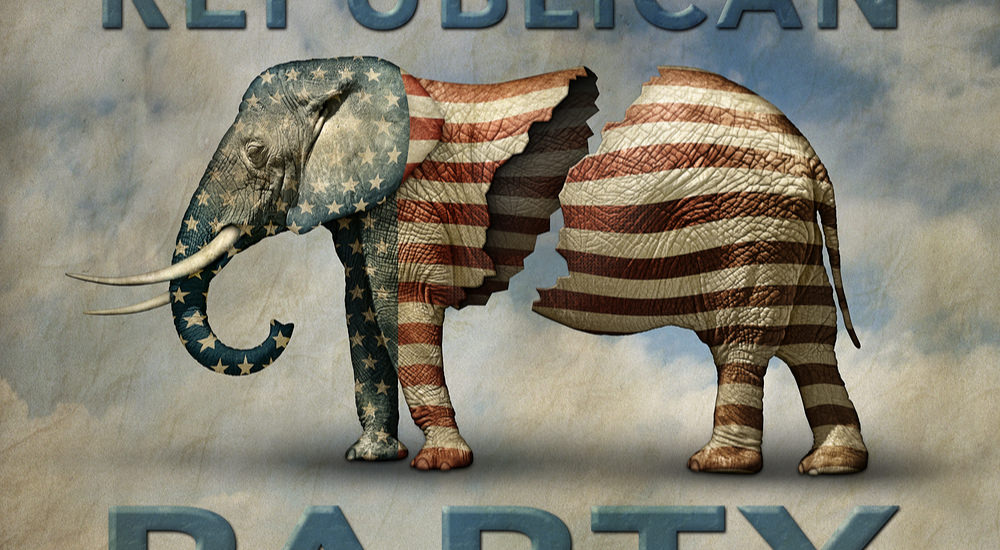 I was talking with a friend, let’s call him John, about some of the persistent flaws that trouble conservatives these days. The conversation went something like this ….

John: “If the USA is a center-right nation, why was Obama elected twice?”

Me: “His win in the first election was due to the economy and, justified or not, (That is another story.) no Republican could have won. His second term was due to the third party candidate.” He looked at me with a quizzical look. I get that a lot.

Me: “In recent history, there’s always a third party candidate and it always hurts and sometimes destroys the party closest to its ideology. Mostly, this has more negative consequences for the conservative candidate.” I got another look.

“OK, first a little history …. In large part, Woodrow Wilson won election due to a third party conservative. Theodore Roosevelt had served his two terms and supported Taft to succeed him because he thought Taft would reflect his policies. Taft did not follow Roosevelt’s lead closely in his first four years and this infuriated TR who decided to challenge Taft as the Republican nominee but when Taft was re-nominated, Roosevelt decided to run as a third party candidate. Back then, the two term limitation was only a tradition started by George Washington so the third term would have been unprecedented but legal. TR started the Progressive Party (Bull Moose Party) which shouldn’t be confused with the Progressives of today. That led to the election of Wilson who got 41.8% of the popular vote, Roosevelt got 27.4% and Taft got 23.2%. It is safe to say that Taft would have won with Roosevelt’s votes behind him and Roosevelt would have certainly won if he headed the Republican ticket.” By the way, much of today’s Progressivism has its roots in Wilson’s Presidency. Hillary Clinton calls herself a “Woodrow Wilson Progressive.”

(Reader, please note I did not have the exact statistics during the initial conversation but looked them up for this article. Talking with John, I had only approximate numbers.)

“Jumping forward, we get to the Bush 41/Clinton/Perot election in 1992. Clinton won with only 43%. Bush had 37.5% and Perot had 18.9%. If Perot had not run, the vast amount of his votes would have gone to Bush leading to an easy Republican win. Arguably, Perot may have spoiled Dole’s chances in 1996 as well but that would have been a much closer Clinton/Dole race without Perot. Those are two (or three) examples of Republicans losing Presidential elections due to challenges from ideological siblings.”

“The third example of a third party spoiler is the Bush 43/Gore election in 2000. That election was handed to Bush by Ralph Nader. Whatever some people think about the “hanging chad” issues, the election was close only due to the 97,488 votes for Nader in Florida. Officially, Bush won there by only 537 votes. Pretty much all of Nader’s votes would have gone to Gore and there would have been no questions about a Gore win.”

John: “OK, thanks for the history but you said, “There’s always a third party.” What about that?”

Me: “Did you vote for Romney last election?”

Me: “OK, then you voted for the third party and you, and others like you, are responsible for Obama’s second term. There is a distinct possibility that your “third party” votes could be responsible for Hillary Clinton’s possible win this year.”

John: “What the hell are you talking about?”

Me: “Not really. I’ll speak in general terms since you can’t assign the same attributes to every member of a large group.”

“For the most part, Liberals have more of a tendency to vote for a candidate if they agree on one or just a few planks in the candidate’s platform. In the past, you have said that Liberals will vote blindly for any Democratic candidate. Like you, many Conservatives tend to stay home if they disagree with the candidate on only one or a few planks. Maybe more important, both groups donate or withhold money as with their votes.”

I offered up some theoretical conversations….

Interviewer: “So, who are you voting for?”

L: “I don’t understand the question.”

I: “What about minorities, gay rights, immigration, etc.?”

L: “Oh, I don’t agree with her on some of that but I still like her position on women’s issues.” or “I don’t know/care about that stuff.”

C: “I’m a conservative but I don’t like the Republican candidate’s position on birth control. He is against abortion but soft on the pill, abstinence, etc.”

I: “What about immigration, national security, the economy, etc?”

C: “Oh yeah, I mostly agree with him on those topics but there’s still that birth control thing.”

I: “The Liberal candidate supports birth control and abortion including late term and partial birth abortions.”

Me: “John, I can’t understand how someone of any ideology can vote for a third party they know can’t win. Likewise, I can’t understand how you and others like you can withhold your vote and donations from the candidate who is closest to your ideology especially considering it will be more likely your true opposition will win. It sounds rather childish, as in, “If I can’t have everything my way, I will take my ball and go home. I will show them.” Terms like “Shooting yourself in the foot.” and “Cut your nose off to spite your face.” come to mind.”

“The basic concept is to vote for the candidate who is closest to reflecting your beliefs in the primary. If your candidate doesn’t get nominated, the person who is nominated is probably the best candidate WHO HAS A CHANCE TO WIN in the general election. Vote for him or her because if enough of you stay home pouting on Election Day, you will be faced with a politician in office who reflects a lot fewer of your views … FOR FOUR YEARS, at least. Do you want someone in office who reflects 75% of your views or 10% of your views? It may be a sad reality that you must vote for the lesser of two evils but if enough of you and your like-minded friends don’t vote, other non-like-minded people will vote for the greater of two evils. It’s as simple as that.”

“I understand that withholding your vote can be viewed as a form of protest. Believe me, I get it. Instead of helping who you view as the worst case candidate, write a letter to your own party. Staying silent just means you won’t be heard. By the way, a real letter gets more attention than an email or phone call. A well thought out and polite letter is more effective than one populated with abusive language. I have sent letters with voided checks. It drives the message home … maybe.

It is sad commentary on this election cycle but VOTE for the candidate who you find to be the least intolerable.