Have You People No Shame? No One Should Defend Racism 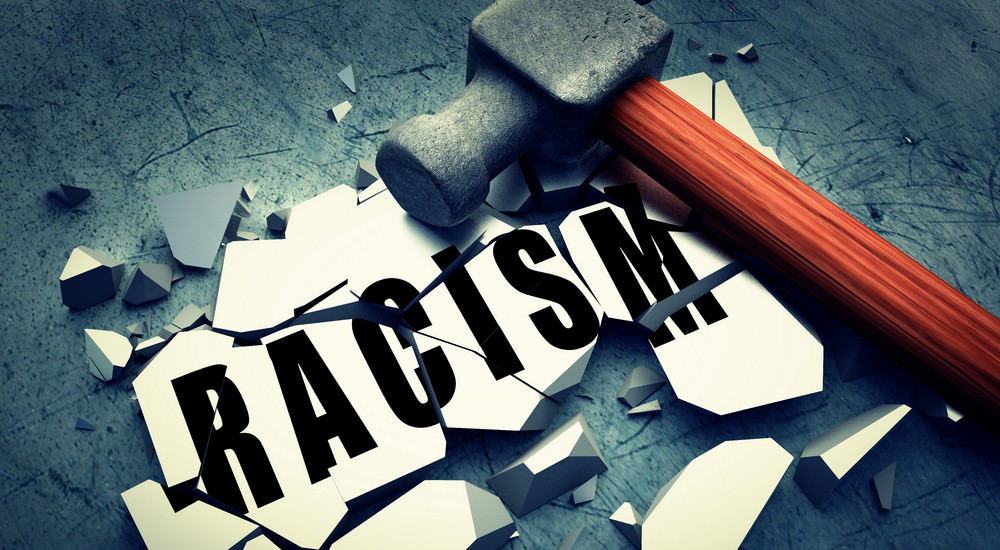 So Donald opens mouth and removes all doubt that he is a racist, bigoted pig. Once again, Donald proves to be no more than the slime of the worst type of American going. Donald uses his racist demeanor, words, and corrupt lies to convince others that a wonderful judge is somehow biased because Trump believes he is Mexican. How can any #neotrumpist defend this slimy lying arrogant psychopath? Donald Trump’s sudden damage control over his racist remarks amounts to complete and utter buncombe. He released a statement where he now raises the specter of the judge being appointed by Barack Obama.

Donald went further with the following statement “Due to what I believe are unfair and mistaken rulings in this case and the Judge’s reported associations with certain professional organizations, questions were raised regarding the Obama appointed Judge’s impartiality. It is a fair question. I hope it is not the case.”

Why then did Donald Trump, over the weekend, reiterate that Judge Curiel could not be fair because he was Mexican and then said a Muslim judge would be unfair too?!?!?? Likewise, the Trump campaign continues to pedal the lie that Judge Curiel is involved in the National Council of La Raza, as opposed to the local Hispanic bar association in San Diego, which goes by the name “La Raza Bar Association of San Diego.” The answer is one or the other. Either Donald J. Trump is a racist bigoted pig, or he is one of the most ignorant uninformed people in America. Now, one would wonder which one would be easier to defend as a #neotrumpist Brown Shirt?

As a voter in the 2016 Presidential election, either answer would give one a minimum of a pause before selecting Trump as their candidate, but in more cases one would actually vote against Trump. America has seen enough division and bigotry with the current President.

The true question is why would Reince Priebus and the GOP make a deal to support Donald Trump? Should one also question Priebus’ ability to make choices and how much power he holds in the GOP? There is currently a petition athttp://www.ipetitions.com/petition/remove-reince-priebus-from-the-rnc , to remove Priebus because of his uncanny ability to destroy the GOP in 2016.

Trump has repeatedly said the judge would be unfair not because he is an Obama nominee, but because he is Mexican, even though the judge was born and raised in Indiana. Trump doubled down on that remark and added Muslims as an additional category of person who could not fairly judge him.

Republicans thought they could make a deal with the devil. The Republican establishment preferred Trump to Ted Cruz. They loathe Ted Cruz and figured they could at least cut deals with Trump, control Trump, and that Trump would grow up once he got the nomination. Deals with the devil never work out for anyone other than the devil.

As grassroots Constitutionalist and strong conservatives, many millions of Americans have not voted for, will not vote for, and will stay home instead of voting for Donald J. Trump. This is the beginning of the ending of the Grand Old Party “GOP”.

Have Republicans no shame? They’re handing their nomination to a gold plated fraud who will cost the party not just its integrity and not just its soul, but also its chances of winning for at least a generation.

Last night in North Carolina, Renee Ellmers got crushed. She was the first Republican to get Trump’s solid backing. She will not be the last person to see her career annihilated by being in Trump’s orbit. Republicans currently in the fetal position consoling themselves that it cannot get worse are sorely mistaken. It will get much, much worse.

WELCOME TO THE REPUBLICAN CIVIL WAR………….