We the People Can Fix This Country if We Listen 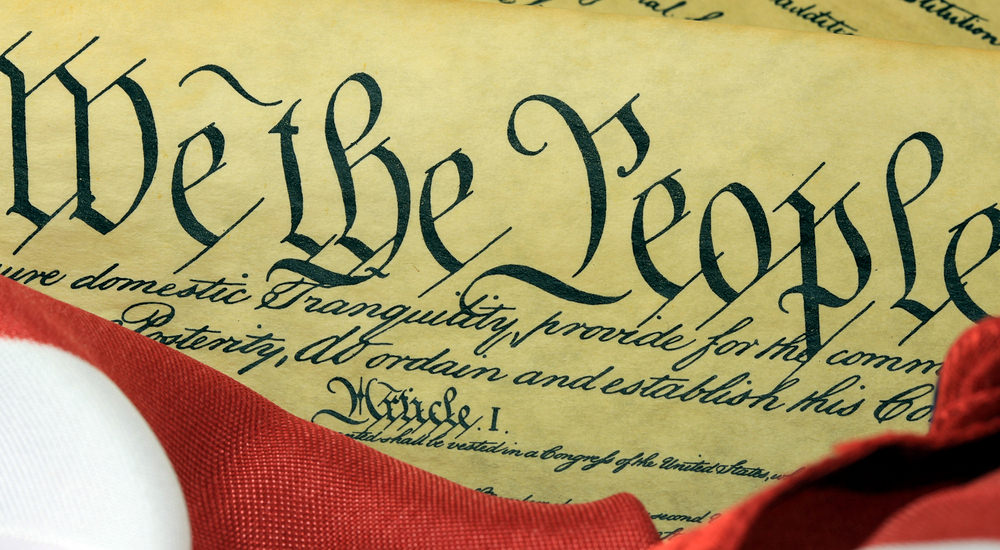 Most people really don’t want the truth. They just want constant reassurance that what they believe is the truth.  It is easy to persuade the general public to believe outright lies.  Just tell the same lies over and over.  What most seek is merely daily relief from whatever ails them in their individual worlds.  They simply fear that the cure might be too painful because the cure requires accepting the truth.

No one believes a lie because he has to. He believes the lies because he wants to. Some simply refuse to believe the truth.  That is known as denial.  Others believe the messengers because the message already fits in with what they believe, and they hear exactly what they expect to hear.  This gives comfort to those who are comfortable with deceit.  We must be able to tell the good from the bad.  We have either lost our ability to reason, or has it been taken away, because we now seem unable to tell the truth from a lie.

Thomas Paine said:” To argue with a person who has renounced the use of reason is like administering medicine to the dead.”

Facts and reality never matter to those who have been “conditioned” to believe a lie. Education should be designed to train our minds to think. (Albert Einstein) The authorities taught me to believe in and respect the “authorities”.  As I matured, I learned that the ‘authorities’ did not always tell the truth… I could not continue to accept “facts” with research on my own.  Recently countless articles that I have read state an untold number of opinions on an infinite number of topics.  The majority expressed dissatisfaction with the way’ things’ are today.  So I gradually woke up to how strongly people tend to defend their beliefs (true or false).  Don’t get me wrong, I am one of these people, as well!  But I won’t try to force my beliefs on you.  My beliefs come from our Constitution and its Principles.  I encourage you to form your own.

This necessitates being open-minded. It also requires a little work.    If you consider that too difficult, never mind.  Hopefully, when the truth dawns on you, it won’t be too late.

I truly believe that this country was founded, with God’s blessing, to protect our freedoms.   Although it is not specifically spelled out in the Bill of Rights, this includes freedom of choice.  It’s stays high on my priority list.  Let me be clear – that means MY choice – not choices made for me by a far-away government.  Can I really believe it when they tell me that it (they) know what’s best.  How could they possibly decide for me what is in my best interests?  Even when they ask our opinions, they ignore our answers and do precisely what they want anyway.  It’s ignoring the Rules when they want to implement parts of their agenda and the rules won’t allow it.  Some of their tactics include force, threats, or coercion, to abuse, intimidate or dominate others. The behavior is often repeated and habitual. These are the same tactics that define “Bullyism”.

Haven’t you heard? No Federal money unless you change bathroom policy, adopt Common Core, and so on. Articles exposing the Democratic tactics of using prisoners and dead people at the 2012 polls to guarantee winning the election.  Another article exposed a Republican administrator removing 200,000+ names from the voter’s list – people who are still alive & well, now unable to vote on Election Day.  I suspect they were Democrats, since the purge was done by a Republican.  So both parties are guilty of deceit, and are merely looking out for themselves.  They are so determined to win (and keep what they’ve got) that they have traded ethics and honesty for personal gain. Both parties are guilty of unethical tactics to assure their victory. And they have the audacity to point fingers at the other party?  Shame on both of them!  They are always quick to assure the voters that their side is the TRUTH!  Hogwash!  It’s just that it’s far easier for the public as a whole to accept the message as true – without any investigation or verification.  And just because “Others believe it” doesn’t make it so.  And the media successfully reports with their particular view/ slant to the NEWS.

I have only recently become aware of how divided our society actually is. I watch while both candidates try to hammer the wedge in further. Have we gone too far to make a U-Turn and take a different path?  How do we now address our fear of the Truth and eliminate our growing disillusionment with the political establishment as it exists today?

We can no longer dwell on whose fault it is. We need a plan to fix it. After the building burns down, it’s not important to find the match – we must get on with rebuilding as soon as we can.      Our current political system is not “We the People.”  Many have already said the “System is Broke” Too many of us still believe this, but just hide & watch for a while.  Tune in the every episode.  I hope that you’ll see that the misuse of the system is destroying America. Our leaders use politics and government for their own personal gain. Both nominees are using the “divide and conquer” method to guarantee their success. There are too many things that really need our attention to continue to ignore reality.  I hope we have not totally lost our sense of reason and truth.  We seriously need to address terrorism, economics, Obamacare, welfare, immigration, human rights, the Court System, a balanced budget, transparency and much, much more. WE THE PEOPLE have the responsibility to fix what’s broke.

But what have we been doing? Many have given in to their internal fears.  Individual needs and prejudices make us resistant to new information.  People do not like their beliefs challenged.  It makes them feel insecure.  Hidden factors also affect whether folks believe or not.  So it is necessary to really communicate, and that requires listening to messages and examining our beliefs and to become more receptive to the truth.

The roots of deception go deep. To uncover and eliminate this, I urge you to assume NOTHING.  It is our responsibility to question EVERYTHING.  If you have not already done so, OPEN YOUR EYES.  And finally START THINKING.    Nancy Reagan said” the future of the Universe is in our hands.”  There is still time.

May God open your eyes to the TRUTH, because TRUTH matters!

If Trump runs again, will he be coronated or primaried?
April 22nd, 2021 Liberty Unyielding

Thus Far in 2021, Big Tech Has Cracked Down on Free Speech More than Ever Before
April 22nd, 2021 Flag And Cross

If We Can Prosecute Chauvin For 1 Murder, Let’s Go After Bush, Obama, Trump & Biden For Thousands
April 22nd, 2021 Sons of Liberty Media