Pelosi Should Tear Down the Existing Border Wall 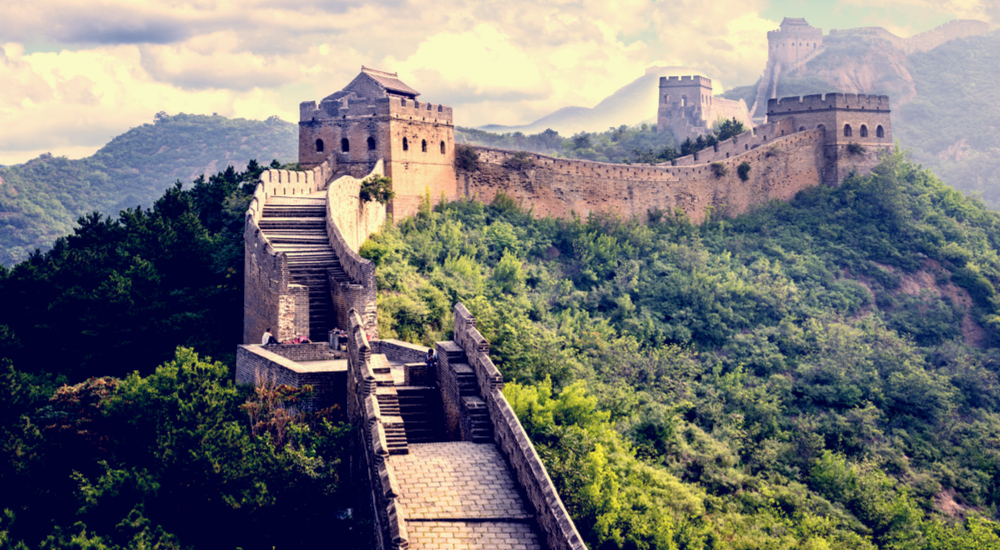 There three kinds of Democrats when it comes to border security:

1) The true believers in globalism who think there should be no borders. “We are one world, one civilization, one big happy family.”

2) Those who know we need a border wall for our nation’s security, but are unwilling to spend one cent on it because it would be seen as a win for the president. This includes almost all the current Democrat leadership as well as Obama and Hillary. They voted for the “Secure Fence Act of 2006” which appropriated $50 Million to build a border barrier along 702 miles of our border with Mexico.

3) Those who know that the wall is vital to keeping our country safe and think their Democrat leaders are fools for allowing their hatred of Trump to override their responsibility to defend our nation. Many of these Democrats voted for Trump for this very reason.

In light of this, I found a comment by Karl Rove on FOX News very interesting. He said that Nancy Pelosi has repeatedly declared that a border barrier (whether you call it a wall or a fence) is “immoral.” If she really believes that she should immediately introduce a bill to tear down all the current fencing and walls on our Southern border. If she truly believes that protecting our borders is “immoral” then she is the worst of hypocrites if she doesn’t do everything in her power to remove the existing protection.

Of course, she won’t do that because of the third category of Democrats I mentioned. You see, most Democrats want the same things that most sensible Americans want. They want the government to fulfill its primary function – the protection of the American people. I believe most Democrats are conservative regarding the most important issues.

Then why do they vote Democrat? Mainly because they don’t understand what their party truly stands for. In thousands of interactions, I have found the average Democrat to be woefully ignorant of their party’s goals. The vast majority of Democrats have never even read their party’s platform!

There are other reasons why people vote Democrat. Their families have always been Democrats and they would be black sheep if they didn’t. They are members of a union. They are lesbians or homosexuals. They are on welfare or other government assistance, and they know the Democrats will keep the money flowing – even if they are able-bodied people who just don’t want to work. They are government employees who want to keep their privileged status. Government employees get paid far more for the same work as private sector employees, and it is almost impossible to fire them even for the most egregious actions.

But none of that changes the fact that most of them believe we need a border wall or fence. The latest polls show that almost twice as many Americans believe border security is a “crucial issue” as those that disagree. That means millions of Democrats agree with Republicans that our nation must secure its borders. Many of them quietly voted for Trump because of the wall issue – but they didn’t tell their families or fellow union workers about their “sin.”

So why did the majority of Democrats in the legislature vote to spend $50 Million to secure the border in 2006, but they refuse to spend 10% of that amount today? To understand this, you have to understand two things:

1) As a group, Democrat politicians have become immoral. Their oaths of office, their responsibility to their constituents, even the Constitution – none of these things are as important to them as raw power and getting reelected. Yes, some Republicans are equally immoral, but they are few and far between. Today it’s almost impossible to find a moral Democrat in the party’s leadership.

2) The political climate of 2006 influenced their vote for border security. The majority of Democrat voters were in favor of it. And the House had passed a bill that would make any undocumented immigrant a felon. Since the Democrats in Congress want as many illegals as possible in the U.S. (because they vote overwhelmingly for Democrats), they were afraid that the bill would pass in the Senate and be signed into law. So, according to the Boston Globe, they saw the Secure Fence Act as the lesser of two evils.

(It is a crime to enter the country without permission. But the first illegal entry it is a misdemeanor crime punishable by 6 months in prison. But it’s not a felony. Once an illegal has been deported and then re-enters the country it is a felony, punishable by two years in prison. So when Democrats say, “It’s not a crime to enter the country,” or “it’s only a misdemeanor,” refer them to U.S. laws 8 U.S.C. 1325 & 8 U.S.C. 1326.)

What’s the bottom line? Is Pelosi right? Are walls immoral? And do they work? 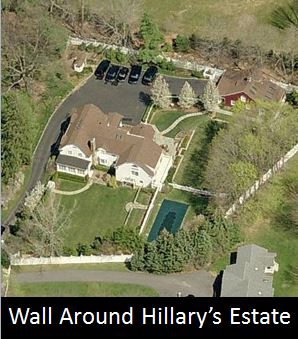 1) Pelosi, a multi-millionaire, has a wall that completely surrounds her palatial estate and mansion, as do the Clinton’s and most Democrats who oppose the wall.

2) The pope said President Trump is not a Christian because he wants a wall. But much of Vatican City (and especially the part where the pope lives) is surrounded by miles of walls that are up to 30 feet tall. By the way, the walls were built to keep out Muslim invaders (although the Vatican prefers to be politically correct today and refers to them as “barbarians”.)

3) Almost one-third of nations today (including our closest allies) have border walls, mostly to defend against illegal immigration. The nations that don’t have walls either have natural barriers or are places no one would want to sneak into.

4) The Great Wall of China (pictured at the beginning of this article) is the most famous border wall in the world. It is over 130,000 miles long. It protected China for centuries.

5) The U.N. legitimized the use of walls when the international body itself built a wall in Cyprus. Its purpose was to end a war between Greece and Turkey – and it worked. Yet most U.N. members still condemn the U.S. border wall.

6) Morocco built a 1,700-mile long wall on its border with Algeria, which resulted in a cease-fire, and later an end to the Western Sahara War. And it has kept the peace for over 25 years. So much for the Democrat’s argument that it would be impossible for the United States to protect our 2,000 mile-long Southern border.

7) Israel built a 20-foot high wall topped with barbed-wire on its West Bank border after thousands of terrorist attacks that killed or maimed tens of thousands of Jews. After the wall was completed, terror attacks were reduced by 90%

8) After 9-11 the U.S. got serious about border security. In the SanDiego District alone, the number of people caught crossing the border illegally has dropped dramatically. In the early 1990s, about 600,000 people attempted to cross the border illegally. After the construction of a fence and increased border patrols, that number dropped to 39,000 in 2015. 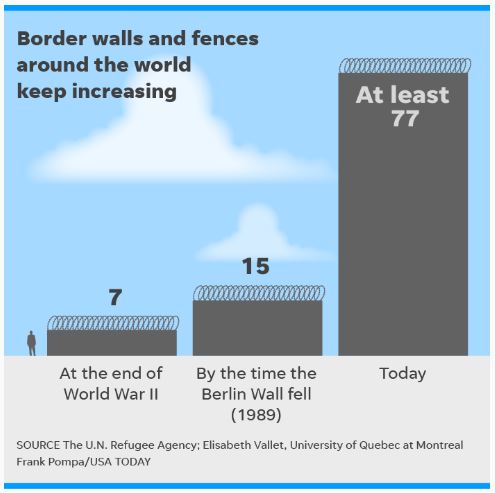 Walls are not the total answer to our problems with illegal immigrants, human and sex traffickers, millions of pounds of drugs, MS13 gang members, dangerous criminals, and Middle-Eastern terrorists pouring across our border with Mexico. But centuries of history prove that walls make a huge difference. Which is why the number of nations building them has risen from 7 to 777 since WWII.

VIDEO On the Success of Border Walls